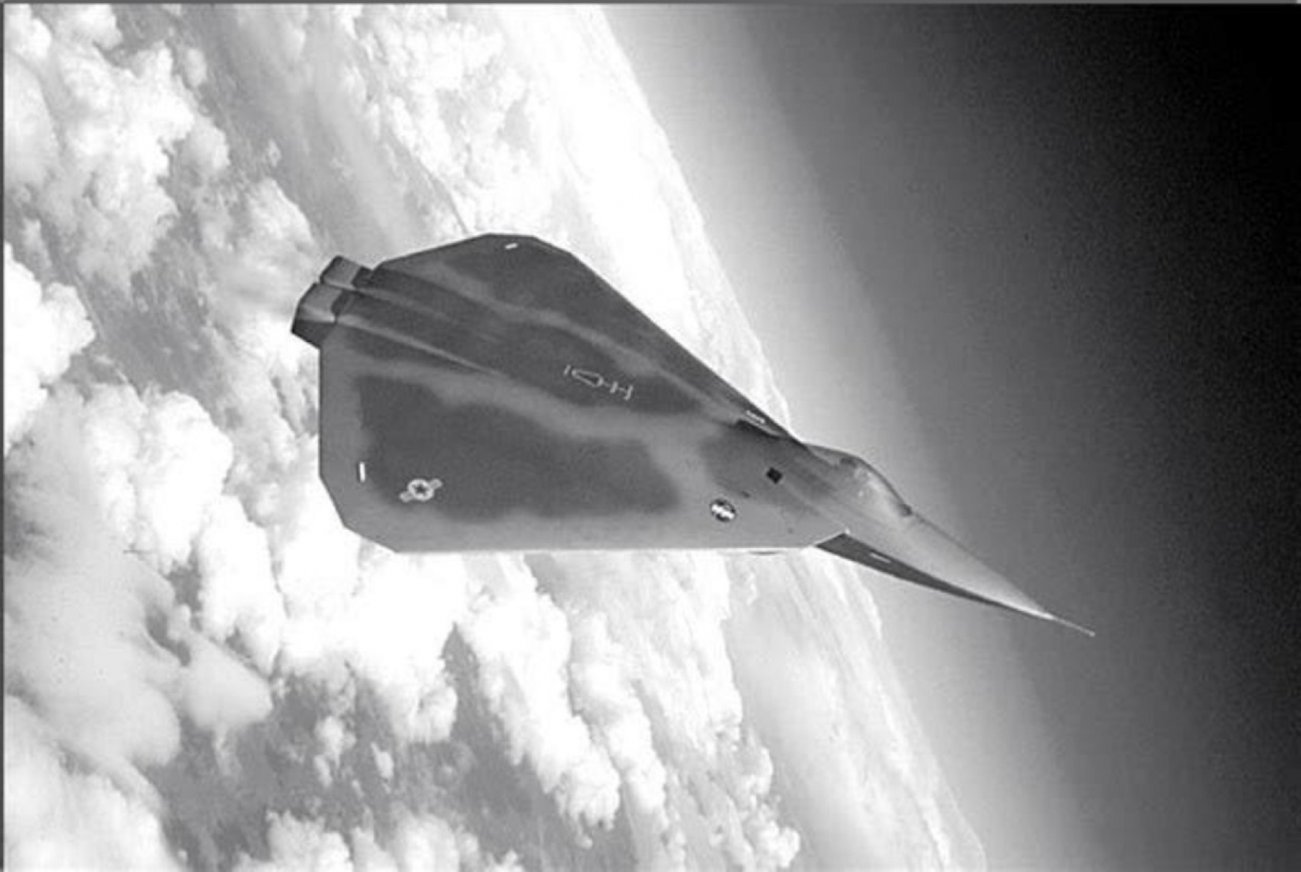 Instead of using standard control surfaces to maneuver while in flight, the MANTA maneuvered using thrust vectoring, in which the dual engine’s exhaust nozzles could direct exhaust in various directions.

Here’s What You Need To Remember: The X-44 MANTA was a revolutionary design, but it was based on the F-22, which is no longer being produced. As such, we’re not likely to see it in the air any time soon.

The X-44 MANTA, which stands for Multi-Axis No Tail Aircraft, was a futuristic-looking derivative of Lockheed Martin’s iconic F-22 design. According to Air Force Magazine, Lockheed Martin may have designed up to six different airframes similar to the F-22 Raptor that were offered to the Air Force. Though none of them were picked up, this particular design is said to have drawn the interest of NASA as a research platform with which to test controlling tailless designs using thrust vectoring. Meet the X-44 MANTA.

Like the F-22 on which the X-44 was based on, it would have been highly stealthy and may have even been stealthier than its F-22 parent. Renderings of the X-44 concept indicate that it would have carried over the F-22’s air intake inlets that are designed to diffuse enemy radar inside of them rather than reflecting radar outwards.

Like the iconic B-2 stealth bomber, the X-44 design was tailless. Sans tail, these tailless designs are inherently stealthier than other tailed airframes—the X-44 would have had a very low radar signature. Instead of using standard control surfaces to maneuver while in flight, the MANTA maneuvered using thrust vectoring, in which the dual engine’s exhaust nozzles could direct exhaust in various directions.

Though innovative, thrust vectoring designs are nothing new. One successful Russian design in service with the Indian Air Force, a variant of the Sukhoi Su-30, benefits from very high maneuverability thanks to its thrust vectoring engine nozzles.

The modified delta wing design also had a couple of benefits over its predecessor. By design, delta wings have more surface area internally and externally than traditional swept wings and can, therefore, hold more fuel. Using so-called wet wings, also known as integral fuel tanks, a greater volume of fuel could be stored internal in the plane’s wings.

This kind of fuel storage is relatively common and allows for a large amount of fuel to be carried. In addition to higher fuel capacity, the X-44 would have benefited from a more aerodynamic airframe, resulting in lower drag while in flight.

The X-44 was one of a number of designs that Lockheed Martin designed and pitched to the U.S. Air Force as a way to augment the branch’s stealthily airframes, though this particular design may be the only one that was tailless. With F-22 production lines long since shuttered, it is unlikely we’ll ever get to see the X-44 MANTA in flight.

Caleb Larson is a defense writer for the National Interest. He holds a Master of Public Policy and covers U.S. and Russian security, European defense issues, and German politics and culture. This article first appeared several years ago.