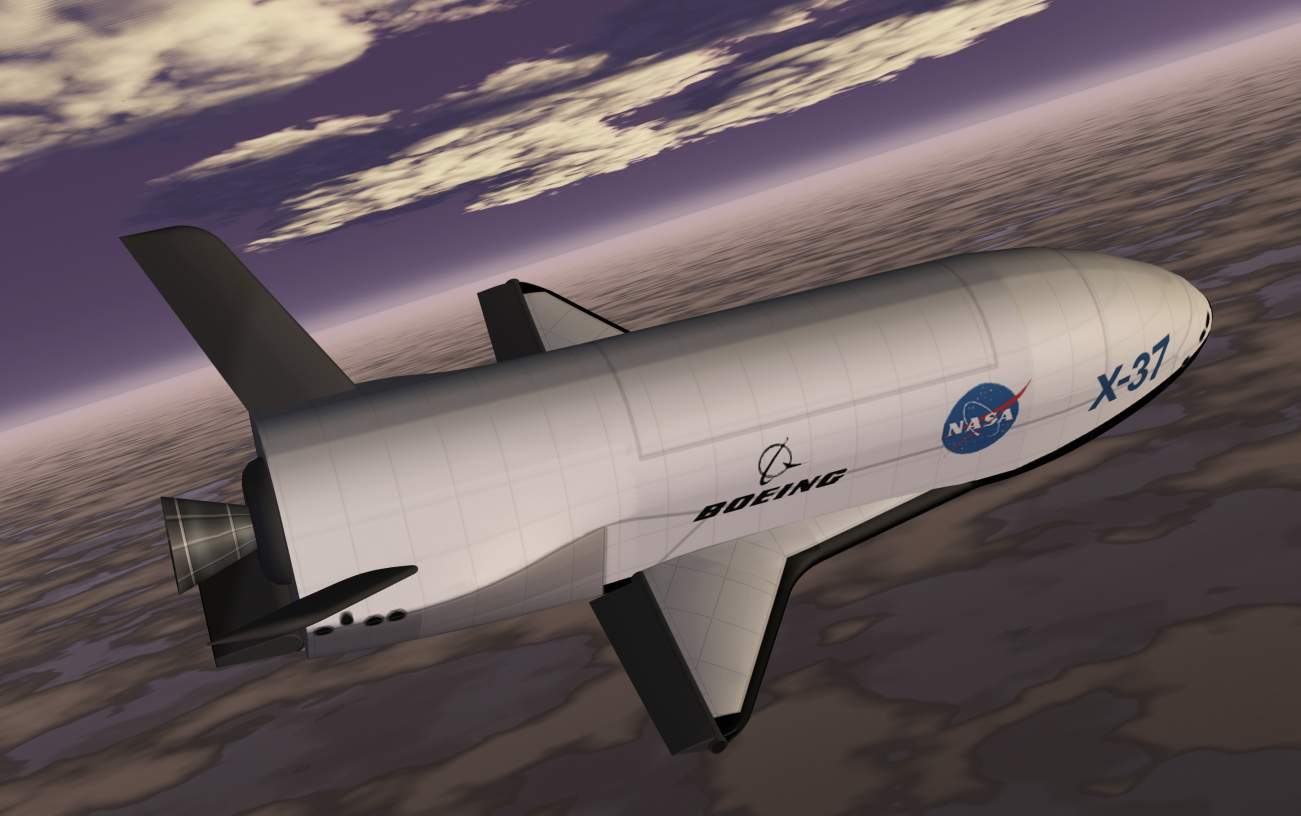 The last “sexy” theory is that the space plane is basically a spy satellite with the ability to return to Earth and have its optical sensors periodically upgraded. The X-37 has orbited over some interesting locations, including North Korea, China, ISIS-held territory and Iran. U.S. optical spy satellites are, however, quite large—the size of a school bus—and the X-37’s payload bay is far too small.

A mysterious space plane has spent more than 670 days above Earth, hurtling along an orbital path that includes some of the world’s most volatile hotspots. Known the X-37B, the U.S. Air Force’s unmanned mini-shuttle whizzes along an average of two hundred miles above the surface of the Earth. Exactly what it’s doing up there is bit of a mystery.

The space plane that would eventually become the X-37B was originally conceived of by NASA in 1999. The Space Shuttle program had failed to bring down the per-pound cost of ferrying a payload to orbit, but a smaller, unmanned aircraft using newer technologies might prove more economical. Boeing’s Phantom Works division was given a four-year contract to develop the X-37 in conjunction with NASA, followed up in 2002 with a new agreement to develop an Approach and Landing Test Vehicle to test horizontal landing concepts. Once successful, that would be followed up with an actual Orbital Test Vehicle, a launch into space, and a Space Shuttle–like landing.

In 2004 NASA transferred the X-37 program to the Defense Advanced Research Projects Agency, known as DARPA. The ALTV vehicle successfully tested out atmospheric flight concepts, but NASA’s OTV space plane was never built. Instead, the U.S. Air Force built its own OTV space plane along the same lines. In fact, it built at least two.