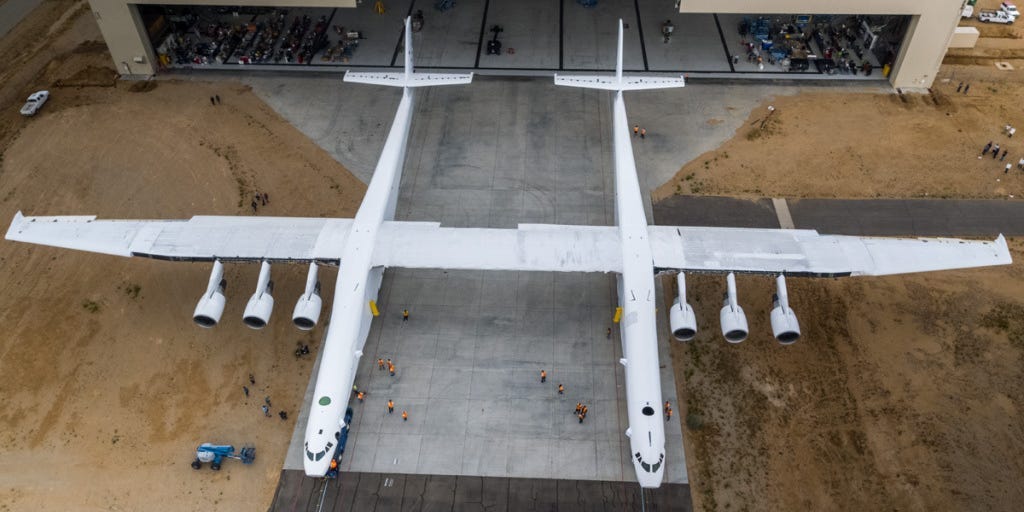 An aerial view of the Stratolaunch Roc.

The Stratolaunch Roc is the world’s biggest aircraft. It’s a mothership aircraft, which means it’s designed to carry rockets and smaller vehicles. 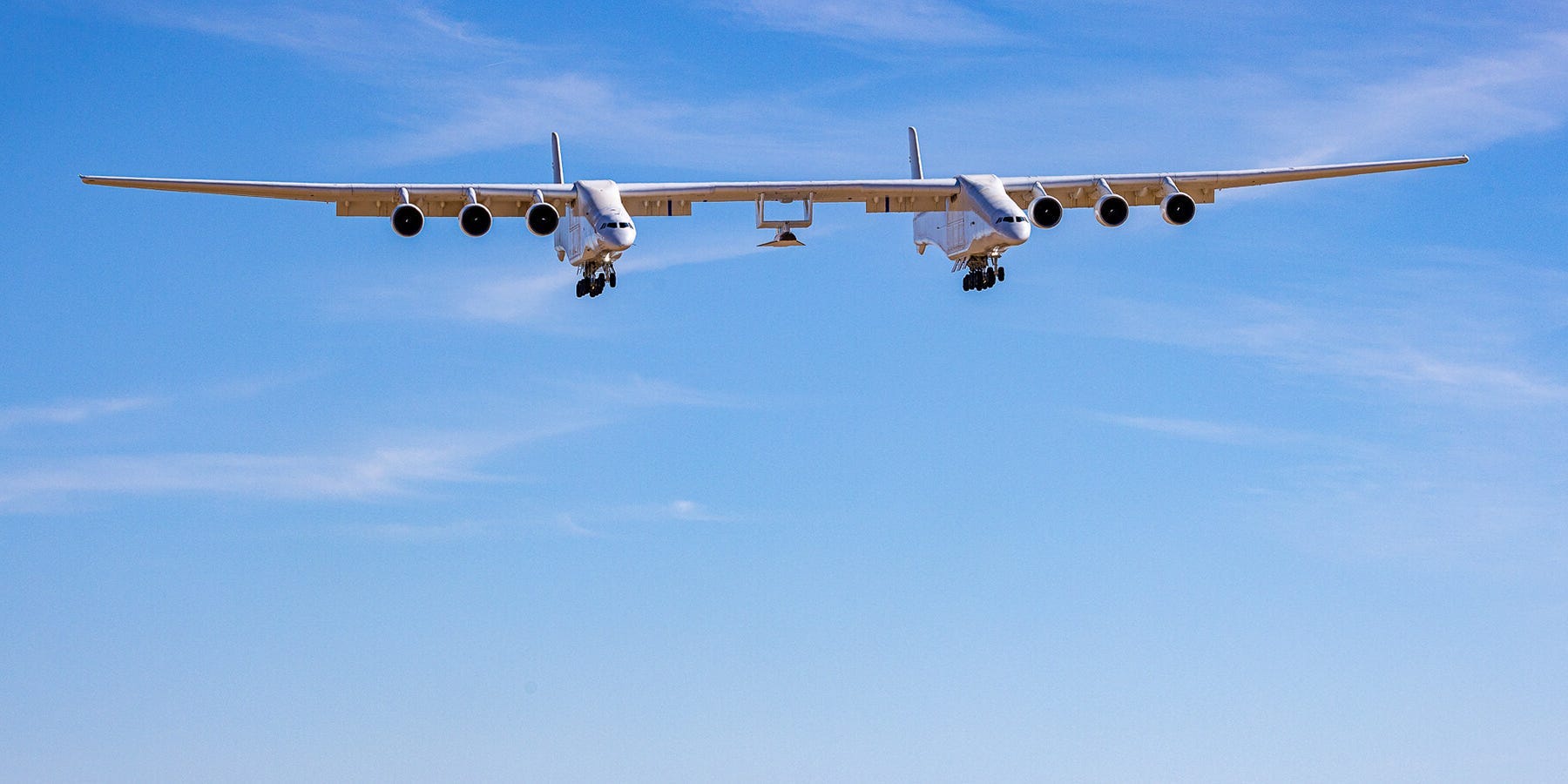 The Stratolaunch Roc is not only the world’s biggest airplane by wingspan, but the biggest all-composite plane ever constructed.

The Stratolaunch is manufactured by US aerospace company Stratolaunch Systems. It was first rolled out in 2017, and had its first test flight in 2019.

Only one unit of the Stratolaunch has been built. As a mothership aircraft, it is designed to carry air-launch-to-orbit rockets and hypersonic vehicles.

The plane is registered under the code N351SL, per Federal Aviation Administration records.

The Stratolaunch has undergone nine test flights to date. Its most recent test flight — and its longest to date — lasted for six hours, flying across southeastern California. 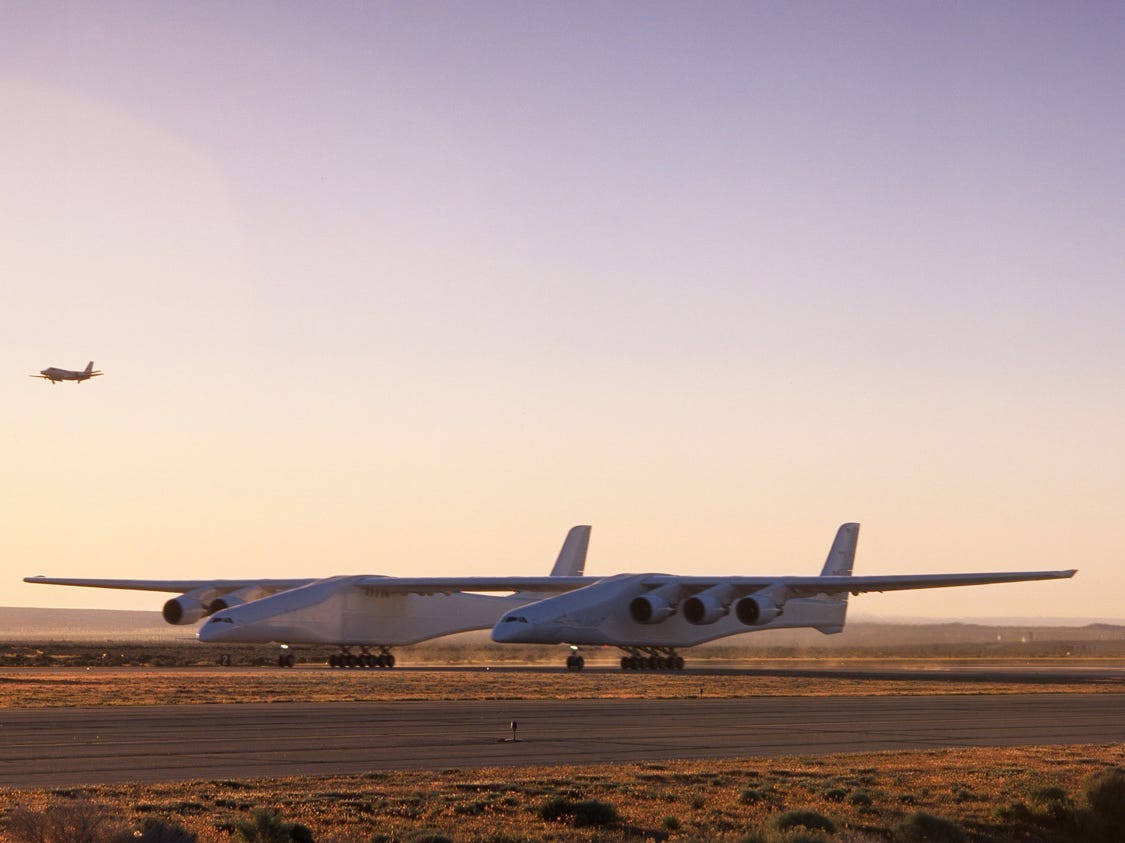 The Stratolaunch Roc on the runway.

During its ninth test flight on January 13, where it departed from the Mojave Air and Space Port, it reached a maximum altitude of 22,500 feet, according to a company press release.

The Stratolaunch is planned to have its first hypersonic flight with the Talon-A vehicle in the first half of 2023, per the release.

“Our amazing team is continuing to make progress on our test timeline,” the company’s CEO, Zachary Krevor, said in the release, adding that the plane is “closer than ever” to its first hypersonic flight test.

The Stratolaunch is known for its massive size. It has a wingspan of 385 feet, which is longer than a football field. 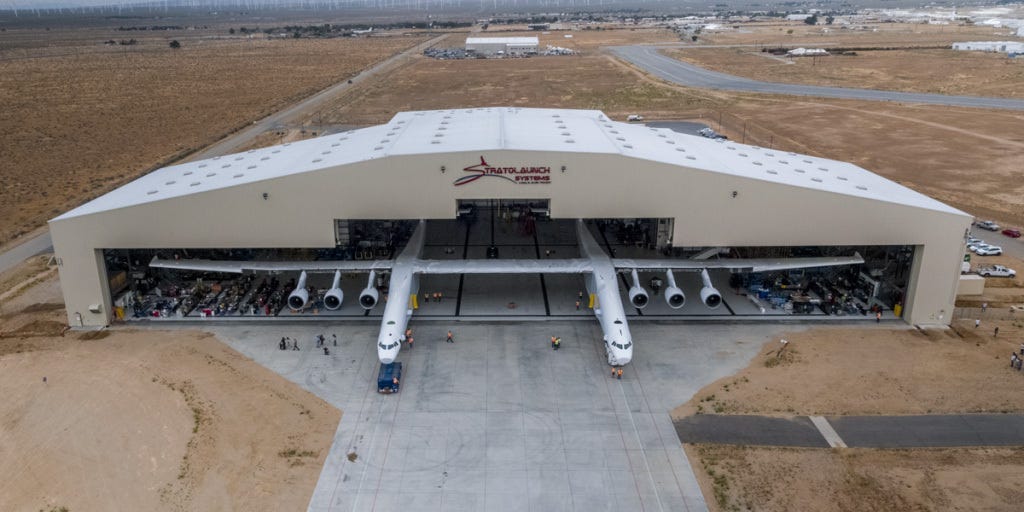 The Stratolaunch Roc is the world’s largest plane.

The Stratolaunch’s staggering size dwarfs even some of the biggest widebody aircraft like the Airbus A380, which has a wingspan of around 260 feet. It measures around 239 feet in length and 50 feet in height.

The Stratolaunch was developed by Microsoft cofounder Paul Allen, who wanted to create a plane that could reliably launch rockets.

An aerial view of the Stratolaunch Roc.

After Allen died in 2018, Cerberus Capital took over the company and sped up its research and development.

The Stratolaunch is made out of a composite of two Boeing 747-400 jumbo jets. These jets, which were flown by United Airlines, were deconstructed to build the structure of the aircraft. It’s made out of carbon fiber.

The plane is designed to launch rockets at 30,000 feet, which is just under the cruising altitude of commercial planes. It’s designed to take off and land using an airport runway, unlike other hypersonic planes.

In November, Stratolaunch announced the US Air Force Research Laboratory had pledged to support its test flights.

The Stratolaunch is powered by six Boeing 747 engines. 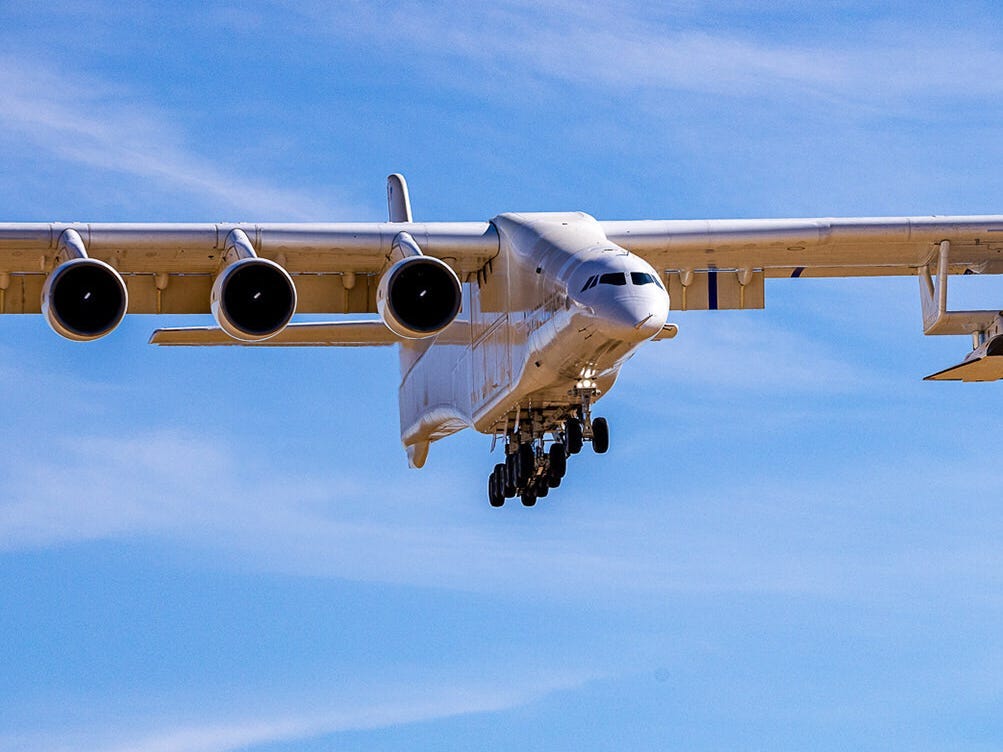 The plane’s engines are the Pratt & Whitney’s PW4056, which are also used by widebody commercial planes. The plane is designed to carry up to three rockets.

Notably, the plane’s fuselage is different from typical jets, which have a rounder design. Unlike most commercial planes, part of the Stratolaunch is unpressurized, with a box-like design on the bottom.

The Stratolaunch was put up for sale in 2019 for $400 million, but no official deals were made. 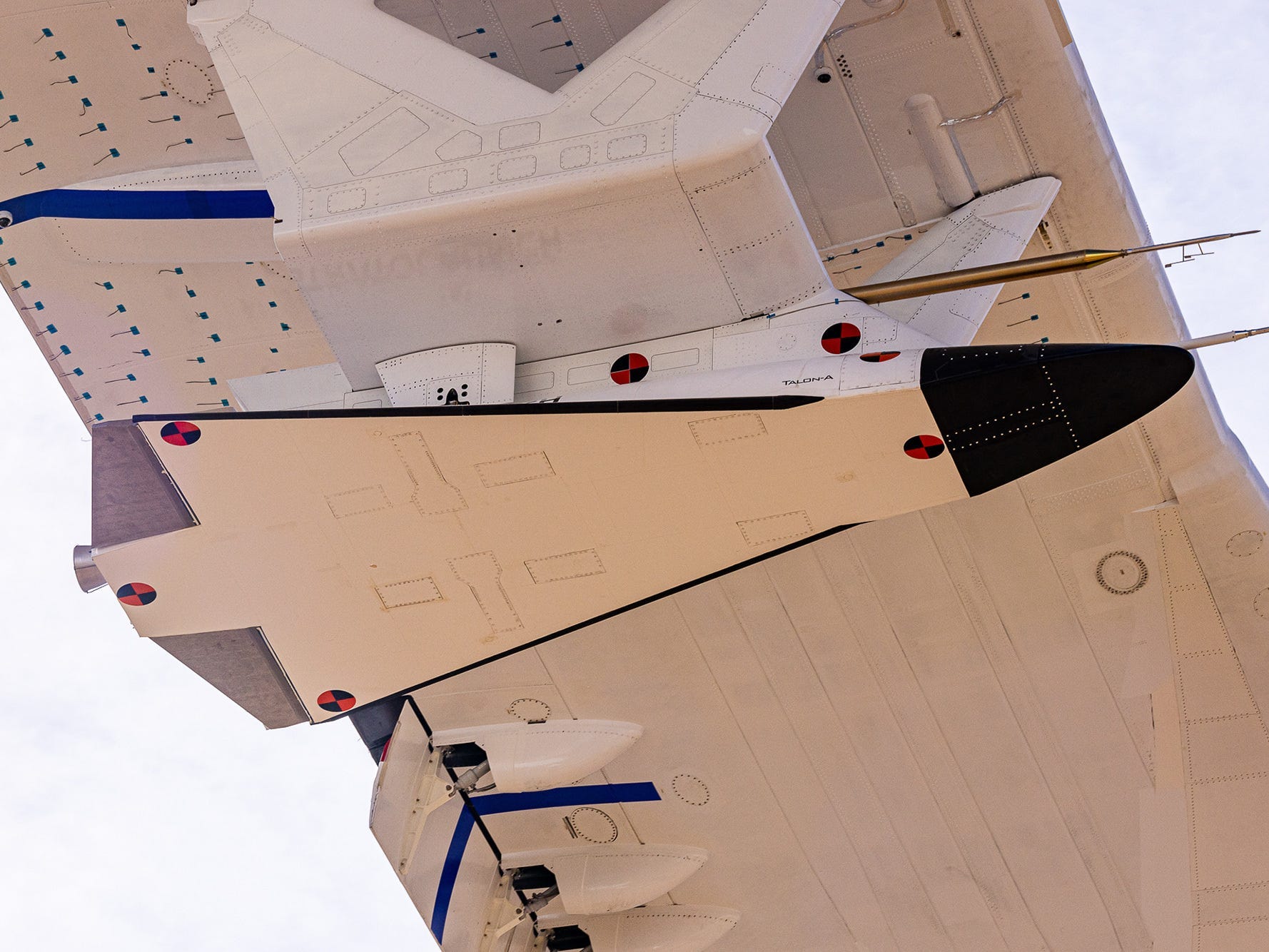 The wing configuration of the Stratolaunch Roc.

According to a June 2019 report by CNBC, the plane’s holding company, Vulcan, planned to sell the plane for several million dollars. Several sources told CNBC that Vulcan was in talks with Branson to sell the Stratolaunch.

Branson offered to buy Stratolaunch for $1, way below the reported asking price, per CNBC, citing a person familiar with the matter.

Stratolaunch and Vulcan declined to comment to CNBC on the then-prospective sale.