Qatar’s ruler opened the World Cup on Sunday with a call for people of all races and orientations to put aside their differences, speaking as the host nation faced a barrage of criticism over its treatment of foreign workers and LGBT rights.

The Muslim Gulf nation is staking its reputation on delivering a smooth tournament and has denied accusations of abuse of workers and discrimination. Governing body FIFA hopes the spotlight will now turn to action on the pitch.

Organisers have also denied allegations of bribery for winning the rights to host soccer’s biggest event.

“People of all races, nationalities, beliefs and orientations will gather here in Qatar and around screens across the continents to share in the exciting moments,” Emir Sheikh Tamim bin Hamad al-Thani said in a speech in a tent-shaped stadium.

“How lovely it is that people can put aside what divides them to celebrate their diversity and what brings them together at the same time.”

Sheikh Tamim arrived at the stadium flanked by FIFA president Gianni Infantino, to a roaring crowd, and took their seats alongside other Arab leaders.

Saudi Arabia’s crown prince and the presidents of Egypt, Turkey and Algeria, as well as the United Nations Secretary-General, were among leaders at the stadium ahead of the first match between the hosts and Ecuador.

Inside Al Bayt Stadium many seats were still vacant with gridlock on the expressway leading to the arena. Cheers went up as Qatar’s team appeared for their opening match.

The soccer tournament, the first held in the Middle East and the most expensive in its history, is a culmination of Qatar’s soft power push, after a 3-1/2 year boycott by Saudi Arabia, Egypt, the United Arab Emirates and Bahrain that ended in 2021.

The UAE, whose rapprochement with Doha has been slower than that of Riyadh and Cairo, sent its vice president who is also ruler of Dubai, where many World Cup fans have opted to stay.

For the first time, a direct commercial flight from Tel Aviv to Doha landed in Qatar on Sunday despite the absence of formal bilateral ties, in a deal brokered by FIFA to carry both Palestinians and Israelis to the tournament.

Denmark’s and Germany’s team captains will wear One Love armbands as they prepare to compete in a conservative Muslim state where same-sex relations are illegal. Organisers say all are welcome, while warning against public affection.

Throngs of fans were already arriving in Qatar, but the main rush will be later this week.

Daniel Oordt from the Netherlands, clad in orange, told Reuters there was a feeling of “constant pressure around you not to say the wrong thing or make the wrong move”, adding, “It’s not a fun atmosphere to have at a World Cup”.

Argentina fan Julio Cesar though said he expected a great atmosphere. “We’ll drink before the match,” he added, after alcohol sales at stadiums were banned just days before the tournament.

Visitors sipped beer at the FIFA Fan Festival in central Doha. Outside the city’s edges, hundreds of workers gathered in a sports arena in an industrial zone, without alcohol. They can watch matches there, priced out of the stadiums many toiled to build along with other infrastructure for the event.

“Of course I didn’t buy a ticket. They’re expensive and I should use that money for other things – like sending it back home to my family,” Ghanaian national Kasim, a security guard who has worked in Qatar for four years, told Reuters.

Crowd control will be key with some 1.2 million visitors expected – more than a third of Qatar’s population.

Workers were putting final touches to Doha’s landscape, including draping a purple tarpaulin over an unfinished building near the stadium where the final will be held.

At Lagoona Mall, residents were going about their business.

“I came now because I don’t know how bad the traffic will be later this week,” said Egyptian woman Esraa, out grocery shopping. 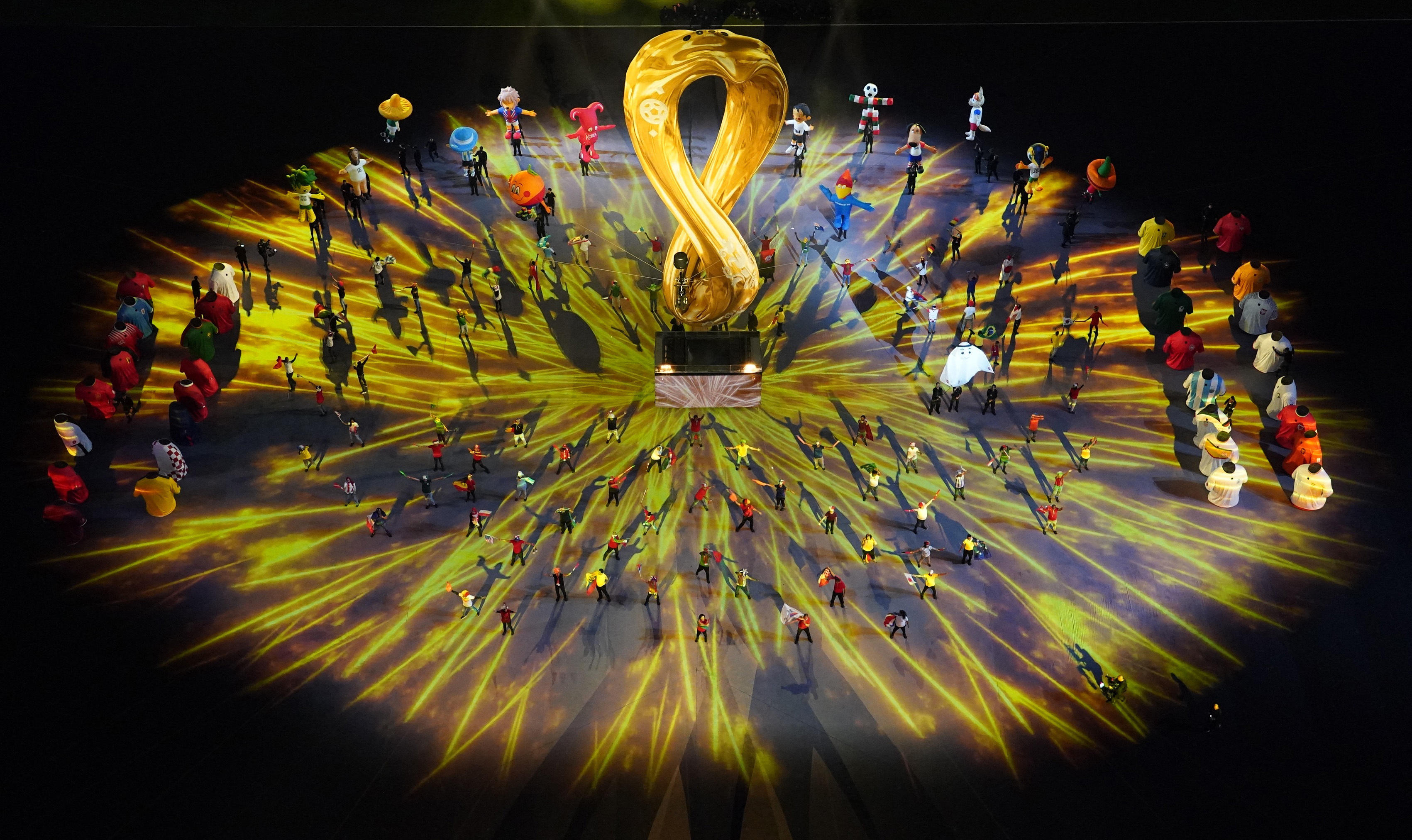 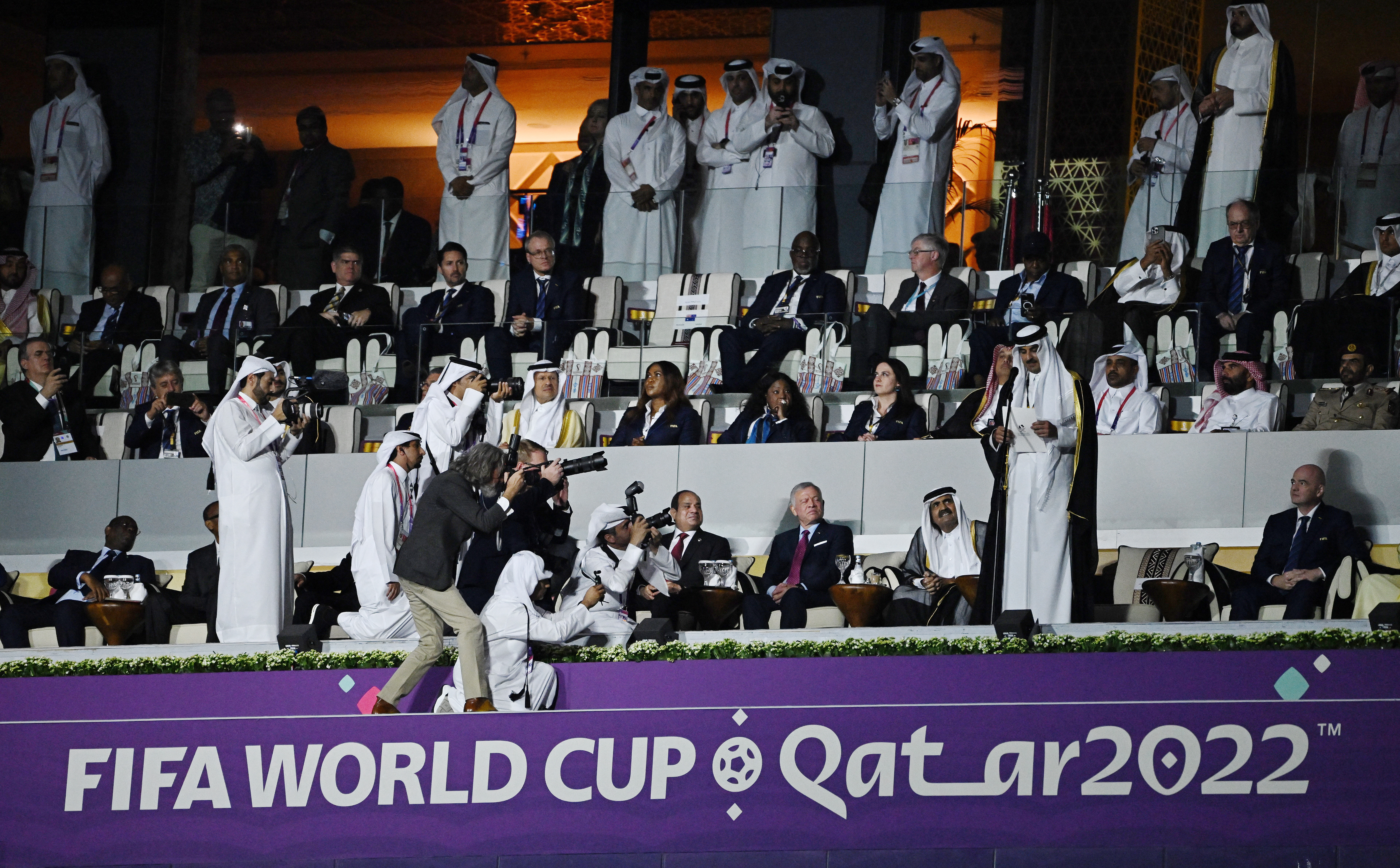 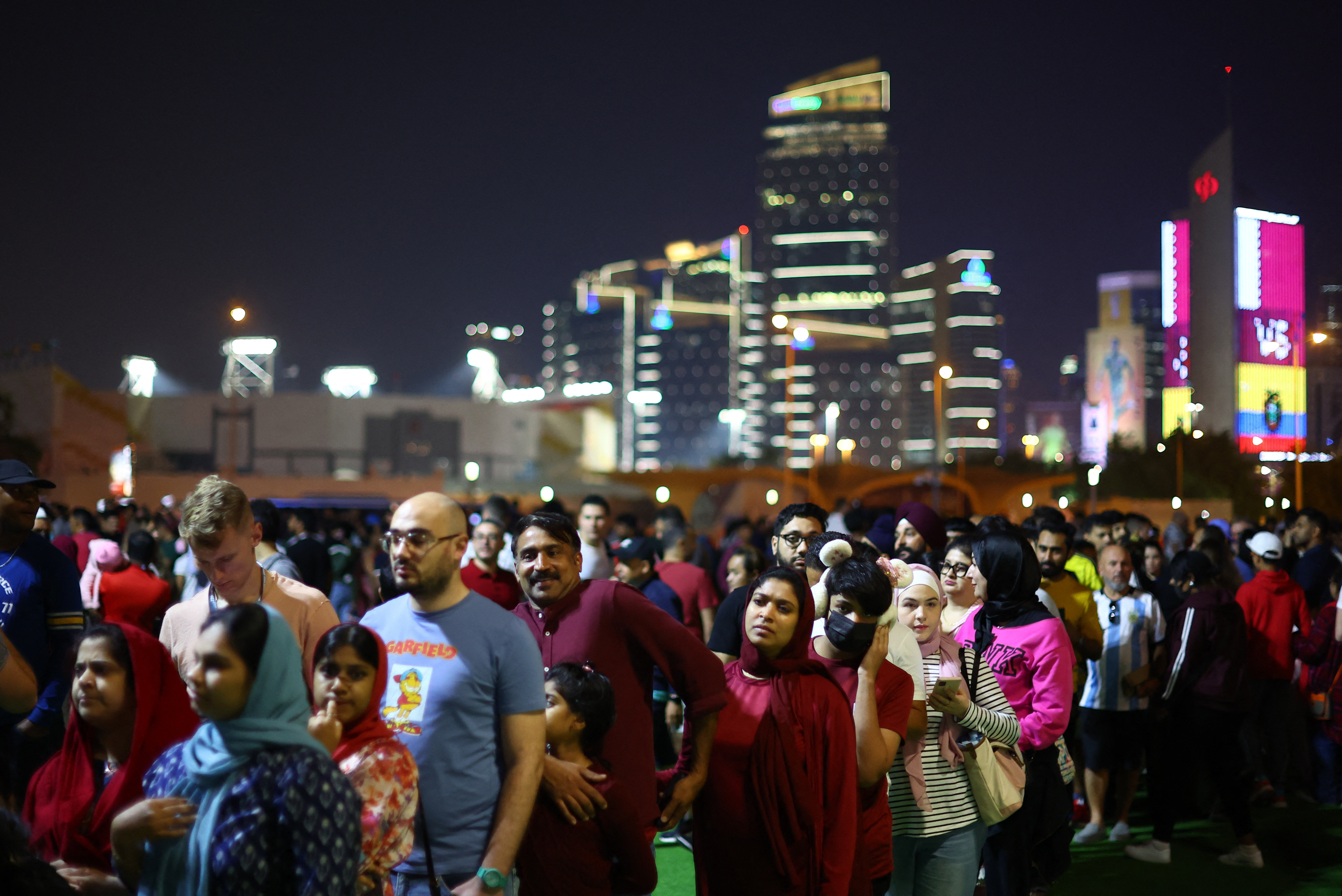 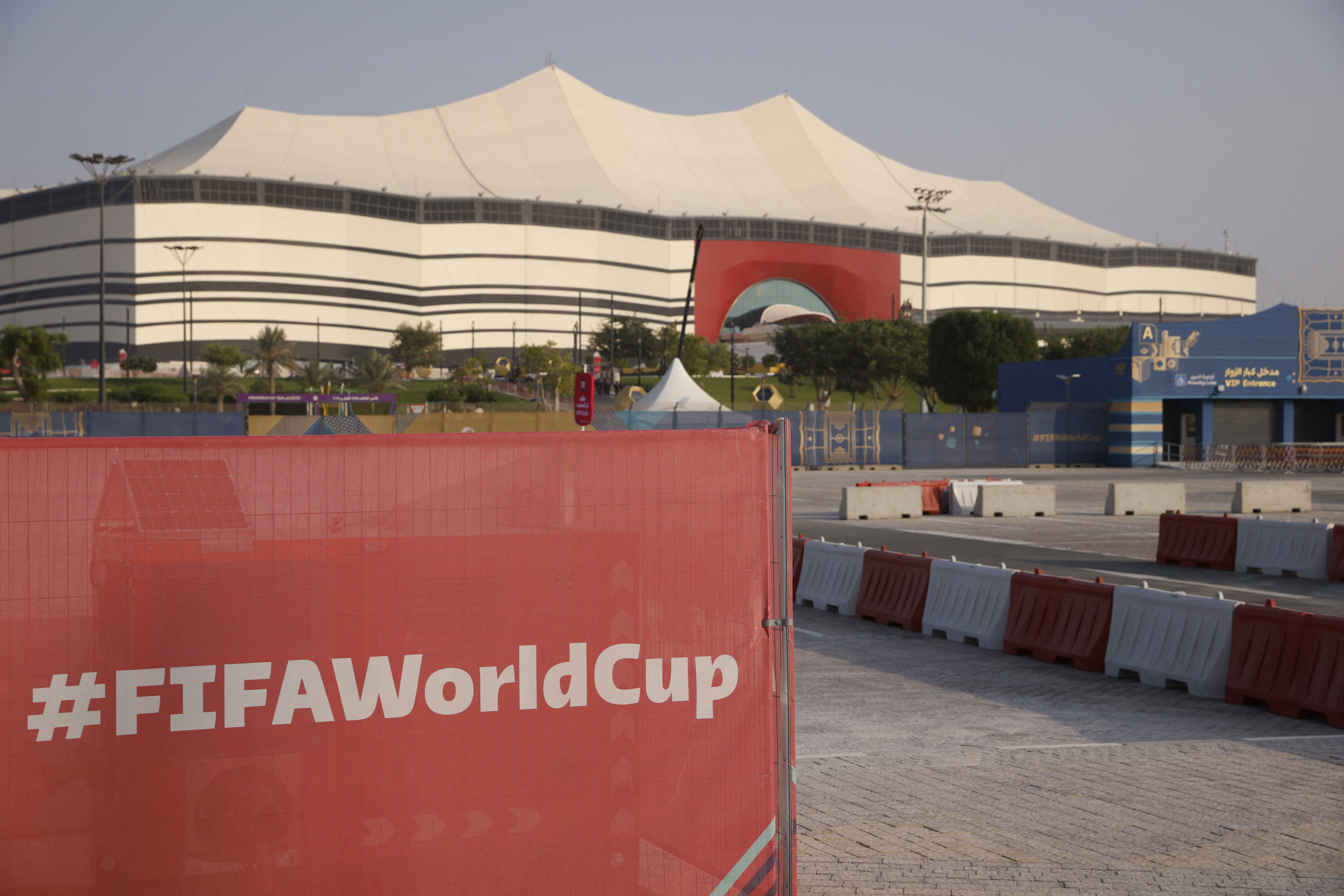 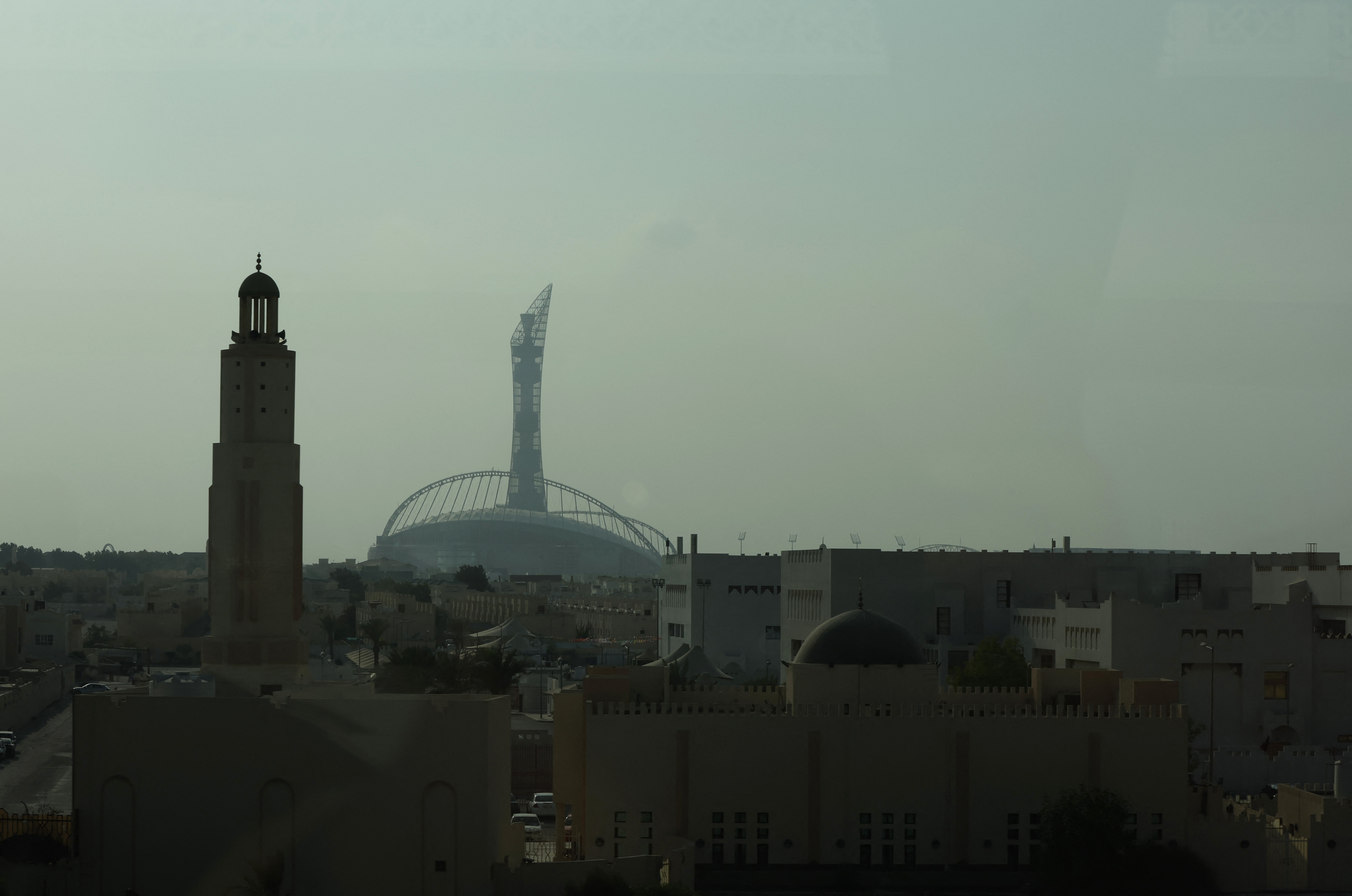