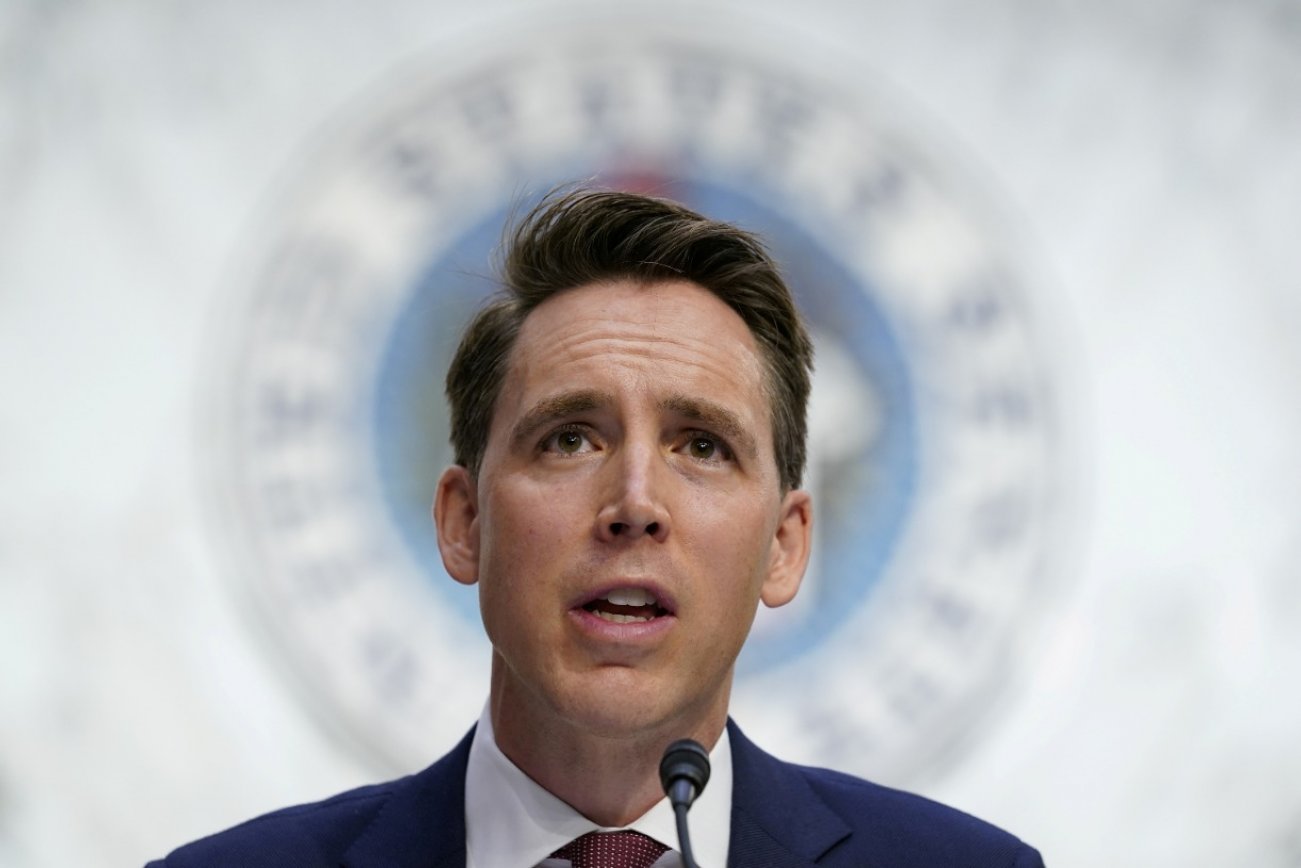 Hawley, whose upper chamber seat is up-for-grabs in 2024, has firmly rejected the presidential speculations, noting that his focus is on serving Missouri.

It looks like Sen. Josh Hawley’s (R-Mo.) political ambitions ignited way before he swiped a Democratic incumbent’s seat in the 2018 midterm elections.

Hawley is now among the growing list of conservatives who are widely expected to launch a 2024 presidential bid and take the reins of the scattered GOP. The firebrand senator has grappled national attention in recent months, as he was the first to announce he would vote against the certification of the Electoral College results that confirmed President Joe Biden’s White House win—a move that energized the former president’s supporters—and the only senator to oppose all of Biden’s Cabinet nominees.

But Hawley, whose upper chamber seat is up-for-grabs in 2024, has firmly rejected the presidential speculations, noting that his focus is on serving Missouri.

“All I can say is no,” Hawley said in an interview Wednesday. “What can I say? That’s clearly not my focus.”

“I’ve always said, Maria, that I’m not running for president,” Hawley told Fox News’s host Maria Bartiromo last month. “It’s a privilege to represent the state of Missouri in the United States Senate. I just got elected barely two years ago. There’s a lot of work to do, and I look forward to continuing to fight for Missouri every day that I can.”

Political scientists and experts consumed in presidential politics, however, are suspicious in trusting Hawley’s denial to run for president in 2024.

“Since 2015, Hawley has demonstrated a remarkable level of political ambition, so there is plenty of reason to be skeptical about his disavowal of the possibility of a presidential run in 2024,” Peverill Squire, a political science professor at the University of Missouri, said. “His actions since the November election appear targeted to securing the support of Trump’s base.”

Squire added, “This goes beyond just the events of January 6 and Electoral College vote battle.  Hawley has voted against every Biden cabinet nominee and he appears to be positioning himself as the purest Trump Republican in the Senate.”

The Missouri freshman has carved a national political footprint for himself, as he’s stood up to Big Tech and served as an early attacker of social media companies, blasting “conservative censorship” that’s kicked President Donald Trump and some of his ardent loyalists off virtual platforms.

Hawley has also been a more confrontational senator, with a “flinty baritone” and a tendency to play directly to the TV camera on the Senate floor. He’s developed an interest in populist politics, advocating for the working-class, firing a crusade against Big Tech, and maintaining a strong “emphasis on productive national capitalism.”

“It makes sense to want to be ‘drafted’ instead of actively running, and Hawley may not actually want to run in 2024,” Michael C. Munger, a political science professor at Duke University, said. “In any case, Hawley is positioning himself as the Ted Cruz candidate, with all the advantages and drawbacks of the Ted Cruz persona: extreme cynicism about real policy, charisma, lots of media attention. But Cruz didn’t get the nomination, because of Trump. If Trump does not run 2024, I expect Hawley will.”

Trump has teased a presidential run in 2024 for a non-consecutive White House term, propping himself up as the front-runner candidate if he follows through with his hints. Other GOP prospects include former vice president Mike Pence, former United Nations ambassador Nikki Haley and Sen. Mitt Romney (Utah).

“Republicans are trying to figure out the place of Trump and Trumpism in their future. And in that process, Hawley has given himself the least room to maneuver,” Amel Ahmed, an associate professor of political science at the University of Massachusetts Amherst, said.

Hawley’s eagerness and devotion to upholding Trump’s populism may come at a price. He was heavily condemned by lawmakers after a photo of him outside of the U.S. Capitol building with his fist raised high in support for “Save America” rally followers, who later assaulted the building and vandalized it, jeopardizing the safety of congressmen and women on the day of electoral vote certification.

“The picture of Hawley acknowledging the protestors before they stormed the capitol will haunt any future campaign he runs. It may not hurt him with a segment of the Republican party, but, coupled with his actions that day, it may make many GOP moderates and independents less willing to support him,” Squire said. “Thus, even if he were to be nominated, it would all make the general election a steep uphill climb.”

Senate Democrats have called for Hawley’s resignation for his connection to the mob behavior and he is now the “public enemy No. 1” for the Lincoln Project. Simon & Schuster canceled publishing his new book, “The Tyranny of Big Tech,” and some U.S. companies have started to terminate donations to Hawley’s reelection campaign.

“Images of him gesturing to the crowd in solidarity before the riots are sure to hurt him with many Republican voters whose condemnation of the riots was almost universal,” Ahmed said.

Former Missouri Sen. John Danforth, who helped pave the way for Hawley’s political career, has recently revoked his backing for the senator, referring to his support for him “the biggest mistake I’ve ever made in my life.”

While all of the backlash has potentially stamped on a successful presidential run, Hawley did raise nearly $1 million in January, according to a memo sent to donors this week, proving that Trump politics is still, in fact, in play. And the likelihood of more Trump-like lawmakers emerging into the political spotlight could be greater than expected.

“Whether he opts to make a run for the GOP nomination in 2024 remains to be seen, because he may have to choose between running for president or running for reelection,” Squire said.