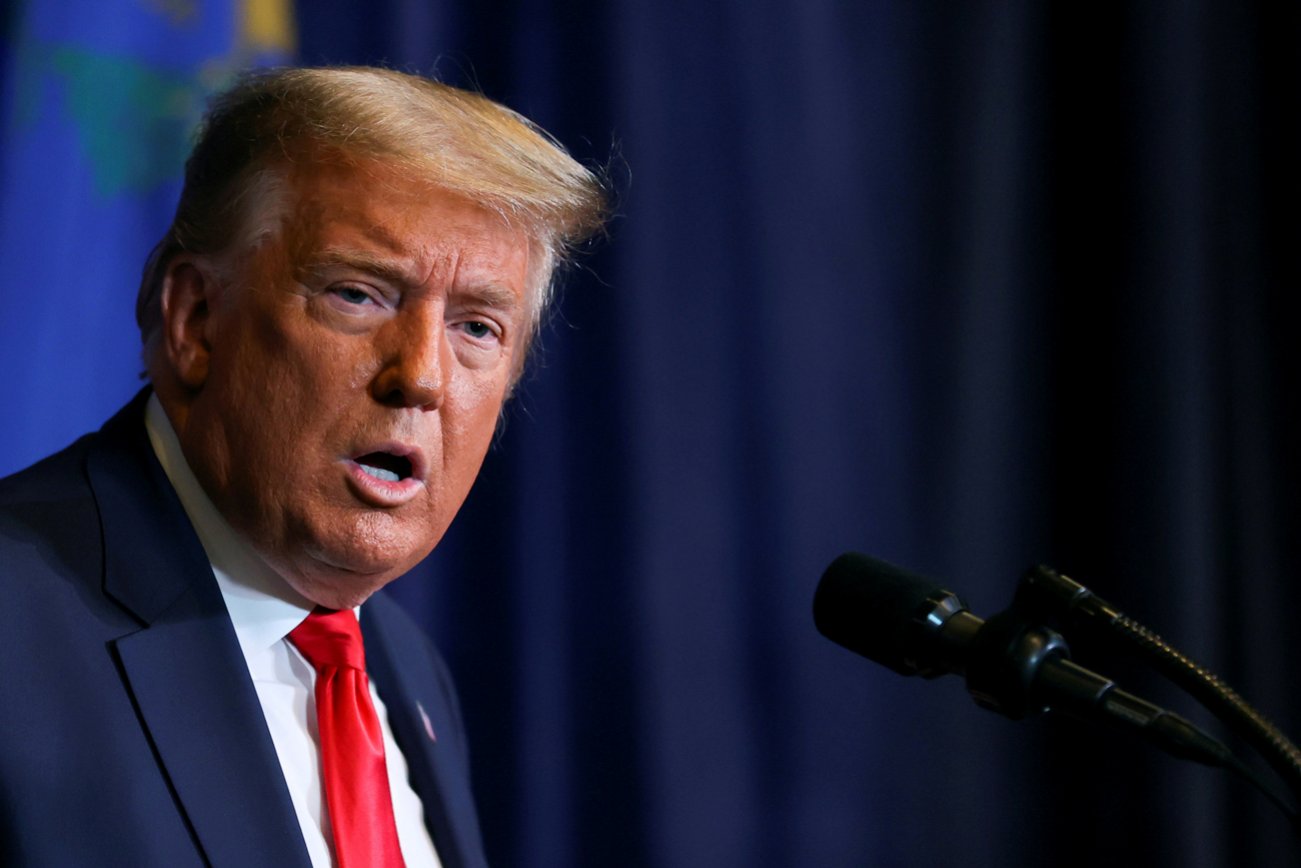 The censure resolution would classify the Capitol assault as an insurrection against the Constitution, including elements of the 14th Amendment that lead to disqualification from future office. But will it happen?

A bipartisan duo is crafting a censure resolution that would condemn former President Donald Trump for his role in the Capitol riots on Jan. 6, serving as an alternative to his impeachment charge, since the Senate trial is likely to end in an acquittal.

Sens. Tim Kaine (D-Va.) and Susan Collins (R-Maine) initiated the effort after just five Republicans united with Democrats in a 55–45 Senate test vote over Trump’s impeachment trial. The tally indicated that the trial will most likely end without a conviction, as Democrats fell short of the sixty-seven votes needed to convict the former president for “incitement of insurrection” and to potentially disqualify him from holding office in the future.

The censure resolution would classify the Capitol assault as an insurrection against the Constitution, including “elements of the 14th Amendment that lead to disqualification from future office,” Sen. Chris Coons (D-Del.) told reporters Tuesday. The resolution would incorporate language from the amendment, finding that Trump “gave aid and comfort” to the rioters, according to Kaine.

A censure, however, does not have the force of law or hold the authority to convict but acts as a strong written disapproval from Congress of Trump’s involvement in the attacks.

“It’s more than just a censure, saying, ‘Hey, you did wrong,’” Kaine said. “It makes a factual finding under the precise language of the 14th Amendment that would likely put an obstacle in Donald Trump’s path if he were to run for office again.”

Section 3 reads, “No person shall be a Senator or Representative in Congress, or elector of President and Vice-President, or hold any office, civil or military, under the United States, or under any state, who, having previously taken an oath, as a member of Congress, or as an officer of the United States, or as a member of any State legislature, or as an executive or judicial officer of any State, to support the Constitution of the United States, shall have engaged in insurrection or rebellion against the same, or given aid or comfort to the enemies thereof.”

And if Trump is deemed to have violated the amendment, then he could be barred from holding office in the future, but it’s unclear whether simply including amendment language could translate to an enforceable disqualification.

The provision, which was ratified in 1868, was written to exclude Confederates from serving in the federal government. It’s been rarely used since its ratification and “seemed like a bit of a dead letter,” according to Perry Dane, a law professor at Rutgers University.

Kaine is introducing the resolution as a more appealing method of accountability to Republicans, rather than to convict or bar Trump from future office through a Senate trial. But the Virginia Senator is also claiming to Democrats that it would have the same impact as a convicted impeachment trial, as the resolution would incorporate the terms of the 14th Amendment.

The measure would, however, force Republicans to take a stance on Trump’s involvement in the assault instead of drafting up procedural arguments, a push that certainly has Democratic support.

There are some legal ambiguities surrounding the initiative and its inclusion of the amendment, as it’s unclear whether a passed resolution would grant Congress official power to disqualify a president from office. There is little precedent for censure resolutions, as Congress has only ever censured one president.

“The problem is that the language in Section 3 doesn’t tell us how we should identify persons who engaged in insurrection. That might have been obvious right after the Civil War simply by looking at lists of Confederate officials. But what do we [do] now? Some scholars whom I respect a lot have suggested that Congress has the authority, by a simple majority vote of both houses, to [officially] determine that a specific person is disqualified from further office under Section 3,” Dane said.

Some Democrats were also wary to back the censure, including Sen. Dick Durbin (Ill.), the majority whip, as he said there were “a lot of questions to be answered” and was not sure how it would work. Durbin does, however, support an impeachment trial.

Kaine has acknowledged the legal confusion surrounding the censure resolution but pleaded that the same arguments would transpire if Trump were convicted in a trial.

“Just as the question of impeachment after you’ve left office is not ironclad one way or the other, this one is not ironclad,” Kaine said. “It leaves the door open for folks to make arguments down the road.”

Dane noted that “If the Congress did try to invoke Section 3, though, and President Trump wanted to run for president, he would surely raise the question in court. Verdicts after impeachment trials cannot be challenged in court. But the meaning of Section 3 is murky enough that a court might—I emphasize might—need to have the final say on whether the provision implicitly vests Congress with the sort of authority I’ve described.”

It’s also unclear whether Kaine and Collins even have enough colleagues lined up behind the resolution.

Sen. John Thune (S.D.), the number two GOP leader, dubbed it “hypothetical,” adding “The Democrats are very intent on going through the impeachment process. That’s the vote that matters to them. I’ve heard some rumblings but not serious discussion that had support from enough Democrats or Republicans for that matter to make this a realistic option.”

When asked about the measure, Sen. John Cornyn (R-Texas) blatantly ruled it out and said it would be a bad precedent to set. “I guess if we can censure former presidents, then when Republicans get in charge, we can censure Barack Obama or Democrats can censure George Bush.”

And the bipartisan pair in charge of the resolution, which is still being tweaked, don’t appear to be aligned on its purpose, since Collins said it would be in lieu of a trial—not in addition to it. Kaine, however, wants a speedy impeachment trial, as well as a resolution.

“Make no mistake, there will be a trial, and the evidence against the former president will be presented in living color for the nation and every one of us to see once again,” he said. “We will all watch what happened. We will listen to what happened, and then we will vote. We will pass judgment as our solemn duty under the Constitution demands. And in turn, we will all be judged on how we respond.”

Among other Democrats supporting the Senate trial is Sen. Joe Manchin III (W.Va.), who also even speculated the idea of a criminal prosecution.

“This is much, much more serious than anything we’ve ever seen in our lifetime and it’s really the purpose of having articles of impeachment in the Constitution,” Manchin said Wednesday. “We want to make sure that no one ever does this again, never thinks about doing this again—sedition and insurrection.”

“I’m sure that some folks would argue that this is an effort to do an end-run around the impeachment process. But impeachment trials for ‘High Crimes and Misdemeanors,’ including President Trump’s first impeachment trial, do not ordinarily involve a charge of inciting or abetting insurrection,” Dane said. “The events of January 6 and the incendiary rhetoric that led up to January 6 were extraordinary. And they might justify this sort of extraordinary remedy.”