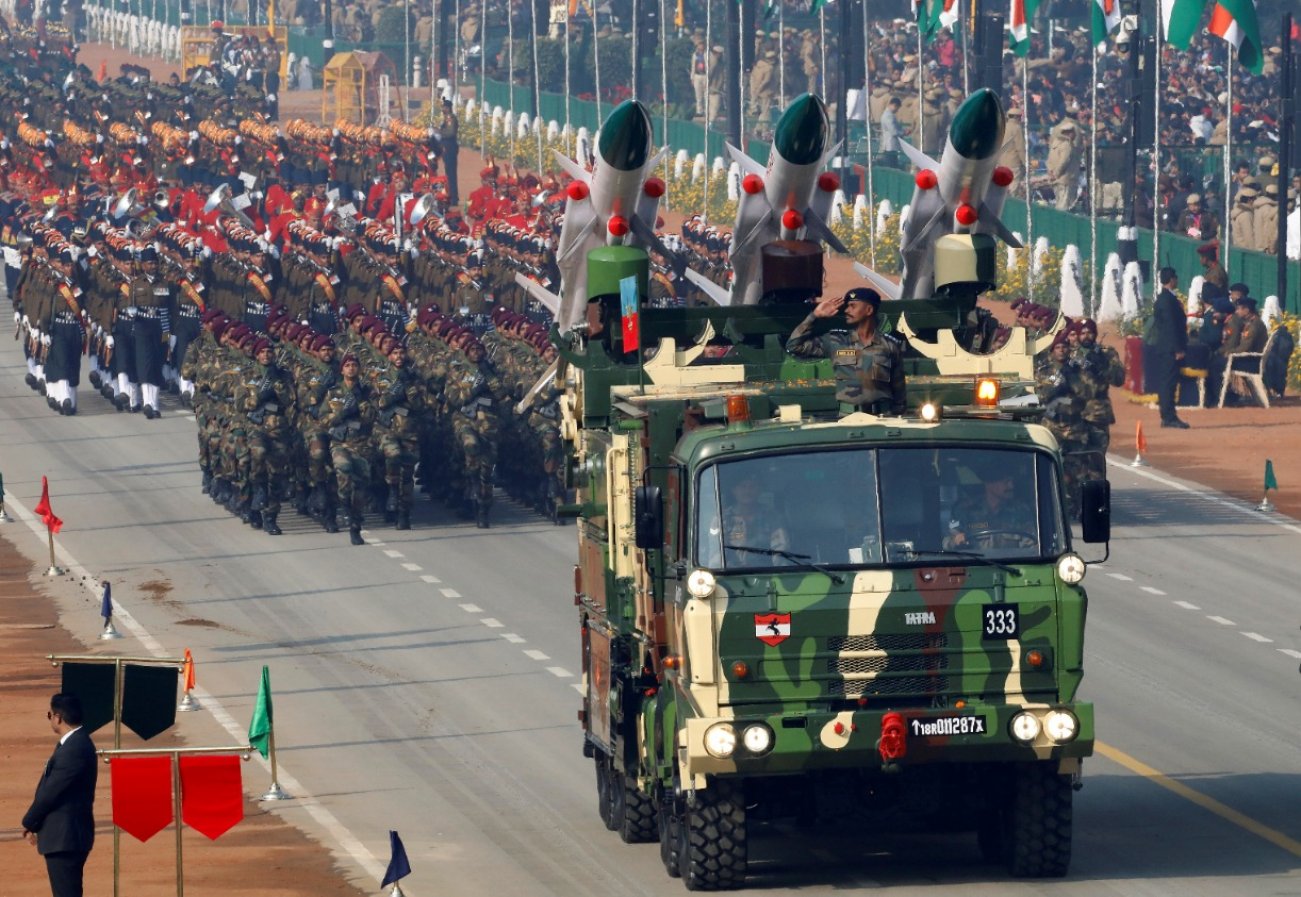 Here’s What You Need to Remember: Ironically, India is notorious for developing home-grown weapons, such as aircraft and tanks, that take much longer to develop than expected, and are plagued with problems when they are fielded. But as always with nuclear weapons and missile defense, perception is everything.

India says it has successfully tested an interceptor capable of shooting down ballistic missiles.

But could this trigger a nuclear war with Pakistan?

“The endo-atmospheric missile, capable of intercepting incoming targets at an altitude of 15 to 25 kilometers [9 to 16 miles] was launched against multiple simulated targets of 1,500 kilometer [932 mile]-class ballistic missiles,” according to the DRDO announcement.

“One target among simultaneously incoming multiple targets was selected on real time, the weapon system radars tracked the target and the missile locked on to it and intercepted the target with a high degree of accuracy. The complete event including the engagement and interception was tracked by a number of electro-optical tracking systems, radars and telemetry stations. All the mission objectives were successfully met.”

India’s missile defense program is a two-tiered system: the Prithvi missile (derived from the Prithvi tactical ballistic missile) for exo-atmospheric intercepts in outer space, before they near the target, and the Advanced Area Defense missile for endo-atmospheric intercepts within the Earth’s atmosphere, in the terminal phase when the target warhead is making its final descent.

In that sense, it is similar to the 1960s U.S. Anti-Ballistic Missile System, which used Safeguard and Sprint missiles, or any integrated air defense system. A long-range interceptor to take out the incoming missile far from the target, and a short-range point defense weapon to destroy any missile that penetrates the long-range screen.

Previous tests of Indian interceptors targeted short-range Prithvi ballistic missiles on a trajectory that mimicked medium-range missiles. The Diplomat magazine suggests that the dummy target this time could have been an Agni, an intermediate-range missile capable of carrying nuclear warheads.

Indian press trumpeted that India’s missile defense is a homegrown program developed by India, rather than imported from Russia and America as are so many Indian weapons such as jet fighters and tanks. That’s no small point of pride for the world’s second most-populous nation, once the poster child for poverty, and now the world’s sixth-largest economy.

Interestingly, while India boasts of developing its own missile defense system, it is also buying Russian S-400 air defense missiles capable of intercepting missiles as well as aircraft.

“The S-400 acquisition, which has some utility for missile defense, suggests that India is interested in the capability and not merely letting DRDO have a science project,” Christopher Clary, a professor of international relations at State University of New York Albany, told The National Interest.

But there is another danger with Indian missile defense, as history shows. When America and the Soviet Union developed anti-missile systems in the 1960s, the opposing superpower either built more missiles, or increased the number of warheads on existing missiles, to saturate enemy defenses.

So what will Pakistan do?

India and Pakistan “are already in an arms race for all intents and purposes and have been so for some time,” Georgetown University professor C. Christine Fair, who has written on the Pakistani military, told The National Interest.

“Pakistan will field more warheads on more delivery vehicles than it would in the absence of BMD [ballistic missile defense], Clary says.

“Pakistan could develop multiple warheads for its current ballistic missiles, or develop short-range tactical nuclear weapons and cruise missiles that are harder to intercept.”

Recommended: Imagine a U.S. Air Force That Never Built the B-52 Bomber

In turn, a Pakistani buildup might prompt an India buildup, sparking a vicious cycle reminiscent of the Cold War.

Ironically, India is notorious for developing home-grown weapons, such as aircraft and tanks, that take much longer to develop than expected, and are plagued with problems when they are fielded. But as always with nuclear weapons and missile defense, perception is everything.

“The biggest problem from India’s side is that it all too frequently announced that it has a capability which mobilizes Pakistan to innovate when in fact India is a long way from achieving the stated capability but Pakistan has already developed a counter measure,” Fair warns.

Michael Peck is a contributing writer for the National Interest. He can be found on Twitter and Facebook. This first appeared in August 2018.