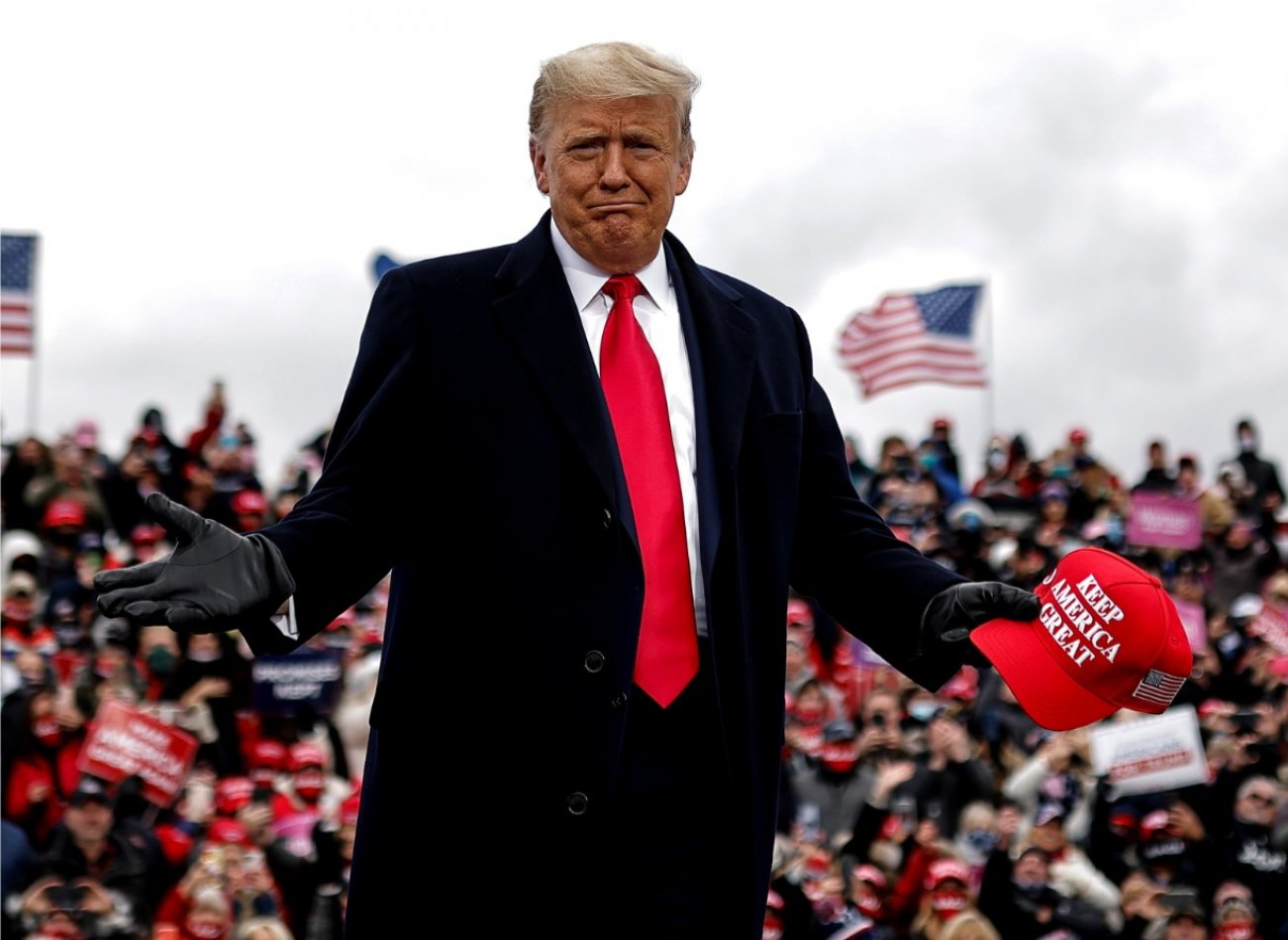 November 3 may be Election Day, but virtually everyone agrees that it will not be the day the election is decided.

November 3 may be Election Day, but virtually everyone agrees that it will not be the day the election is decided. Ballots mailed that day can be counted as late as Friday, November 6. And then the election follies will begin.

If Donald Trump is trounced—with Joe Biden picking up at least 375 electoral votes—his advisors may persuade him to leave Washington, and fight another day, perhaps by starting his own television station, perhaps merely by continuing to tweet his way into the public mind. On the other hand, he may choose to contest even a lopsided outcome in the courts. Trump must be terrified that New York Attorney General Letitia James will indict, prosecute, and seek to have him jailed on a variety of fraud-related charges. James has indicated on more than one occasion that she is prepared to do so once he leaves office.

James is not the only one who would be going after Trump’s self-described “beautiful” scalp. Manhattan District Attorney Cyrus Vance, Jr., son of the late secretary of state under Jimmy Carter, and, like his father and James, a Democrat, has been fighting to obtain Trump’s tax records. Vance is investigating Trump’s alleged payoffs to two women, one of them a porn actress and the other a model, to silence them during the 2016 presidential campaign regarding his alleged extramarital affairs. Not surprisingly, Trump denies the charges, but once he leaves office, it will be exceedingly difficult for him to block the investigation from proceeding.

Trump may therefore elect not to concede any outcome unless and until it reaches the Supreme Court, where he is counting on his three appointees to back him. Whether they will rule in his favor is another matter, however. The case will, of course, depend on the details at issue and how lawyers on each side present their evidence. And there is no guarantee that Neil Gorsuch, Brett Kavanaugh, or Amy Barrett will rule in Trump’s favor.

Kavanaugh and Barrett were both confirmed under a political cloud, especially Barrett, who did not command a single Democratic vote in the Senate. Should they rule in Trump’s favor, they will go down in history as political hacks. It is not clear that either of them wishes posterity to view them as it now does Roger Taney. Gorsuch, for his part, has voted against Trump’s administration several times, especially with respect to issues affecting Native Americans. Trump cannot take his vote for granted.

The Democrats are certain to retain control of the House of Representatives. Election Day will not determine the composition of the Senate, however, again because of the late counting of ballots. Once they are totted up, however, the Senate could well flip to the Democrats. Susan Collins of Maine, Cory Gardner of Colorado, and Martha McSally of Arizona are unlikely to return to the Senate. That means that should Trump remain in office, the Democrats would need two more votes to control the Senate, one to offset Doug Jones’ probable loss in Alabama, and a second to avoid an evenly divided chamber that would enable Vice President Mike Pence to cast the tie-breaking vote. Joni Ernst of Iowa, David Purdue and Kelly Loeffler, both of Georgia, and Thom Tillis of North Carolina all find themselves contesting very tough races. Two of them need to lose for the Democrats to control the Senate even if Trump is re-elected.

Should Trump win, and the Democrats sweep the Congress, Americans can expect stalemate in Washington for at least the next two years. Trump will, as his wont, rant and rave, and sign executive orders. Democratic control of the Senate would mean that Bernie Sanders will chair the Budget Committee; together with the left-wing Democrats in the House, especially the members of the Defense Budget Reduction Caucus, he will push for a radical social agenda while advocating big cuts in defense spending. Trump no doubt will veto any radical legislation, and the Democrats will not have sufficient votes to override him.

On the other hand, the Democrats will be in a much better position to block his judicial appointments and other measures that he might favor once they control both houses on Capitol Hill. Still, stalemate may be a better outcome than the chaos that has become a hallmark of Washington politics since January 20, 2017.

Dov S. Zakheim served as the undersecretary of defense (comptroller) and chief financial officer for the U.S. Department of Defense from 2001–2004 and as the deputy undersecretary of defense (planning and resources) from 1985–1987. He also served as the DoD’s civilian coordinator for Afghan reconstruction from 2002–2004. He is vice chairman of the Center for the National Interest.