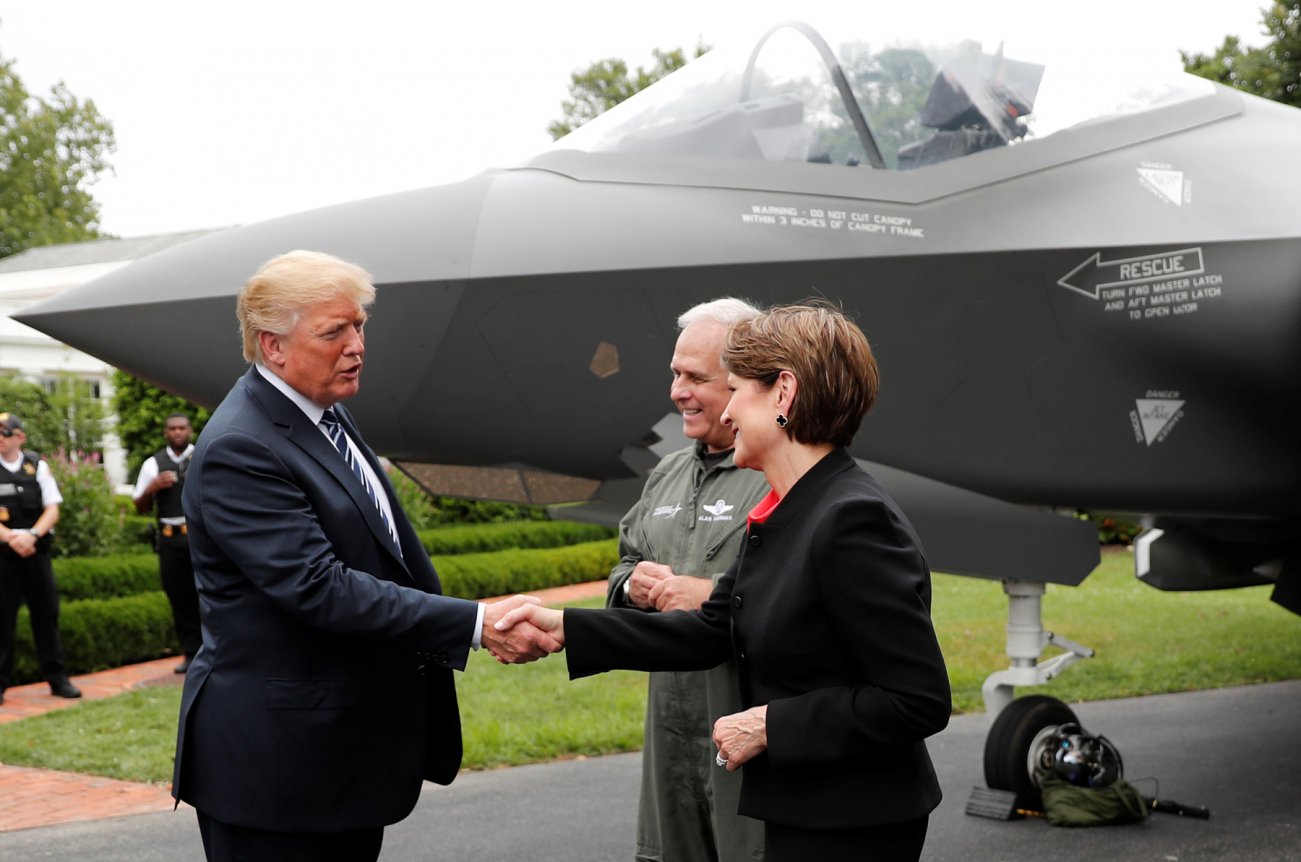 The president says that he would be willing to sell other Middle Eastern nations the same weapons that are currently offered to Israel.

While the debate over whether the United States will allow United Arab Emirates to purchase the Lockheed Martin-built F-35 Lightning II Joint Strike Fighter continues, the Israeli Air Force (IAF) remains the sole operator of the fifth-generation stealth aircraft in the Middle East. Earlier this month it was reported that the IAF was considering buying even more of the aircraft—bringing the number close to one hundred.

This week President Donald Trump said he personally had “no problem” selling the advanced aircraft to the UAE, even after Israeli prime minister Benjamin Netanyahu objected to the sale.

“I would have no problem in selling them the F-35, I would have absolutely no problem,” Trump said in an interview ahead of a signing ceremony at the White House for agreements normalizing relations between Israel, the UAE and Bahrain later on Tuesday, Defense News reported.

The president also added that he would be willing to sell other Middle Eastern nations the same weapons that are currently offered to Israel, and Trump added that the sales would be good for the United States economy and American jobs.

“They’re very wealthy countries for the most part, like the UAE, and they would like to buy the fighter jets, and I personally would have no problem with it,” said Trump. “Some people do, they say maybe they go to war.”

The UAE’s minister of state for foreign affairs Anwar Gargash previously stated that his nation is in the process of modernizing its military, and he said that Tuesday’s so-called “Abraham Accord” should dispel any doubt about why the fighter jets should be delivered.

“The UAE seeks like any country that takes its military seriously, to modernize its military, always, so our request for the F-35 and other systems pre-dates this agreement,” Gargash told reporters on Tuesday. “The UAE’s existing F-16 jets are now almost two decades old, and it is time to renew them.”

Peace in the Middle East

The UAE along with Bahrain are just the third and fourth Arab nations to normalize relations with Israel. Egypt was the first in 1979, followed by Jordan in 1994. The Palestinian National Authority has also recognized Israel since 1993. Bahrain is also home to one of the world’s smallest Jewish communities—which number around thirty-six people.

Driving much of this is the increasing threat of regional stability due to aggression from Iran. While there is no mention of the military alliance, this deal could provide a level of protection to the Gulf States.

Despite the President’s stance the sale would still require the approval of Congress. Senate Majority Leader Mitch McConnell (R-Ky.) has warned that any such deal would demand congressional scrutiny and currently Congress is pledged to protect Israel’s military edge over its potential regional rivals.

“In this case, we in Congress have an obligation to review any U.S. armed sales package linked to the deal,” McConnell said in a floor speech Monday. “As we help our Arab partners defend against growing threats, we must continue ensuring that Israeli’s qualitative military edge remains unchallenged.”