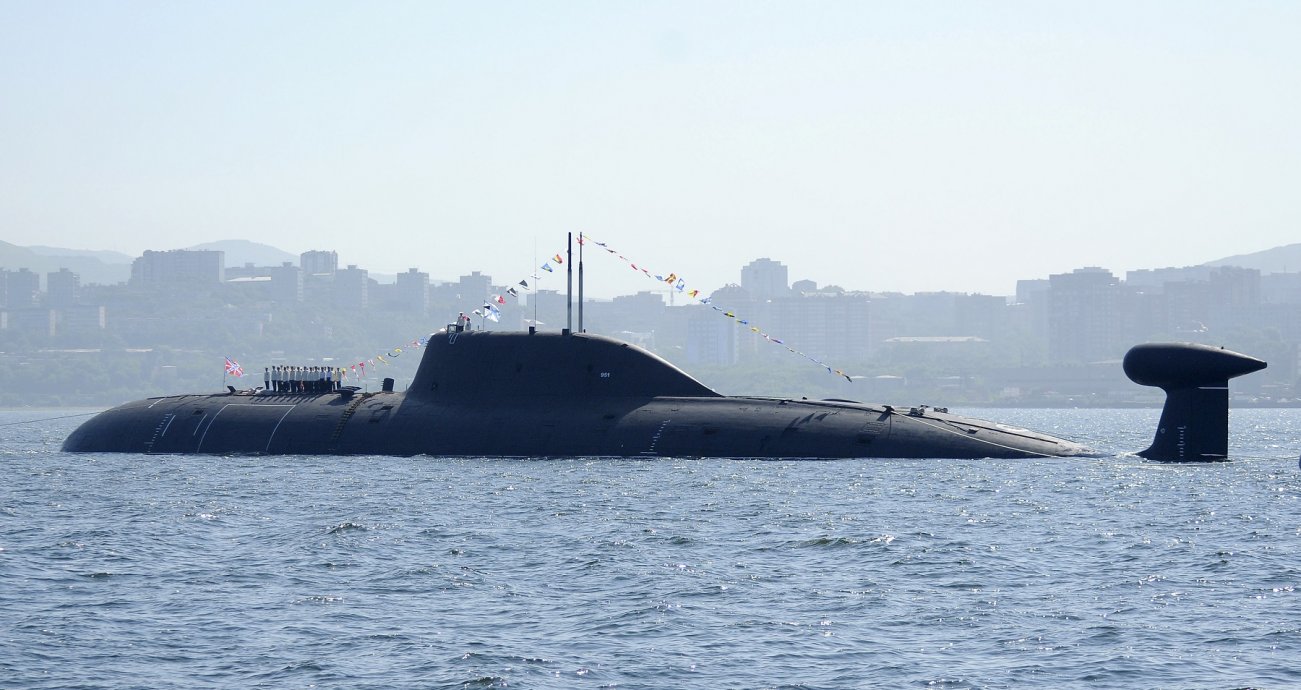 Here’s What You Need To Remember: New Delhi rebooted the USSR-India partnership in 2008, leasing an Akula-class submarine from President Putin.

In the latest instance of long-standing military cooperation between Moscow and New Delhi, India is set to rent additional Russian nuclear-powered attack submarines as a stepping stone on its path to acquiring an indigenous nuclear submarine force.

A somewhat unusual arrangement, India’s willingness to lease—rather than procure or import outright— submarine technology from Russia has clear precedent in recent history. In 1986, the Soviet Union became the first state to lease a nuclear submarine. In an attempt to cultivate the Sino-Soviet defense relationship, the Kremlin inked a deal with New Delhi for the 10-year lease of a Charlie-class nuclear cruise missile submarine. The transfer was accompanied by a myriad of Soviet-imposed restrictions: the K-43 submarine, which entered service in the Indian Navy as the INS Chakra, was subject to frequent Soviet inspections and maintenance sessions, could not be loaded with certain types of weapons, and was severely restricted for purposes of offensive wartime operations. Further still, the contract stipulated that parts of the INS Chakra were to be manned entirely by Soviet crews; Indian servicemen were reportedly denied access to the reactor. Partially due to these restrictions, New Delhi opted to terminate the lease agreement. The INS Chakra was returned to the Soviet Union in 1990 and decommissioned one year later.

The K-43 contract disintegrated, in no small part, because the Soviets’ onerous terms ignored the reasons why India was interested in renting the K-43 in the first place. Namely, the INS Chakra was meant to provide the Indian Navy with the crucial experience of maintaining and operating a nuclear submarine as if it were their own. Secondly, the Indian Navy– which has long planned on making the leap into domestically produced nuclear attack submarine production–  sought access to Soviet nuclear reactor designs. With the former greatly curtailed and the latter denied outright, New Delhi lost all interest.

The Putin administration, in 2008, negotiated the lease of another nuclear attack submarine, this time the K-152 from the Akula-class. Under the $900 million lease agreement, Indian engineers and sailors traveled to Russia to receive training on how to operate and service the submarine. The K-152, commissioned as the INS Chakra II, was partly meant to check Chinese expansion in the Indian Ocean. Despite significant operational differences between the submarines (one is an attack sub, and the other a ballistic missile submarine), the Indian navy used Chakra II to prepare its submarine crews for the introduction of its nuclear-powered Arihant-class submarine line in 2016. New Delhi was apparently much more interested in renting a submarine from Russia’s new Yasen cruise missile submarine line, but there were none available– other than the older  Severodvinsk, all of the new Yasen-M submarines remain in various stages of testing and construction.

With the Chakra II lease set to expire in several years, India has rented yet another Akula-class vessel. Dubbed the Chakra III, the Akula submarine will be transferred to India by 2025 as part of a $3 billion contract. According to an Indian official, the deal includes the refurbishment of the submarine with Indian sensors and communications components. From what little has been publicly revealed, it appears that this latest contract imposes few restrictions on what the Indian navy is allowed to do with the Chakra III.

Though its primary purpose is likely as a testbed to facilitate India’s plans to indigenously produce six nuclear attack submarines, it remains to be seen if the Chakra III will become embroiled in the ongoing Sino-Indian tensions in the Indian Ocean and the South China Sea.