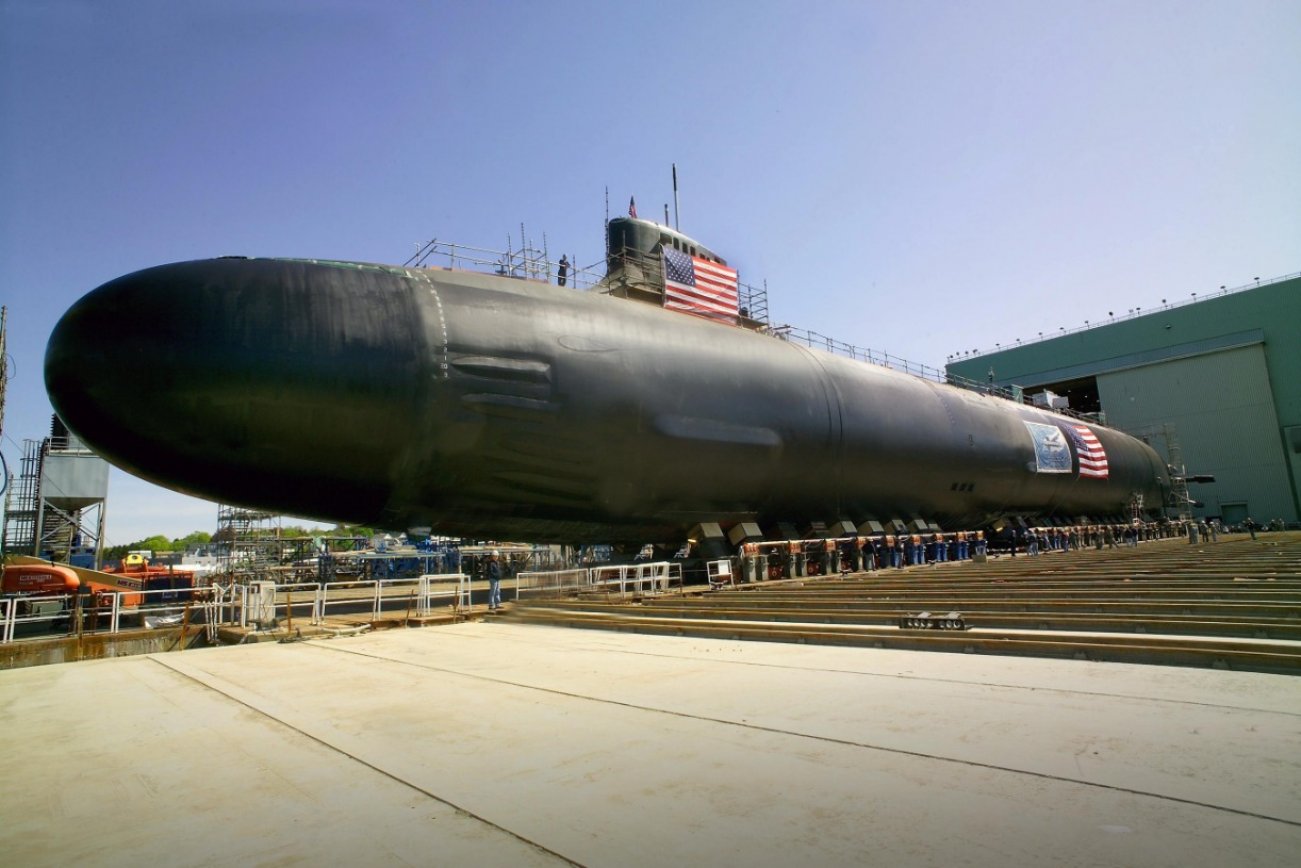 The Russians want to know what America’s subs are doing.

Here’s What You Need To Remember: So what was Seawolf doing under the ice? Most likely simply training … for fighting under ice. For a submarine crew, going to the Arctic “gives us the opportunity to test our combat systems, our navigation systems, our communication systems and just what it’s like to operate in this very challenging environment,” Roughead said several years ago.

Sometime apparently in August 2013, the U.S. Navy’s nuclear-powered attack submarine USS Seawolf eased out of the port of Bremerton, in Washington State, on what was probably her fifth or sixth deployment since commissioning in 1997.

A month later the U.S. Sixth Fleet, in charge of ships in European waters, posted a series of photos to the Website Flickr depicting the U.S. ambassador to Norway, Barry White, touring the 350-foot-long Seawolf pierside at Haakonsvern naval base … in southern Norway. Thousands of miles from Washington State.

How Seawolf got to Norway—and what she might have done en route—offer a rare and tantalizing glimpse into some of the most secretive quarters of the most poorly understood aspects of American naval power.

For it seems Seawolf traveled to Norway along a path rarely taken by any vessel — underneath the Arctic ice.

The Navy doesn’t like to talk about its submarines. After all, a sub’s biggest advantage is its stealth. And of the sailing branch’s roughly 70 undersea boats, Seawolf and her two sister vessels Connecticut and Jimmy Carter are among the most secretive.

Google the names of any of the Navy’s Los Angeles-class submarines, the most numerous in the fleet, and you’ll get hits: Navy statements and photo releases, the occasional news article. But try to look up Seawolf-class vessels and you’ll get next to nothing.

Her official Website is blocked. The last time Seawolf’s exterior appeared in a Navy photo was 2009.

That’s because Seawolf and her sisters are special. Newer, bigger, faster and more heavily armed than standard attack submarines, the nearly $3-billion-per-copy Seawolfs have been fitted with hundreds of millions of dollars in unique equipment and are assigned to their own special squadron in Washington State.

They deploy for months at a time often without any public notice. The wife of a Seawolf sailor described the boat as “unpredictable.”

A steady drumbeat of Navy citations is mute testimony to secret combat missions performed with apparent success. In 2007 Seawolf’s 140-man crew earned a Meritorious Unit Commendation—roughly equivalent to a Bronze Star earned in combat—and in 2009 followed that up with a Navy Unit Commendation, equal to a Silver Star.

We know what the submarine force as a whole does for a living: gather intelligence, launch cruise missiles at terrorists and rogue states, send commandos ashore for recon and raids. But we don’t know which of these missions to attribute to Seawolf.

Nor can we say for sure exactly where Seawolf plies her shadowy trade. She’s normally assigned to the Pacific Fleet, but even that can change in a pinch.

Here’s what we do know. In March 2011 Seawolf’s sister ship Connecticut was tapped for the rare honor of operating under the Arctic ice for tests.

Connecticut and the brand-new Virginia-class sub New Hampshire sailed north of Prudhoe Bay, Alaska, for one of the Navy’s infrequent “ICEX” exercises, begun after the submarine USS Nautilus, in 1958, became the first undersea boat to reach the North Pole.

Connecticut “worked with the U.S. Navy Arctic Submarine Laboratory and the University of Washington Applied Physics Laboratory to test new equipment and train for under-ice operations in an arctic environment,” the Navy announced.

We know that Seawolf spent almost three years in drydock starting in September 2009. Contractors did $280 million in work. And when Seawolf returned to the cold Pacific waters in April 2012, she was “even more capable and effective than at any time in her 15 years of service,” according to Cdr. Dan Packer, her skipper at the time.

It’s possible Seawolf received the same under-ice gear Connecticut tested in 2011. The Arctic is, after all, a new area of concern for the Navy. With the ice receding, new shipping lanes are opening up and foreign navies are getting more active.

“We have some very fundamental interests — security interests — in the Arctic region,” Adm. Gary Roughead, then the Navy’s top officer, said in 2009.

In any event, it’s apparent that Seawolf has crossed over the top of the world for her current deployment. Practically speaking, there’s no other way the vessel could have arrived in Norway mere weeks after departing her homeport in Washington State.

So what was Seawolf doing under the ice? Most likely simply training … for fighting under ice. For a submarine crew, going to the Arctic “gives us the opportunity to test our combat systems, our navigation systems, our communication systems and just what it’s like to operate in this very challenging environment,” Roughead said several years ago.

And there are good reasons besides a tradition of secrecy to do so quietly. Consider Moscow’s reaction to the 2009 ICEX. “Any action by foreign submarines in the vicinity of Russia’s maritime borders naturally demand heightened scrutiny on our part,” a Kremlin spokesperson warned.

The Russians want to know what America’s subs are doing, too.