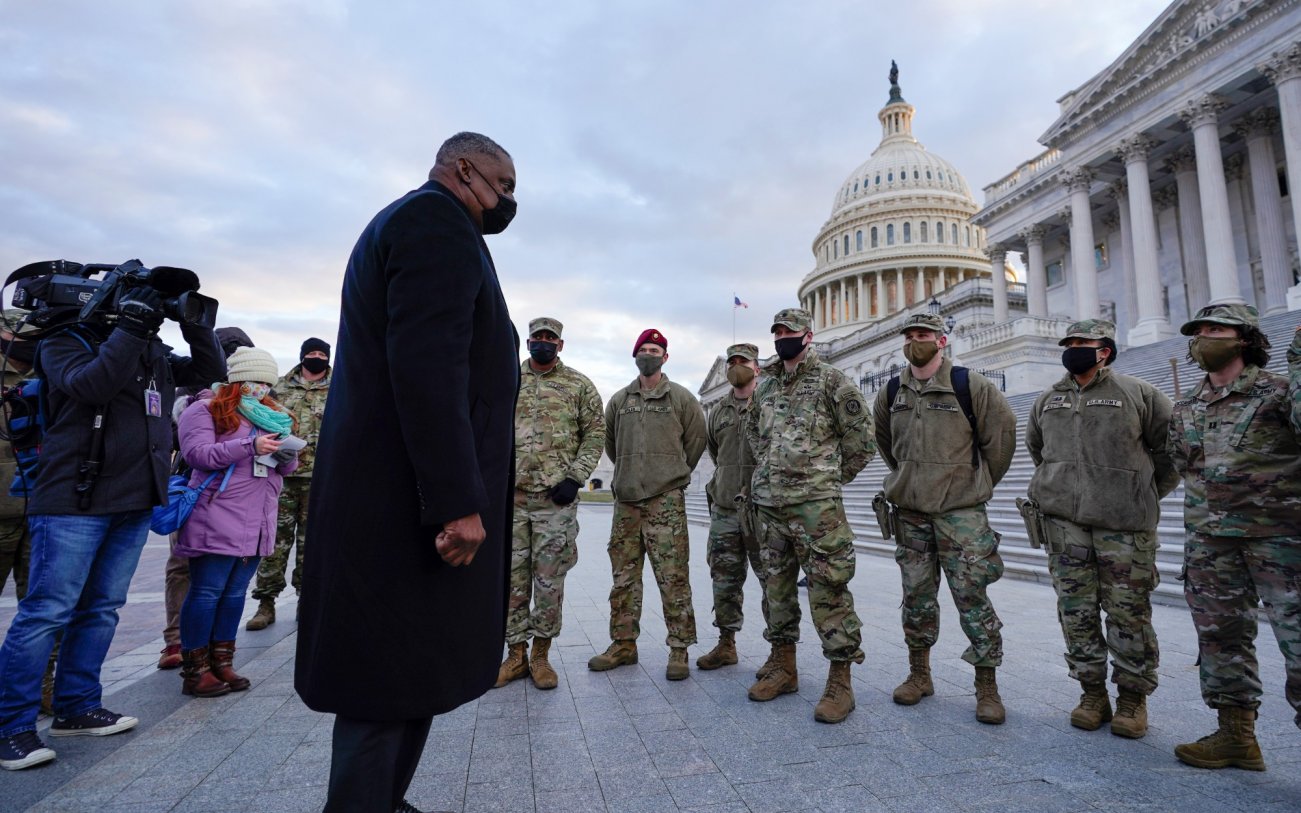 The events last month in D.C. demonstrate the National Guard’s value and suggest decision makers should think twice before withdrawing U.S. ground forces abroad from key locations at the frontiers of freedom.

The failure to protect the U.S. Capitol from an insurrectionist attack on January 6 is understandably dominating headlines. Leaders and investigators are right to ask how such a horrible breach of security happened—and what must be done to ensure it never happens again. There are also serious concerns about the role of veterans in the attack last month.

But as vital investigations and reforms proceed, Americans should not miss the other lessons on display. Foremost among them is the extraordinary role the U.S. National Guard played in securing the constitutional transfer of power and how properly positioned ground forces can provide powerful deterrence.

Most Americans appreciate that governors lean heavily on their Guard units to deal with both natural and man-made crises in their respective states. Many may also know the Department of Defense could not have completed its missions in Afghanistan, Iraq, and elsewhere over the last two decades without the National Guard’s essential contributions.

Until last month, however, many Americans may not have fully appreciated the importance of the Guard here at home.

Following the January 6 attack, Americans should consider the role the National Guard played, once it was called upon, in standing between insurrectionists and our Constitution.

It is worth remembering that members of the armed forces swear to “support and defend the Constitution of the United States against all enemies, foreign and domestic.”

For this commitment and the sacrifices associated with military life, members of the National Guard deserve our respect and admiration.

At the same time, members of the military, including the Guard, are not super-humans. They are us. They come from every county in our country. Their backgrounds are diverse, and they struggle with the same challenges and maladies as those who do not serve in uniform.

That is what makes what transpired in Washington after January 6 so impressive.

Once assistance from the National Guard was finally requested, the D.C. Guard arrived at the Capitol Hill complex within hours, followed quickly thereafter by units from Maryland and Virginia. Guard units from other states followed, ultimately creating a force of 25,671 troops.

That is essentially a force the size of an Army corps. To put that number in perspective, the United States currently has fewer than 6,000 service members in Afghanistan, Iraq, and Syria—combined.

All 54 state and territory governors mobilized their National Guards in support of state or national requirements.

Our nation was tested, and members of the National Guard honored their oaths, maintained the peace, and enabled the constitutional transfer of power.

But it is not surprising to those who understand the American military’s deep institutional commitment to country and Constitution.

The coup this week in Burma demonstrates what can happen when a military puts power over democratic principles.

Of course, that is not to say that there are no problems within the ranks of the American military. But as we seek to address those problems, we should take a moment to appreciate the Guard’s performance in defending the seat of our democracy and the constitutional transfer of power.

And what was the result of that Guard deployment in Washington, DC.?  With only a few exceptions, the insurrectionists did not even show up in D.C. once the National Guard arrived.

That brings us to the second lesson on display—the role of ground forces in deterrence.

Our nation is currently engaged in a debate about what military forces the United States must deploy abroad to secure our homeland and our interests. Within that discussion, there is also a lively policy debate—with important budgetary implications—regarding the role of the U.S. Army relative to the other services.

America certainly needs a larger Navy and Air Force. But the role of the U.S. Army remains vital in Europe, the Middle East, and yes, in the Indo-Pacific.

If America comes to blows with China, Russia, Iran, or North Korea, we will certainly need modernized air and naval forces with sufficient capabilities and capacities. But it would be better if those conflicts never happen in the first place.

While there is certainly a difference between armed domestic violent extremists and nation-state adversaries abroad, Americans have seen the same deterrent benefits of forward-positioned forces abroad. In 1997, a high-ranking North Korean defector stated that U.S. military forces in South Korea were the only thing deterring North Korean aggression.

In Europe, Moscow has invaded non-NATO countries such as Ukraine and Georgia in recent years. But after more than seven decades, the Kremlin has never invaded a NATO member country. The presence of joint U.S. combat forces, including ground forces, in Europe, makes clear to Moscow that America and its NATO allies have the military capability to defend against an attack.

The events last month in D.C. demonstrate the National Guard’s value and suggest decision makers should think twice before withdrawing U.S. ground forces abroad from key locations at the frontiers of freedom.

Bradley Bowman is senior director of the Center on Military and Political Power at the Foundation for Defense of Democracies, a Washington-based nonpartisan research institute focusing on national security and foreign policy.

This article first appeared on RealClearDefense.