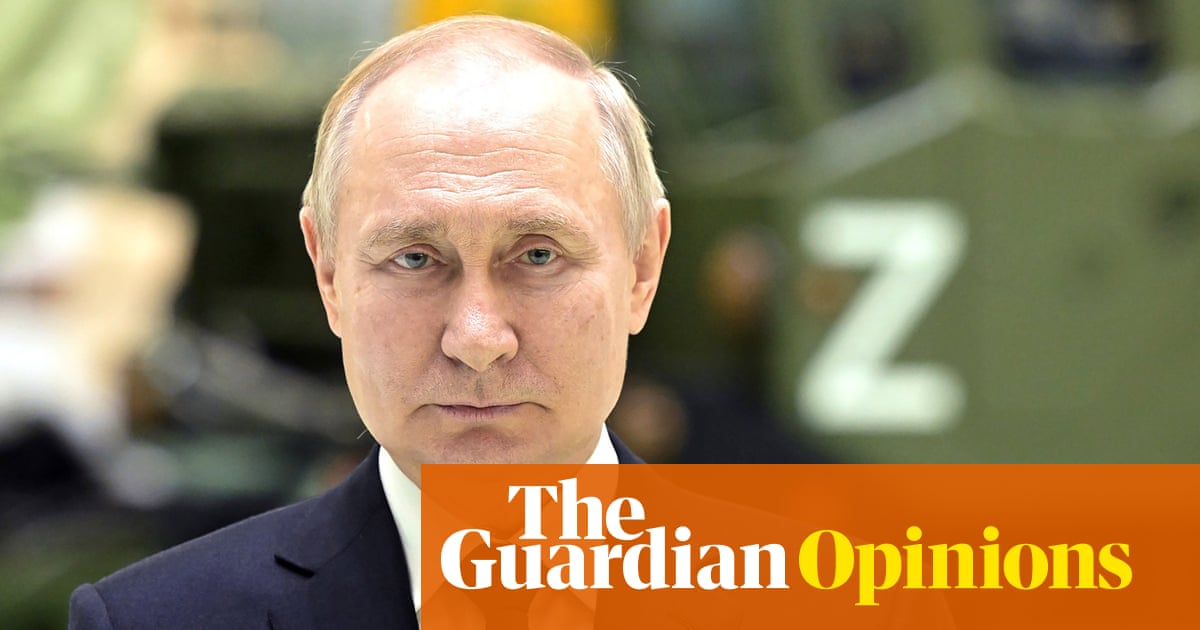 Almost a year on, Russia’s invasion of Ukraine has lost little of its shock value. Last weekend, a targeted missile strike hollowed out a residential building in Dnipro, killing 45 citizens. Now, the UK, France and even ever-cautious Germany are talking about supplying Ukraine with western tanks – something that seemed unthinkable even a month ago as western allies remained stuck in a bureaucratic game of chicken, with none willing to be the first to send tanks.

So what has changed? Top defence officials in the US and EU have explained the recent development as a way to help Ukraine gain decisive battlefield success that would force Russia into peace negotiations. Yet Ukraine has been desperately pleading with the west to provide offensive weapons since the early days of the invasion. What has motivated this new resolve among Ukraine’s western supporters?

The answer lies in the war’s timeline, a concept known among deterrence scholars as “the shadow of the future”. As Putin’s “three-day war” stretched into weeks and months, each party had to formulate a long-term plan. After some initial faltering, the west has eventually adopted the classic, textbook strategy of incremental escalation.

Escalating military assistance from small anti-tank devices to artillery, Patriot missile defence systems to tanks, is a signalling strategy akin to that of incrementally raising the bet to convey a strong hand in poker. As they cross Russia’s “red lines” one after another, the US and its allies are sending a message about their resolve to provide Ukraine with the support it needs to repel Russia’s invasion. The idea is that, if Russia believed it would ultimately be unable to achieve its military goals, then its best response would be to cut its losses now rather than continue fighting a war it cannot win. 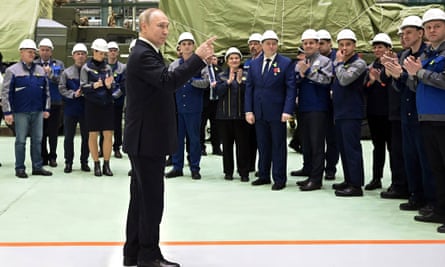 So why is Russia not folding? Because Putin operates under a different set of domestic institutional constraints from his opponents in the west. In contrast to democratic leaders, who stay in power by winning the support of a sizeable proportion of the voting-age population, Putin’s continuity in power is only predicated on the support of a handful of trusted elites, most of whom rely on him for their high-level positions in industry or government. While these elites often snipe at one another in order to increase their own influence, they depend on Putin’s favour for resources, and are in no position to oppose his policy actions, as their fortunes are directly linked.

This institutional context affords the Russian leader two important advantages. The first is temporal. Unconstrained by regularised electoral competition, Putin can afford to play the long game, to bide his time and wait until today’s pro-Ukraine elites in the west are replaced by those that are less favourable.

While western leaders congratulate one another on excelling at this game of poker, Putin and his elites are not even playing at the same table. From Russia’s perspective, its current adversaries in the west are but momentary blips on its way to achieving its military goals. In two years’ time, the US president, Joe Biden, may no longer be there to ensure western unity in its support for Ukraine. And even a small crack may be sufficient to turn the tide for Russia.

Putin’s second advantage comes in the form of policy latitude. With no requirement to answer to the public, who bear the brunt of the war’s financial costs, Putin’s policy range is determined by competing interests in his small inner circle. And those mainly military and intelligence elites are fully on board with the war: to them, the benefit of reuniting Soviet territories far outweighs what they perceive as temporary costs. Some of these elites have been clamouring for further escalation, such as the total military mobilisation of Russian society. The current concentration of power within Russia’s conservative elites points to the Kremlin’s imperialist foreign policy stretching far beyond Putin’s leadership.

The west acts as if it is unaware of this second advantage, mistakenly judging Russia by its own benchmark. In the minds of western leaders, there exists a military cost threshold, in casualties or treasure, that would compel Russia to back down: if only Ukraine had one more breakthrough, Russia might just see the light and agree to make some compromises. What Biden and his European allies forget is that authoritarian leaders do not face the same public pressures as leaders of democratic regimes. Sobering images of troops returning home in body bags are detrimental for democratic presidents, but are irrelevant for leaders who do not rely on public support to remain in power. No number of casualties will soften the Russian pharaoh’s heart.

What does this mean for Ukraine? It means that Russia will not relent. There’s a Russian folk saying that the first crepe in a batch usually does not pan out – in other words, succeeding at something usually takes some trial and error. The same seems to apply to its military campaigns. From the Soviet-Finnish wars to Chechnya, Russia has a history of initially failed military campaigns that succeeded on the second go.

Even if Ukraine chases every last Russian soldier from its land, Russia’s aggression will not end. Russia will continue to make claims to Ukraine’s territory, and will back them up with threats, intermittent missile launches and border skirmishes. There is no such thing as a decisive victory for the defender. A decisive victory implies the destruction of the attacker, lest it come back after a brief reprieve. Destroying Russia’s will or long-term capacity to take its land is something that, for Ukraine, is not an option. With an aggressor impervious to international or domestic pressure, tenuous peace, backed by a state-of-the-art anti-missile defence system and a world-class military on standby, may just be the best outcome Ukraine can hope to achieve.

Ukraine knows this, even though its western supporters are still hoping for a good-faith negotiated settlement. What Ukraine needs is to prepare for the long haul, strengthen its relationships with additional potential allies, and further develop its own defence industry. The only way Ukraine can achieve lasting peace is by stockpiling the biggest guns it can find.