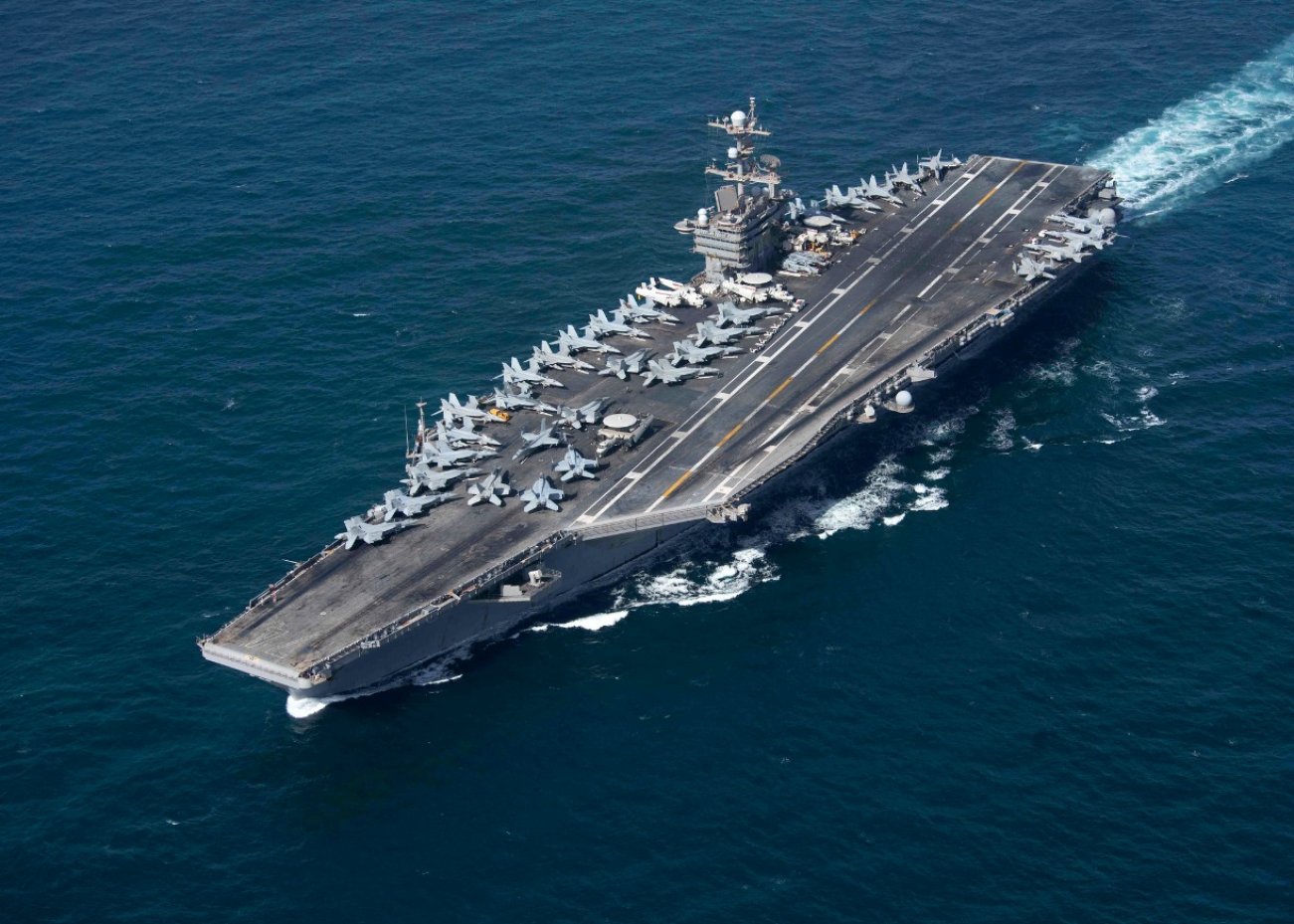 The sinking of the Card was a stunning victory for the Viet Cong, yet little remembered today.

Here’s What You Need To Remember: In the meantime, the Navy sent the salvage vessel USS Reclaimer and the tug USS Tawakoni to Saigon Port to begin pumping water out of the sunken vessel. Despite poor diving conditions and numerous equipment malfunctions, salvage crews raised Card in a little more than two weeks.

It was shortly after midnight when two Viet Cong commandos emerged from a sewer tunnel that emptied into Saigon Port, each man carrying nearly 90 pounds of high explosives and the components needed to make two time bombs.

Their target was the largest American ship in port, USNS Card. An escort carrier that saw distinguished service as a submarine-hunter in the North Atlantic during World War II, during the early morning hours of May 2, 1964, Card was part of U.S. Military Sealift Command.

The ship supported an escalating military commitment of the South Vietnamese government that occurred well before the Tonkin Gulf Incident. Since 1961, Card had transported both fixed-wing aircraft and helicopters to the beleaguered nation as well as the U.S. pilots and support crews need to operate them.

The commandos swam toward Card, where they spent about an hour in the water attaching the charges just above the waterline near the bilge and the engine compartment on the ship’s starboard side. They set the timers and quickly swam away.

The charges exploded. Five civilian crewmen on board Card died, the explosion tore a huge hole in the engine-room compartment and a proud ship that had survived German U-boat attacks was on her way to the bottom — the last aircraft carrier in U.S. military history to date sunk by enemy action.

The sinking of the Card was a stunning victory for the Viet Cong, yet little remembered today. It illustrated how vulnerable naval vessels can be even when faced with a low-tech enemy … and how difficult maintaining port security can be in a war with no real front.

But it also demonstrated how resilient American naval forces are. In 17 days, salvage crews raised Card out of nearly 50 feet of water, and six months later the ship returned to service for another six years.

Not surprisingly, North Vietnam celebrated the sinking of Card, considering it a propaganda victory of the first rank. The U.S. government refused to even acknowledge the vessel’s sinking, telling the public the carrier had only been damaged.

The North Vietnamese government even commemorated the event by portraying the operation on a 1964 postage stamp.

Naval vessels often have a mystique about them — they look formidable, bristle with weapons and aircraft, and have the ability to project a nation’s power anywhere on the planet. In particular, aircraft carriers are the symbol of a nation possessing “great power” status.

But they are vulnerable to attack. For example, there are reasons why even aircraft carriers have numerous escort vessels — destroyers, guided-missile cruisers, even submarines — to protect a carrier as well as engage the enemy.

We shouldn’t be too surprised when an enemy takes out a naval vessel in combat, even if it is a commando with a time bomb, James Holmes, a naval historian and analyst who teaches at the U.S. Naval War College, told War Is Boring.

“We shouldn’t get carried away with thinking of warships as ‘castles of steel,’ or latter-day dreadnoughts, or whatever,” Holmes said. “A castle is a fortification whose walls can take enormous punishment, whereas most modern warships have thin sides — the nuclear-powered carrier being an honorable exception. So a guy with a charge can do a lot of damage.”

Holmes said the sinking of Card “provided a preview” of the attack on the USS Cole in 2000 — a textbook case of a low-tech assault taking out a prime example of U.S. naval might.

Al Qaeda operatives mounted a suicide attack against Cole, a guided-missile destroyer, using a small boat packed with explosives that targeted the American ship while she was docked in Aden harbor. The blast tore a huge hole in the vessel, killing 17 sailors and injuring 39 — the deadliest attack on a U.S. Navy ship in recent history.

The blast from the explosion reached Cole’s galley, killing and wounding many there as sailors were lining up for lunch. Investigators later said they did not consider the timing of the attack a coincidence.

Fifty years ago, penetrating harbor security was a major concern as well for the perpetrators of the attack on Card.

Lam Son Nao, 79, the leader of the Viet Cong commandos, was a maintenance worker at the port at the time of the attack. He used his job as cover while he gathered intelligence, hid explosives and planned the mission.

Despite patrol boats filled with harbor police, Nao and his companion were able to mount their operation because of careful planning and the corruption of Saigon law enforcement.

“For the Card mission, my fellow operative and I pretended to be fishermen,” Nao said in an April 22, 2015 interview with Vietnamese News Service. “When our boat reached Nha Rong Wharf, the police chased us to the bank of the Thu Thiem Peninsula. To avoid having my boat inspected, we pushed the boat to a swamp, so that the police boat could not reach it.”

Nao told the harbor police that he wanted to shop at a market on a nearby island, offering to share part of the clothing and radios he planned to buy there. Then, he gave the police a generous bribe — and they let Nao go his way.

The aftermath of the attack on the Card rallied American rescue and salvage crews to deal with a severe crisis. The American brass and Pres. Lyndon Johnson wanted to keep the results of the attack as quiet as possible.

However, raising Card would be a major salvage operation.

Five Navy divers investigated damage to Card. One said he found the remains of a U.S.-made demolitions pack — evidence that the Viet Cong might have used stolen American military munitions.

In the meantime, the Navy sent the salvage vessel USS Reclaimer and the tug USS Tawakoni to Saigon Port to begin pumping water out of the sunken vessel. Despite poor diving conditions and numerous equipment malfunctions, salvage crews raised Card in a little more than two weeks.

Soon, both Reclaimer and Tawakoni towed Card out of Saigon harbor on their way to the U.S. Navy port of Subic Bay in the Philippines for repairs.

“The carrier Midway went from being a World War II carrier to a modern supercarrier over the course of her life, which reached into the 1990s,” he said. “That philosophy — deliberately build ships to allow for easy changes and upgrades over a long life — is making a comeback.”

Even Cole survived her attackers. After 14 months of repair, Cole departed dry-dock on April 19, 2002, and returned to her homeport of Norfolk, Virginia.

The ship deployed again in 2003. Cole remains in operation with the Sixth Fleet. Card decommissioned in 1970.

This first appeared in WarIsBoring here.