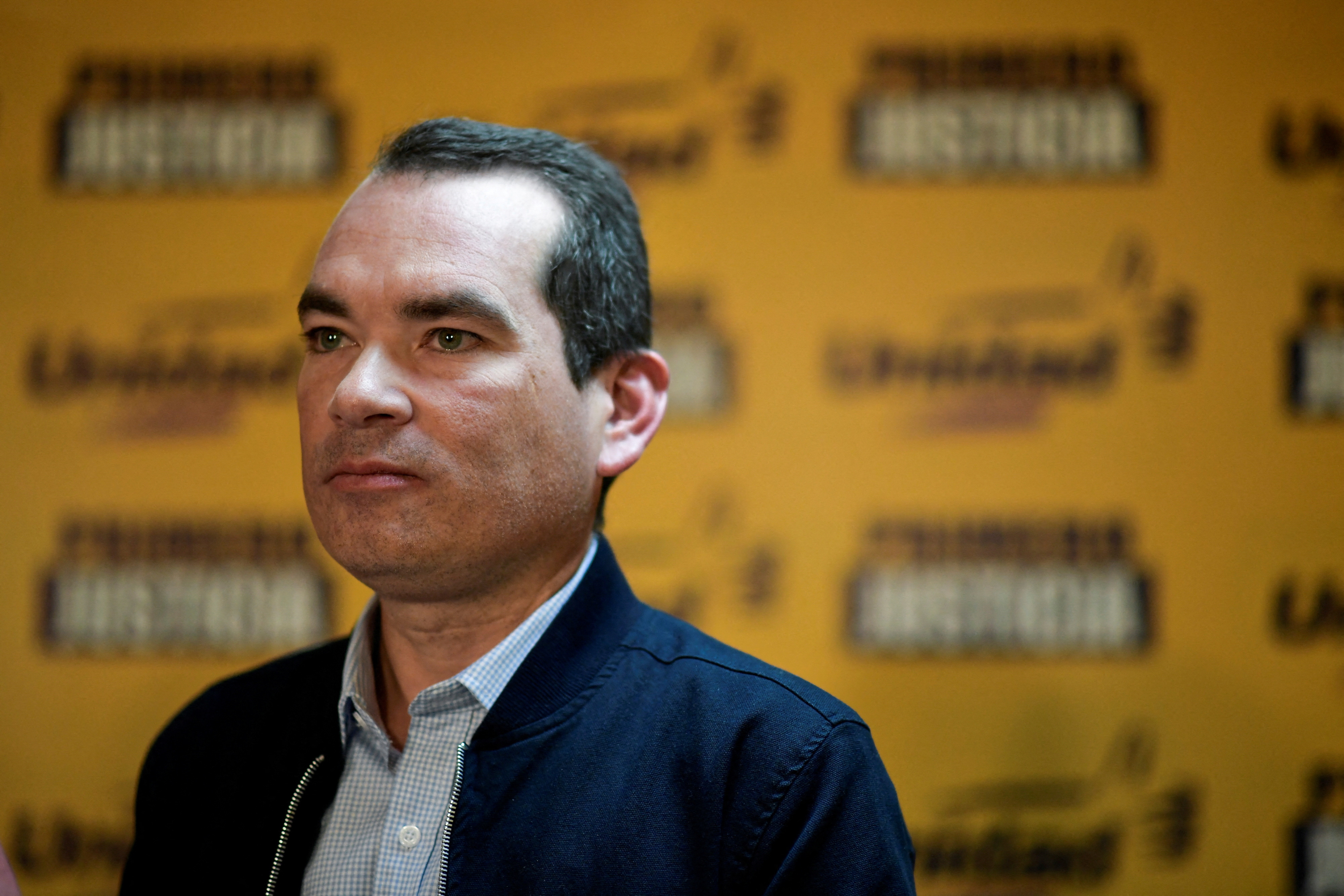 Tomas Guanipa, leader of the opposition party “Primero Justicia”, addresses the media after the resumption of political talks between the Venezuelan government and the opposition in Caracas, Venezuela November 30, 2022. REUTERS/Gaby Oraa

Venezuela’s opposition is discussing how it might move frozen funds in foreign bank accounts into a proposed United Nations-administered humanitarian fund, including moving small amounts to protect the money from creditors, four sources said.

The fund is not yet operational and there is no timeline for its implementation. Adding to the uncertainty is the opposition’s recent replacement of its U.S.-backed interim government with new leadership, which Washington has said it will recognize.

The socialist government of President Nicolas Maduro and the opposition are in sporadic talks to end years of political stalemate, which has seen the opposition refusing to participate in elections they have called rigged, while Venezuela’s once oil-rich economy has collapsed.

Backed by many Western countries, the opposition controls some Venezuelan assets abroad, including refiner Citgo Petroleum, which had its creditor protection extended this week by the United States. On Thursday the opposition assembly appointed a committee to manage foreign assets.

Though at least one group of Venezuela’s bondholders supports the proposed U.N. fund, the opposition fears creditors might seek to collect the assets to begin recouping the more than $60 billion the country owes to creditors.

And the Maduro government ramped up pressure this week, saying it sees no reason to return to the Mexico-based talks unless the assets are made available.

Members of an opposition delegation met with officials in Washington over recent days to discuss how to move money into the fund without exposing it to creditors, said four sources with knowledge of the matter.

One option is to move relatively small amounts, which would cost creditors too much in legal fees to be worth pursuing, they said.

The sources did not provide details about other strategies but said the process of moving money would “take time”.

The U.S. State Department did not immediately respond to a request for comment on the potential strategies for moving funds, but a spokesman said it urged Maduro to follow through on holding negotiations while the fund is being put together.

“Of course the fund will have obstacles,” opposition negotiator Tomas Guanipa told journalists on Thursday.

Guanipa confirmed the opposition met this week with U.S. officials about the fund but would not be drawn on details.

“The delegation has not stopped working on this, so the technical details can be resolved,” he said.

The United Nations has expressed full support for the potential fund, saying it could support millions of vulnerable Venezuelans, but has not provided details on how it could be administered.

“The UN continues to engage with the parties with a view to finding a solution,” spokesman Stephane Dujarric said last week.