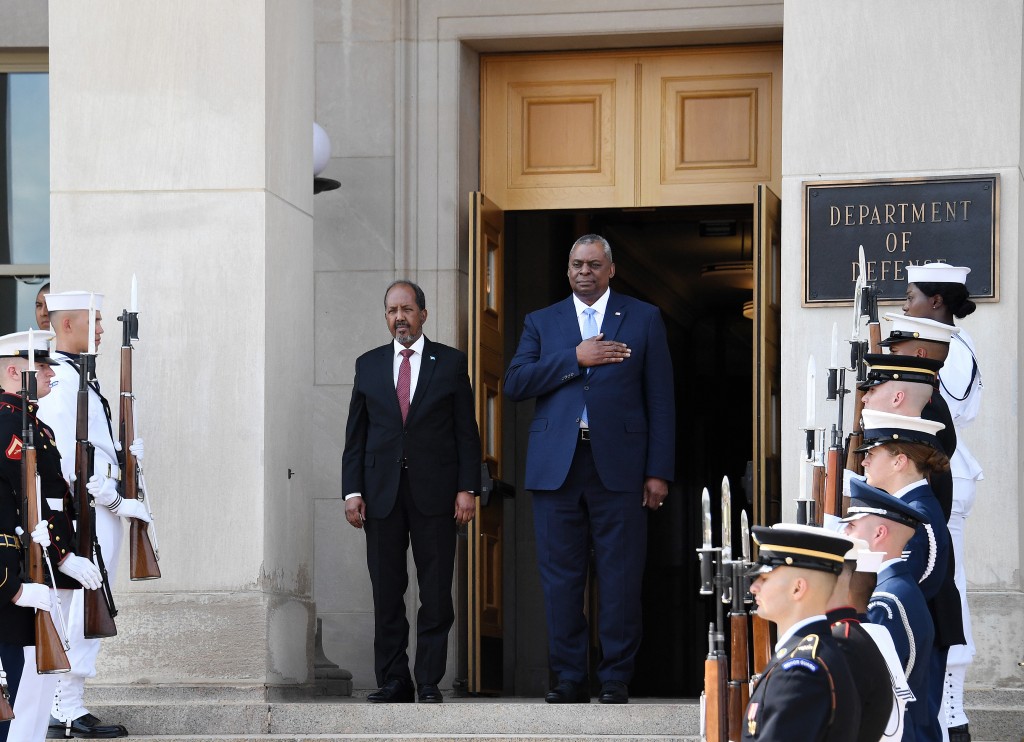 
At a widely anticipated summit hosted by the Biden administration in Washington, D.C., last month, African leaders called for more support from the U.S. government for counterterrorism efforts on the continent. Aware that the Biden administration has woken up to the geostrategic significance of Africa in the context of Russia’s war with Ukraine, a number of the heads of state in attendance approached the gathering as a political marketplace in which loyalties are bought and sold. All signs indicate that elite pacts in the name of “security” will continue to dominate U.S.-Africa relations, with ordinary people caught in the crosshairs of newly emboldened U.S.-trained security forces.

Forty-nine African leaders convened in Washington for the U.S.-Africa summit, the first such gathering hosted by the U.S. since 2014. At the Peace, Security, and Governance panel on December 13, Presidents Filipe Nyusi of Mozambique, Hassan Sheikh Mohamud of Somalia, and Mohamed Bazoum of Niger joined African Union Chair Moussa Faki Mahamat in appealing for more U.S. security and counterterrorism aid.

The speeches delivered by each of these leaders poignantly illustrated what some might refer to as “empire by invitation,” wherein ostensibly sovereign leaders reproduce colonial power relations by inviting a more expansive role for imperial actors in their own affairs.

This is clearest in Somalia, where Mohamud recently asked the U.S. to loosen restrictions on its drone strikes targeting al-Shabab, despite documentation of, and lack of accountability for, the rise in civilian deaths due to drone strikes. “Not only does AFRICOM utterly fail at its mission to report civilian casualties in Somalia,” Amnesty International noted in 2020, “but it doesn’t seem to care about the fate of the numerous families it has completely torn apart.” While the Biden administration initially went to great lengths to suggest that it would curb former President Donald Trump’s lenient approach to drone warfare in Somalia by imposing more restrictions on the U.S. Africa Command, it continues to grant the military considerable leeway and has yet to publicly reject Mohamud’s request.

In the midst of a catastrophic food crisis, Mohamud has declared war on the Somali population by calling on all civilians to leave al-Shabab-controlled territory, warning that they risk becoming collateral damage if they do not physically distance themselves from the group. Mohamud’s approach amounts to a form of collective punishment, as his government is holding the entire population responsible for the actions of a small minority. Given that so many have already been displaced by drought and war, the assumption that further relocation is even possible shows a callous disregard for the challenges confronting ordinary Somalis.

The Somali president’s privileging of military solutions aligns perfectly with the primary interest of the Biden administration: addressing what it perceives to be threats to national and international security. Panelists such as Secretary of Defense Lloyd Austin, Secretary of State Antony Blinken, and Samantha Power of the U.S. Agency for International Development approached political dynamics in Africa — whether in the form of hunger, unemployment, outward migration, popular protest, or coups — through the lens of risk and instability, rather than as the product of a longstanding scramble for African resources and a market-oriented global economy that has exacerbated marginalization and inequality.

The overarching message was that economic desperation and political frustration should be understood as threats that call primarily for one kind of solution: containment, and, if necessary, the use of violent force. None of the speakers on the Peace, Security, and Governance panel acknowledged that, particularly since the establishment of AFRICOM, the U.S. has in many ways contributed to the very instability it claims to want to solve, with the rise of al-Shabab in the aftermath of the 2006 U.S.-backed Ethiopian invasion of Somalia a case in point. Members of the National Guard block the streets near the site of the U.S.-Africa Leaders Summit in Washington, D.C, on Dec. 13, 2022.

In his remarks at the summit, Mahamat highlighted the efforts made by the African Union to establish its own security architecture. Noting that the continent’s national armies are “underequipped,” he stressed the importance of having permanent special forces at the continental level that would be “more flexible” and “more offensive” in their approach.

Mahamat was referring to the African Standby Force, a mechanism that has yet to become fully operational. Championed for its potential to offer “African solutions to African problems,” the extent to which such a force will in fact be African-led is the source of considerable debate. At a time when the U.S. is wary of the costs associated with its own direct intervention — whether in dollars, lives, or legal and political blowback — the Pentagon’s Africa Command increasingly relies on a growing number of African security forces to assume the burden of counterterrorism missions on the continent. Partnerships with elite African military units allow U.S. forces to rely on proxies in cases where America is not officially at war and where the very presence of U.S. troops is likely to raise eyebrows. For their part, African states’ readiness to deploy their own troops to the front lines has been critical to their continued ability to access development assistance and foreign aid.

The idea for a U.S.-trained, all-African military force was first proposed by the Clinton administration in the 1990s. Referred to at the time as the African Crisis Response Force, the Clinton plan came in the wake of the U.S. military’s painful exit from Somalia in 1993, which precipitated a shift in U.S. strategy away from a boots-on-the-ground approach to military intervention. Instead, the U.S. sought to cultivate partnerships with African militaries that could be trained and equipped for security operations, all while protecting U.S. interests. In the words of Nigerian scholar Adekeye Adebajo, “Africans would do most of the dying, while the U.S. would do some of the spending to avoid being drawn into politically risky interventions.”

At the time, some of the continent’s most vocal leaders were circumspect. Presidents Julius Nyerere of Tanzania and Nelson Mandela of South Africa rejected the notion of such a force on the basis that Africans had not been consulted about the proposal. President Muammar Gaddafi of Libya saw the writing on the wall, presciently anticipating what would eventually become AFRICOM. At a 1999 summit of the Organization of African Unity (the predecessor of the African Union), Gaddafi instead proposed the creation of a continental army that would explicitly serve the purpose of protecting Africa from the meddling of external neocolonial powers.

In doing so, he rekindled an older proposal by Ghana’s anti-colonial leader and eventual president, Kwame Nkrumah, who in the 1960s called for the creation of an African Military High Command to protect African states in the face of interference from Western powers. Despite formal declarations of independence across the continent at the time, Nkrumah was mindful of the potential for new forms of colonialism to compromise African sovereignty, contributing to the rise of client states and of “exploitation without redress.” As he wrote in 1965: “For us, the best or worst shout against imperialism, whatever its form, is to take up arms and fight. This is what we are doing, and this is what we will go on doing until all foreign domination of our African homelands has been totally eliminated.” 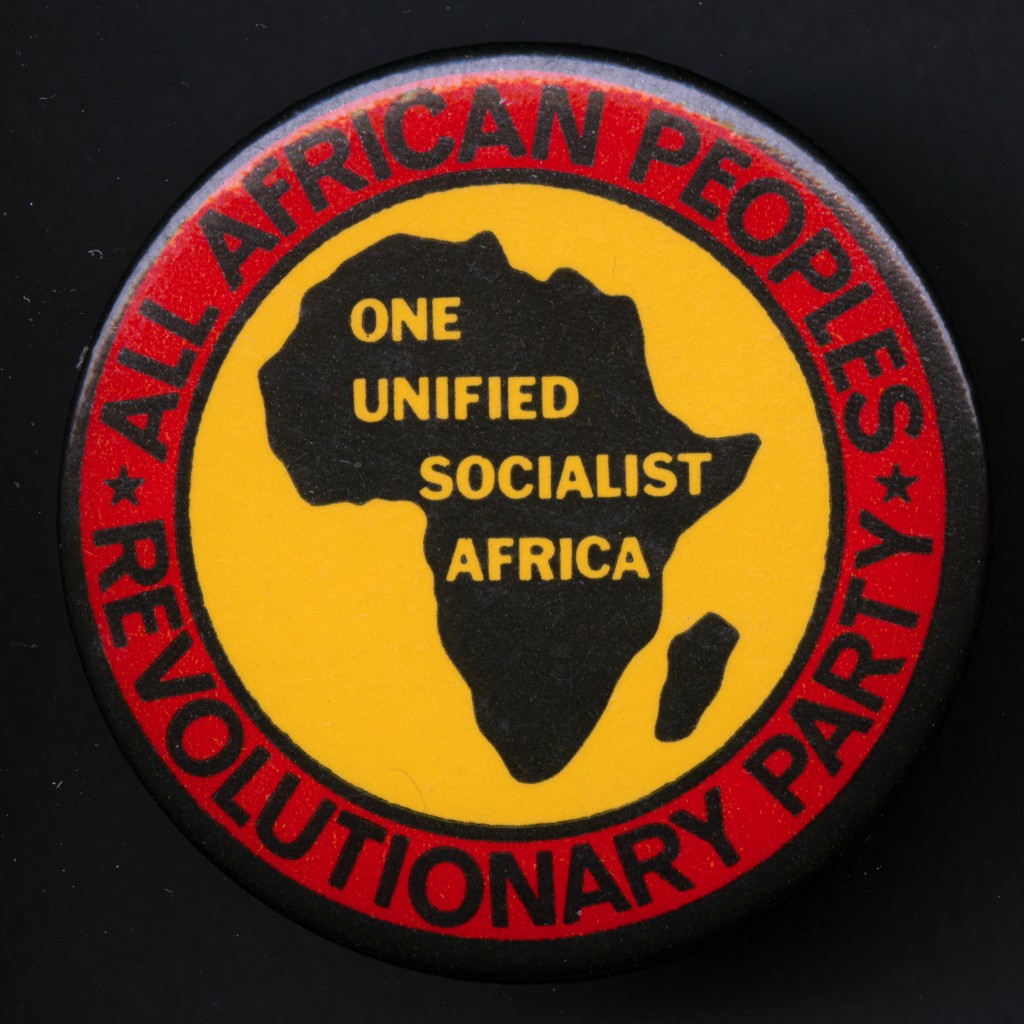 Ultimately, neither Nkrumah’s nor Gaddafi’s visions came to fruition. In the early days of independence, many African leaders worried about the potential for such a force to challenge the sovereignty of their newly independent states, and many held differing viewpoints on the question of intervention during the crisis in the Congo, which became a battleground for influence between the U.S. and the Soviet Union.

In the early 2000s, the African Union did establish its own security architecture, but in doing so, it abandoned the principle of noninterference long upheld by its predecessor, the Organization of African Unity. In an amendment to Article 4(h) of the Constitutive Act of the African Union, the union now has the right to intervene in member states when there is a “serious threat to legitimate order” for the purpose of restoring peace and stability.

What explains the shift away from Nkrumah’s preoccupation with external (neocolonial) aggression to the African Union’s seemingly open-ended embrace of intervention in the name of protecting “legitimate order”? Perhaps the first and most obvious answer is that both Nkrumah and Gaddafi were removed from power, and Gaddafi was killed by NATO-backed Libyan forces.

In 1966, one year after Nkrumah wrote about the need for Africans to arm themselves in the struggle against ongoing foreign domination, he was deposed in a military coup orchestrated by the CIA. According to the U.S. State Department at the time, Nkrumah’s “overpowering desire to export his brand of nationalism unquestionably made Ghana one of the foremost practitioners of subversion in Africa.” These events sent a clear message to other African leaders, many of whom had assumed power just a few years prior.

The potential operationalization of an African Standby Force comes with an important set of questions, including whether such an entity can constitute a form of pan-African cooperation that is by and for Africans, or whether it functions as a cover and a tool for militarism and endless wars that serve imperial interests.

Despite the summit’s rhetorical emphasis on democracy and open societies, the U.S. continues to view the continent through the lens of threat and great power rivalry — particularly as it faces increasing competition from China, Russia, Turkey, and the Gulf states. Looking ahead, we can expect that AFRICOM will continue to rely heavily on its African partners to function as militarized extensions of U.S. power on the continent, even as it rehashes the myth that instability in the region remains a “local,” Africa-specific problem. The extent to which African leaders at the summit displayed their readiness to serve as alibis for this charade is cause for deep concern.

The post Empire by Invitation appeared first on The Intercept.