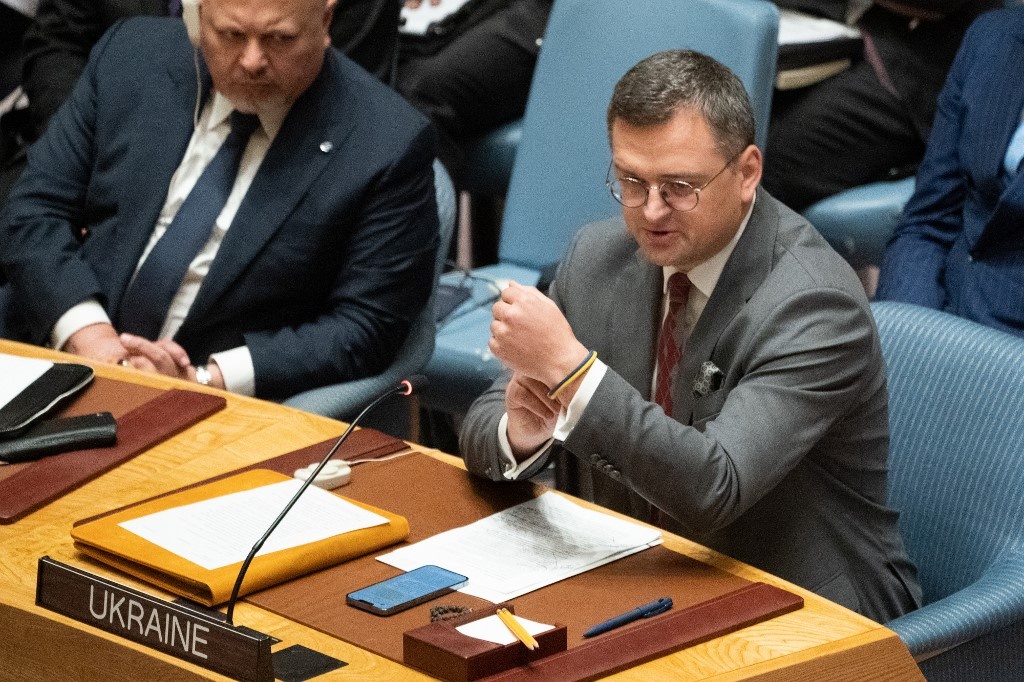 Prisoners held by both sides in Russia’s war in Ukraine have been subjected to torture, including beatings, electric shocks, and humiliating treatment while naked, UN investigators said on Nov. 15.

Under international law, “the prohibition of torture and ill-treatment is absolute, even — indeed especially — in times of armed conflict,” Matilda Bogner, head of the UN Rights Monitoring Mission in Ukraine, told reporters in Geneva.

She lamented that neither side in the war appeared to be adhering fully to that principle, although the abuse meted out by Russian captors was more “systematic”.

Speaking via video link from Kyiv, Bogner said the team of investigators, which has been present in Ukraine since 2014, had in recent months interviewed 159 prisoners of war — all but 20 of them men — held by Russia, and 175 PoWs — all men — held by Ukraine.

While Ukraine gave access to the prisoners while in detention, Russia did not, and the Ukrainian detainees could only be interviewed after their release, she said.

The “vast majority” of Ukrainian PoWs held by Russia described torture and ill-treatment, Bogner said, with the level of abuse often worse for those perceived to have been in positions of authority.

The investigators determined that some were beaten immediately upon capture, while many were then transported on overcrowded vehicles, sometimes lacking access to water or toilets for more than a day.

“Their hands were tied and eyes covered so tightly with duct tape that it left wounds on their wrists and faces,” Bogner said.

Upon arrival at some places of internment, the prisoners then faced so-called “admission procedures”, she said, including beatings, dog attacks, being stripped and put into stress positions.

Witnesses said that at least one prisoner of war died during this “welcome beating” at a penal colony near the eastern town of Olenivka in April, she said, adding that her team was investigating eight other alleged deaths at the same facility that month.

Once in internment, most PoWs said they were tortured, not just to extract information, but also “to intimidate and humiliate them”, Bogner said.

The investigators heard that PoWs were beaten, including with batons and wooden hammers, kicked and given electric shocks with tasers and a military phone known as TAPik.

Bogner quoted one man who was held in the penal colony near Olenivka as saying that members of Russian-affiliated armed groups had “attached wires to my genitalia and nose, and shocked me”.

Others described being stabbed, shot with a stun gun, threatened with mock executions, being hung by the hands and legs, and burned with cigarettes.

“We also documented various forms of sexual violence, such as pulling a male victim by a rope tied around his genitalia, or forced nudity combined with the threat of rape,” Bogner said.

Some of the 20 women PoWs interviewed also described beatings, electrocution and threats of sexual violence, with some saying they were forced to run naked from one room to another in the presence of male guards, she said.

The investigators did not describe similar sexual violence against the Russians held by the Ukrainians, although Bogner said they had heard of some threats of sexual abuse, as well as transport in “humiliating conditions”, with naked prisoners packed into trucks.

Mistreatment of the Russian PoWs by the Ukrainians was meanwhile “not systematic”, she said, adding that the riskiest time appeared to be at the moment of capture and during transport.

“Once they were in places of internment, for the most part, they were treated adequately,” she said.

The investigators had however identified three internment centres run by the Ukrainians where torture and ill-treatment occurred, she said, with Russian PoWs describing being punched and kicked in the face and body after surrendering, and during interrogations.

In some cases, they “were stabbed or given electric shocks with the TAPik military phone,” Bogner said.

Most concerning perhaps, the investigators had received “credible allegations of summary executions of persons hors de combat,” she said.

Bogner highlighted the need for accountability for such abuse, and hailed that Ukraine had launched a number of criminal investigations targeting members of its armed forces accused of abuse against prisoners.