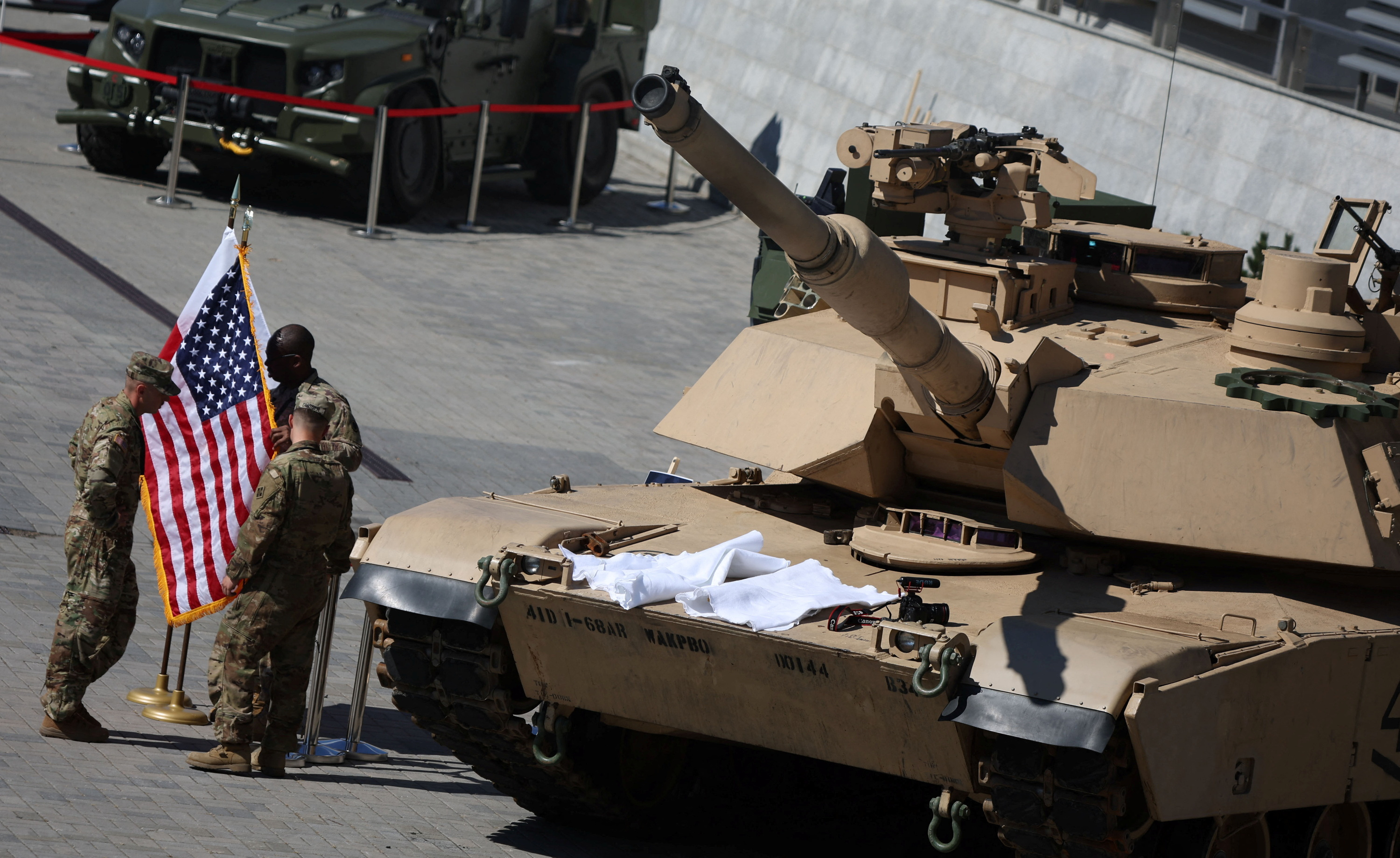 The United States, in a reversal, appears to be poised to start a process that would eventually send dozens of M1 Abrams battle tanks to Ukraine, two U.S. officials told Reuters on Tuesday.

Such a decision by the United States would come just days after Washington argued against sending the Abrams, despite demands from Kyiv and public pressure from Berlin as it faced calls to send German-made Leopard battle tanks.

The officials, speaking on condition of anonymity, said an announcement could come as early as Wednesday.

They added that the Abrams would likely be procured through a fund known as the Ukraine Security Assistance Initiative (USAI), which allows President Joe Biden’s administration to get weapons from industry rather than from existing U.S. weapons stocks.

One of the officials said it was possible the Biden administration could use the USAI process to buy the Abrams from allies who have them, refurbish them, and then send them to Ukraine.

The process can take months and even years.

Ukraine says heavily armored Western battle tanks would give its troops more mobility and protection ahead of a new Russian offensive that Kyiv expects in the near future. They could also help Ukraine retake some of the territory that has fallen to Russia.

U.S. officials had said that the Abrams was tough to maintain, hard to train Ukrainians to operate, and ran on jet fuel — making it a poor choice for this phase of the war.

On Tuesday, the Pentagon declined to say whether Washington would provide tanks to Ukraine but reiterated the challenges the Abrams posed.

“The M1 (Abrams) is a complex weapons system that is challenging to maintain… that was true yesterday, that is true today and will be true in the future,” Pentagon spokesperson Brigadier General Pat Ryder told reporters.

“We continue to have discussions with Ukrainians and our allies and partners about what are the medium- and long-term defense requirements for Ukraine,” Ryder added.

The disclosure about the softening U.S. position came the same day sources said that Germany would send Leopard 2 tanks to Ukraine to help fight Russia’s invasion and allow other countries such as Poland to do the same.

German Chancellor Olaf Scholz’s Social Democrat party had been holding back, wary of moves that could cause Moscow to escalate further.