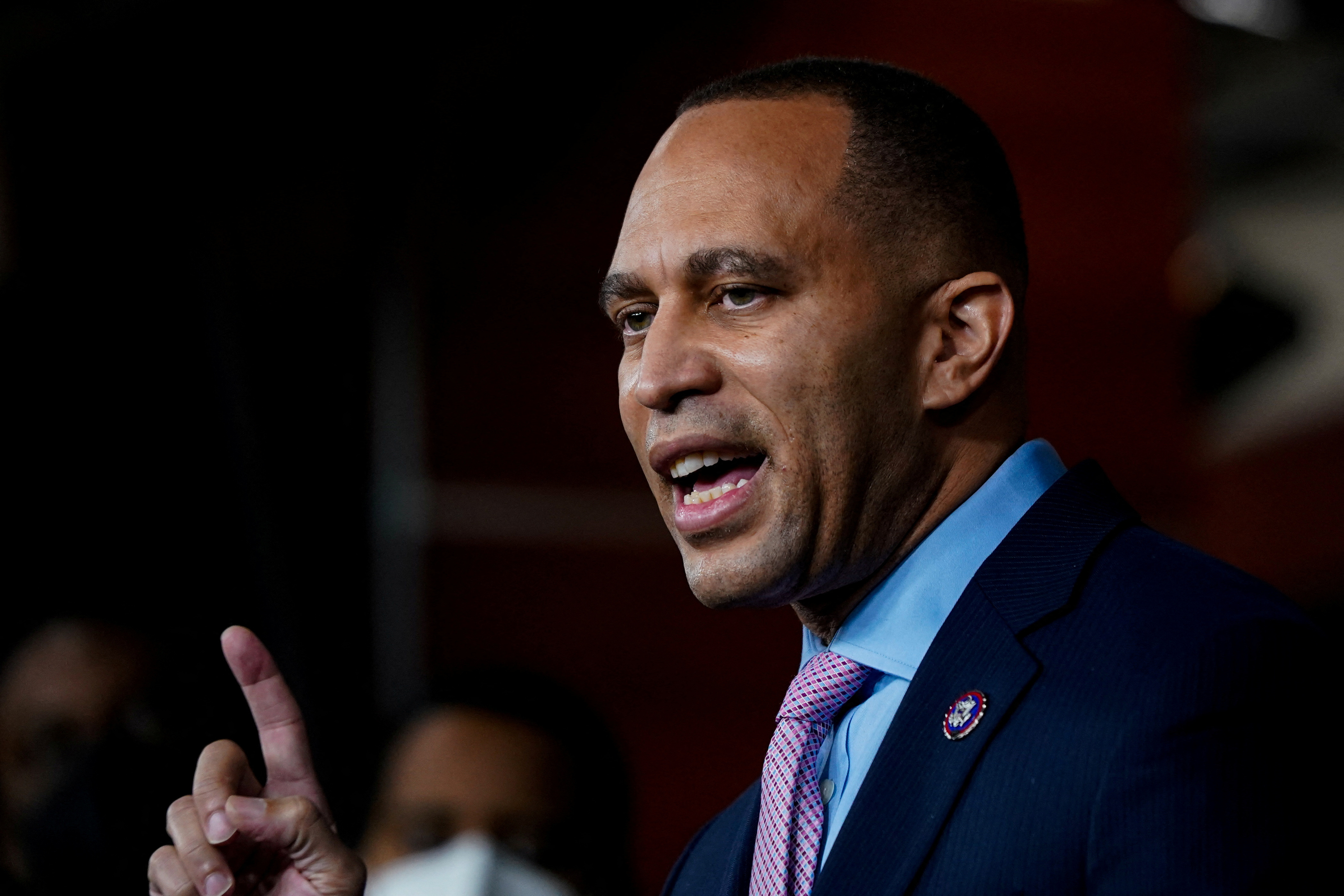 Democrats in the U.S. House of Representatives were poised on Wednesday to pass their leadership baton to a younger generation, marking the end of the Nancy Pelosi era and the widely anticipated opening of Hakeem Jeffries’ party rule.

Jeffries, a 52-year-old New Yorker, is running for House Democratic leader for the next two years. If he is elected as expected during closed-door voting, he would become the first Black person to hold a top party leadership job in the House or Senate.

When he formally announced his candidacy on Nov. 18, following a decade in the House, Jeffries pledged to preside over a caucus that would return power to committee members and give junior lawmakers more say in shaping legislation and being rewarded with high-profile positions.

“Meaningful policymaking and public engagement opportunities should be robustly distributed regardless of length of service,” Jeffries wrote in a letter to fellow Democrats.

There were no apparent challengers to Jeffries.

The regime change for Democrats comes at a time when Republicans are set to take majority control of the House on Jan. 3 as a result of the Nov. 8 midterm elections.

That majority will be slim, with no more than a handful of seats.

Nonetheless, Republicans, including their leader Kevin McCarthy who wants to become the next speaker, have put Democrats on notice that they will hit the ground running, launching investigations of administration officials and even President Joe Biden himself and his son, Hunter.

They also say they want deep cuts in spending after years of both parties paying little to no attention to rising budget deficits and a national debt that now exceeds $31.3 trillion. Tough new border security initiatives also rank high on the Republican agenda that Democrats will do battle over.

While they made tackling inflation the centerpiece of their 2022 congressional campaigns, Republicans, since narrowly winning control of the House, have said little about that subject.

They have been under pressure for years to give way to a younger generation.

The moment for that came after Republicans won the majority, but without the “red wave” of massive wins they had expected – a turn of events that buoyed Democrats.

Running for election as part of Jeffries’ team are Representative Katherine Clark, 59, who is seeking the No. 2 Democratic whip job, and Pete Aguilar, 43, vying for Jeffries’ current job of Democratic caucus chairman.

The three, representing districts in New York, Massachusetts and California, respectively, bring their own particular strengths to different segments of the Democratic caucus.

Clark has strong ties to House progressives, a group growing in influence, while Aguilar is seen as a bridge to more moderate Democrats and is a member of the Congressional Hispanic Caucus.

Jeffries is a member of the high-profile Congressional Black Caucus.

This leadership team, if elected, would have the luxury of learning on the job while in the minority, without all the pressure that majority status brings.

Pelosi, asked by reporters whether she will be on hand to advise that team, said, “Yeah,” if she is sought out.

Speaking to a small group of reporters on Nov. 17 just minutes after her plan to leave leadership, Pelosi added: “I will not feel neglected if I’m not asked because I don’t remember asking anybody” upon ascending to leadership herself.