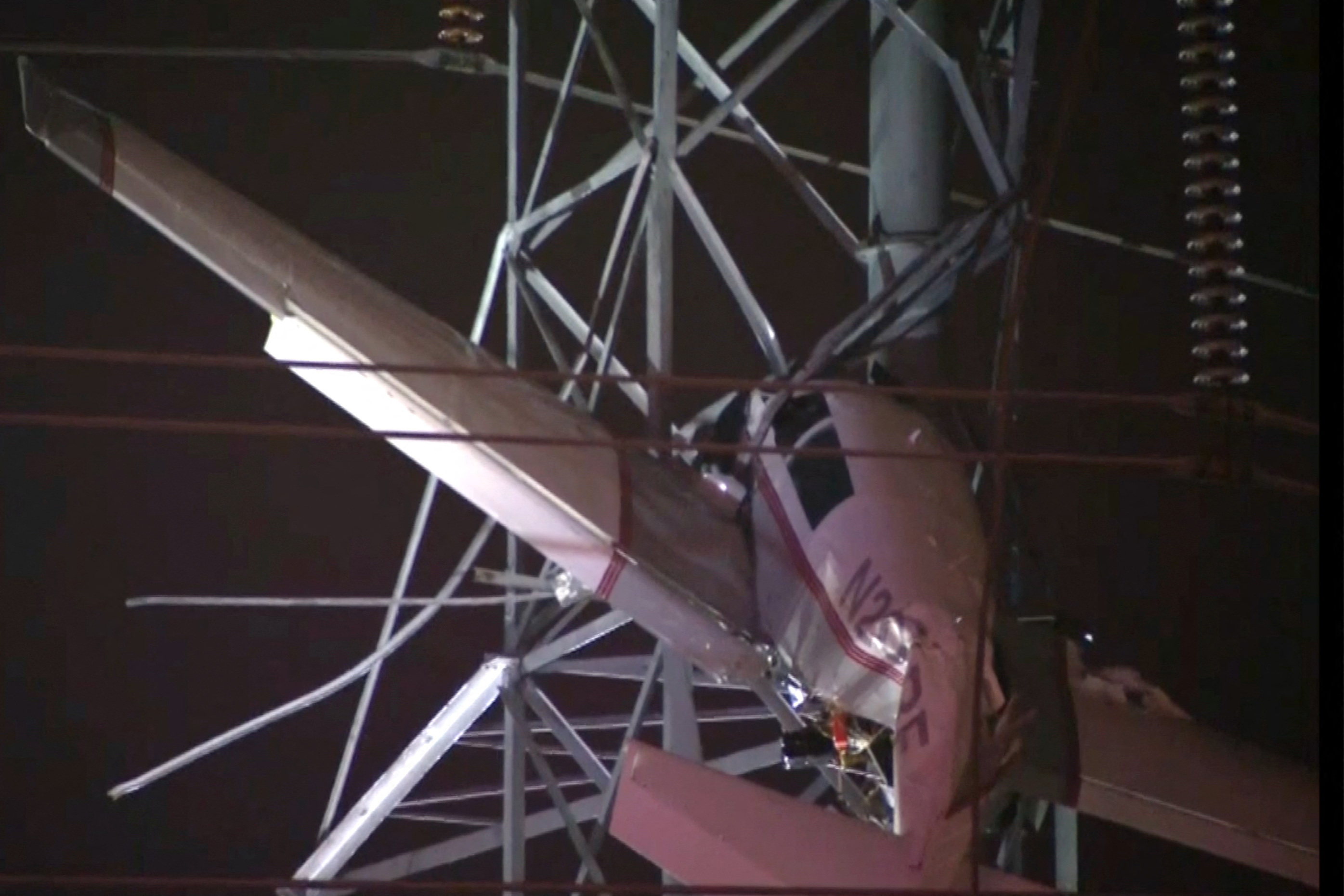 A small airplane hangs about 100 feet (33 metres) above the ground after crashing into an electricity tower in Gaithersburg, Maryland, U.S. November 27, 2022 in a still image from video. ABC affiliate WJLA via REUTERS

Two seriously injured people trapped inside a small plane that crashed into high-voltage power lines near Washington, D.C. and caused mass outages have been rescued, authorities said early on Monday.

“Both patients have been transported to local area trauma centers with serious injuries,” Montgomery County Fire Chief Scott Goldstein said in a press briefing, adding that the two people had suffered hypothermia and orthopedic and trauma-related injuries.

The aircraft crashed at about 5:30 p.m.(2230 GMT) in misty and wet conditions in Montgomery Village, Maryland, on Sunday, according to the Montgomery County Fire & Rescue Service. It became caught up in live power lines about 100 feet (30 meters) from the ground.

Goldstein said crews had been able to electrically ground the plane at about 11.30 p.m. and it had been secured nearly 45 minutes later, with both patients coming down by 12.36 a.m.

Most power in the county has been restored, according to Goldstein. Two hospitals were back at full capacity after earlier being limited, he said.

Washington-area utility company Pepco said it had restored electric service for all customers who had been impacted by the incident. The company was continuing to stabilize energy infrastructure at the scene and assessing damage before beginning repairs, it added.

Goldstein said earlier that rescue officials were in contact with the occupants by calling their cell phones.

According to the FAA, the Mooney M20J aircraft was flying from Westchester, New York and had been due to land at Montgomery Airpark, close to the crash site.