WASHINGTON (Reuters) -Donald Trump is set to launch a new White House bid on Tuesday, hoping to box out potential Republican rivals and return his false claims of election fraud to the center of U.S. politics. 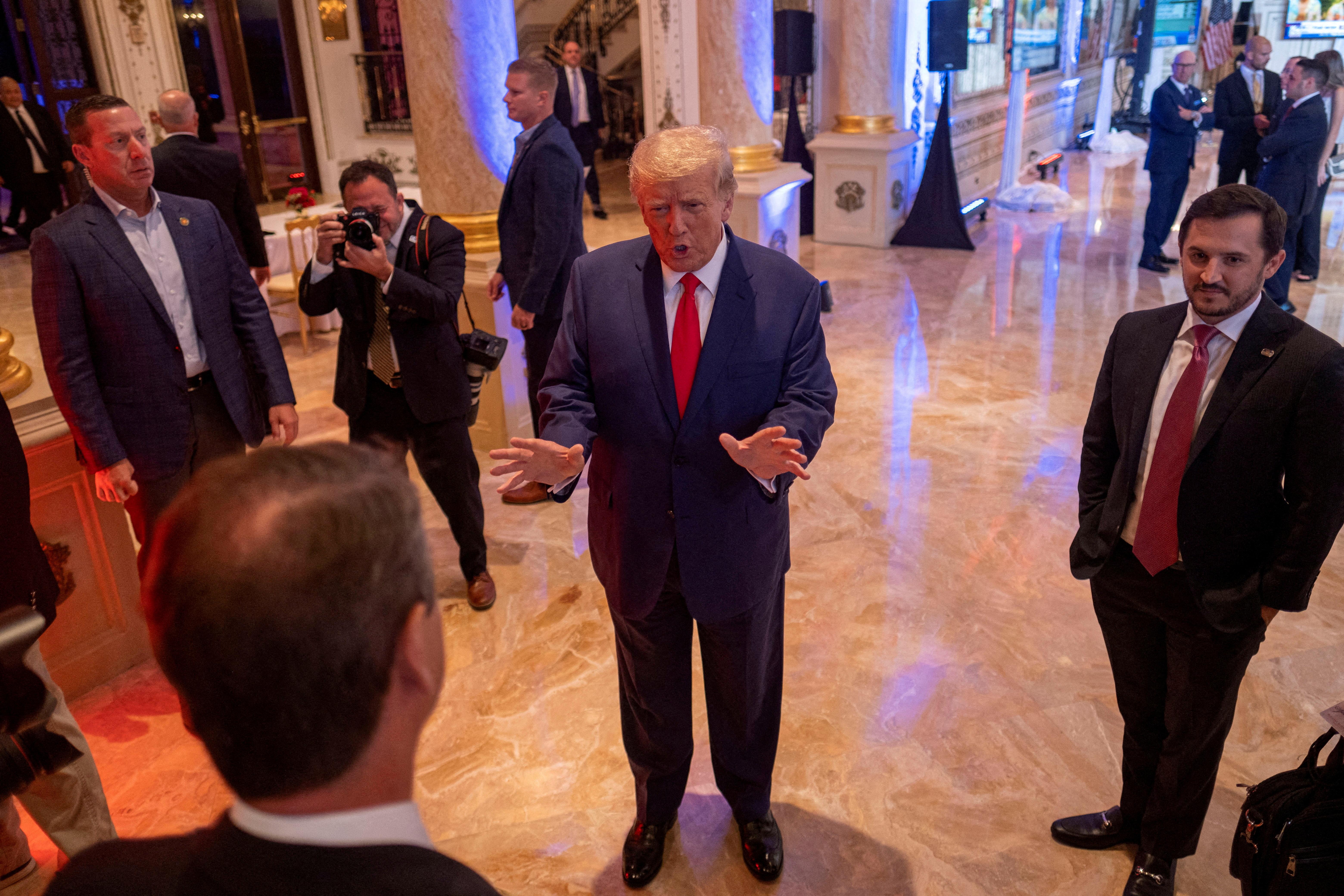 Trump’s announcement, scheduled for 9 p.m. ET (0200 GMT on Wednesday) at his resort in Palm Beach, Florida, follows a disappointing showing in last week’s midterm congressional elections that many Republicans blame on him.

The unusually early launch may well be aimed at fending off potential challengers for the party’s nomination in 2024, including rising star Florida Governor Ron DeSantis, 44, and Trump’s own former vice president, Mike Pence, 63.

Sources close to Trump, 76, said he planned to push ahead despite mixed results from his endorsements this year, with losses by celebrity doctor Mehmet Oz in Pennsylvania and Don Bolduc in New Hampshire contributing to Republicans’ failure to win a majority in the U.S. Senate.

Another Trump-picked candidate, former football star Herschel Walker, was forced into a Dec. 6 runoff in his Georgia race against Democratic U.S. Senator Raphael Warnock. That has raised some concerns that Trump’s announcement could again hurt the party’s chances in a Georgia runoff, similar to the January 2021 runoff that gave Democrats their current majority.

Multiple Trump-aligned candidates who ran on platforms focused on his false claims of widespread election fraud were also defeated.

While Republicans were closing in on possible control of the House of Representatives, the “red wave” that Republicans expected to carry them to a wide majority did not materialize despite Democratic President Joe Biden’s low public approval ratings. Voter anger over a Supreme Court decision to end national abortion rights offset concerns over high inflation.

“This should have been a huge red wave … and yet we still didn’t perform,” said Maryland Governor Larry Hogan, a moderate Republican who has toyed with the idea of launching his own White House run.

“It’s the third election in a row that Donald Trump has cost us the race … I’m tired of losing,” he told CNN on Sunday.

Conservative columnist Marc Thiessen, who praised a number of Trump’s policies while he was in office, urged him not to run again on Tuesday, saying voters on Nov. 8 clearly rejected Trump-backed candidates and gave Democrats the majority in the U.S. Senate.

“That should be a wake-up call for Trump. He cannot win the presidency with his base alone,” wrote Thiessen, former chief speechwriter for Republican President George W. Bush. “His conduct since losing office has made him unelectable.”

Trump plans to launch his campaign nearly two years before the Nov. 5, 2024, election despite these concerns, said two sources familiar with his plans.

“President Donald J. Trump and his team are firing on all cylinders and fully focused on saving our country,” said one source, who spoke on condition of anonymity.

Trump will seek his party’s nomination even as he faces trouble on several fronts, including a criminal investigation into the removal of classified documents from the White House as well as a congressional subpoena related to his role in the Jan. 6, 2021, U.S. Capitol attack by his supporters. Trump has called the various investigations he faces politically motivated and denies wrongdoing.

The businessman-turned-politician, who has sought to maintain an iron grip on the Republican Party since leaving office, has persisted in making false claims that the 2020 election he lost to Biden was stolen through widespread voting fraud.

Trump is seeking to become only the second U.S. president in history to serve non-consecutive terms, after Grover Cleveland, whose second stint ended in 1897. Biden, 79, has said he intends to run for re-election to a second four-year term in office, though he has yet to make a final decision.

During his turbulent 2017-2021 presidency, Trump defied democratic norms and promoted “America First” nationalism while presenting himself as a right-wing populist. He became the first U.S. president to be impeached twice, though congressional Democrats failed in their attempts to remove him from office.

At a rally that preceded the Capitol attack, Trump urged supporters to “fight like hell” and march on Congress to “stop the steal,” but the mob that subsequently stormed the Capitol failed to prevent Congress from formally certifying Biden’s election victory. Five people died in the riot.

Even though court and state election officials rejected Trump’s false election claims, about two-thirds of Republican voters believe Biden’s victory was illegitimate, according to Reuters/Ipsos polling.