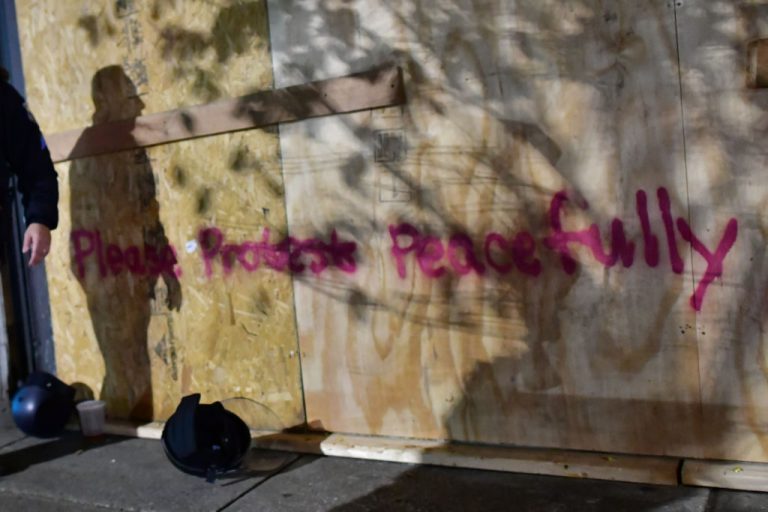 This week Portland continued to be a battleground between federal agents and Antifa militants, protesters in Brooklyn called for “death to America,” and Philadelphia saw mass looting as well as the destruction of an immigrant church.

Protesters in Brooklyn smashed up a Bank of America and graffitied “Death 2 America” on its windows.

A bank of America’s windows were smashed and tagged with “death to America” while a black person was still in it! The fire in the background makes the video look more cinematic pic.twitter.com/UMrfoGixIU

Portland protesters clashed with federal officers outside the city’s ICE building again this week, leading to unrest and yet another round of arrests.

Black Lives Matter protesters smashed the windows of D.C. Police’s Fourth District building and tried to force their way inside. Unrest over a black man who died in a scooter crash while being pursued by police has so far led to police buildings and vehicles being vandalized, while demonstrators also shot off fireworks and fire crackers.

Trying to push their way into DC Police Headquarters pic.twitter.com/tp1bWDrcvb

A black sedan plowed through a line of police officers during a protest in Brooklyn on Tuesday, when unrest led to 32 arrests and at least five officers being injured.

After a black man wielding a knife was shot when he charged police, rioters torched the Vietnam Baptist Church in Philadelphia on Tuesday night. The church’s pastor Philip Pham said, “They threw flammable chemicals on the roof and [flames] burned through the roof” and the facility is a “total loss.”

Black Lives Matter protesters took to the streets of Philadelphia this week, and soon local businesses were looted, police officers were attacked, and the National Guard was called in.

The post This Week in Leftist Violence and Intimidation Vol. 10 appeared first on Washington Free Beacon. 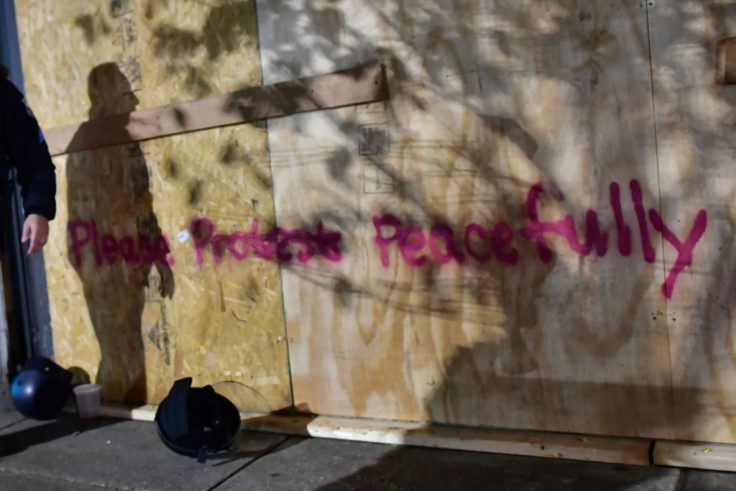