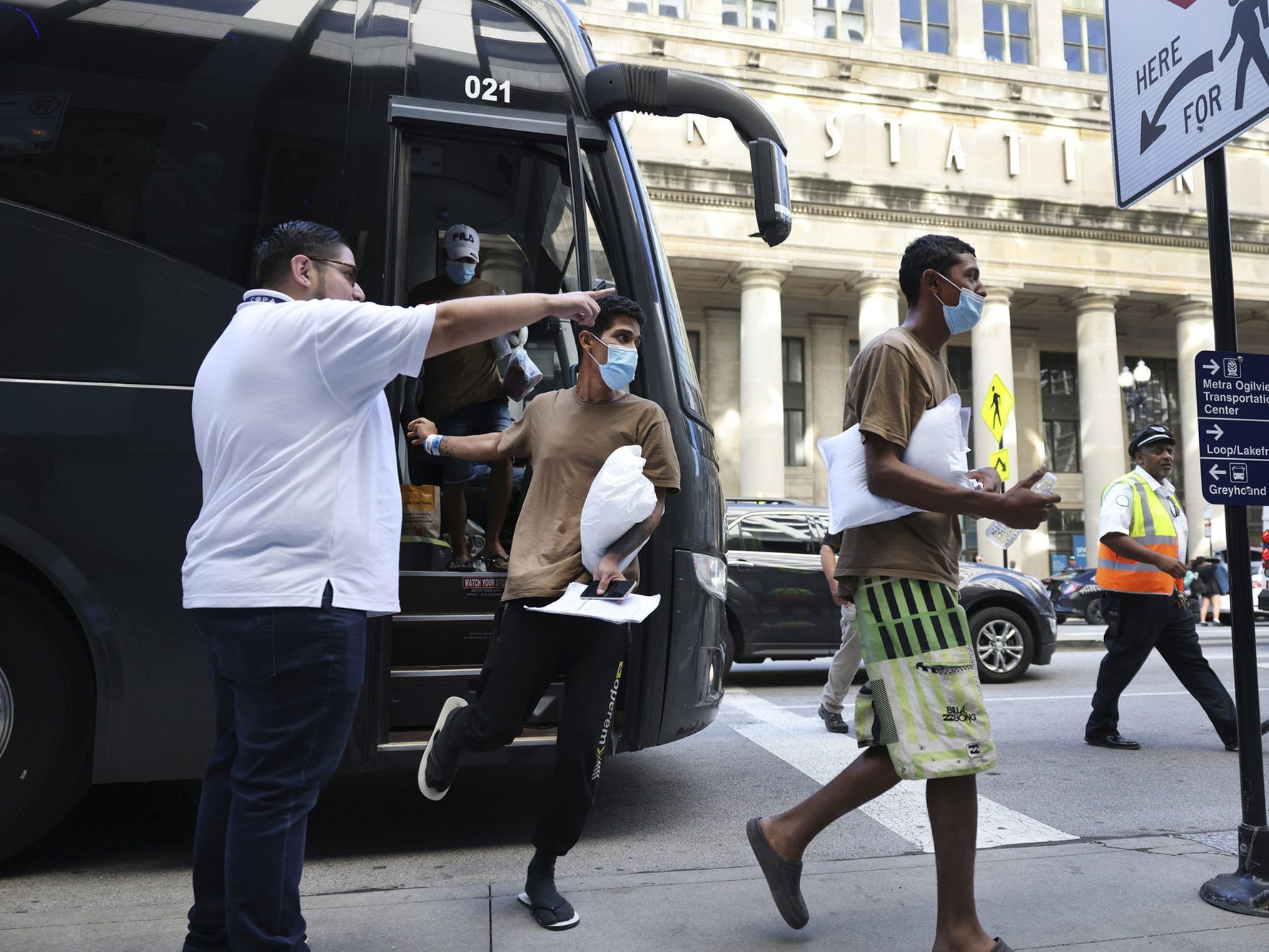 Migrants are led from one bus to another bus after arriving from Texas at Union Station on Sept. 9, 2022, in Chicago.

On the night before Christmas, three buses full of migrants pulled up, unannounced, outside Vice President Kamala Harris’s home in Washington, DC, with dozens of people — some just in t-shirts — left to fend for themselves in freezing temperatures.

It was part of a stunt organized by Texas Gov. Greg Abbott, a Republican who accuses the Biden administration of failing to secure the US-Mexico border.

According to public records obtained by Insider, Abbott’s migrant bus program cost the Texas Division of Emergency Management $8.97 million over the November and December holidays.

Since it began in April of last year, the program has now cost taxpayers roughly $29 million.

Abbott’s office did not immediately respond to a request for comment.

The Texas governor who won re-election last fall has sold the program as a means of relieving the stress on border communities — and also as a way to shame liberals and their “sanctuary cities,” which generally limit cooperation with federal immigration enforcement.

In November, when Texas began dropping off migrants in Philadelphia, Abbott said the program would continue until President Joe Biden addresses the “invasion along the border.”

Many of those on these Texas buses are people seeking asylum — a legal right — fleeing poverty and political persecution in countries such as Nicaragua, Cuba, and Venezuela. Under Title 42, a Trump-era pandemic policy, most people can no longer apply for asylum at legal ports of entry, forcing them to instead cross the US-Mexico border and present themselves to US agents to ask for legal protection.

Those who get on Texas’s buses do so voluntarily, after being screened by the Department of Homeland Security, many wishing to be relocated closer to friends or family elsewhere. But migrant advocates have criticized Texas authorities for not sharing exact arrival times or providing much more than a 36-hour heads up that a bus is coming, saying it has created unnecessary crisis scenes for political purposes.

In November, Domingo Garcia, president of the League of United Latin American Citizens, or LULAC, argued that the millions spent busing migrants would have been better spent elsewhere, according to WFAA.

“Instead of going for schools, scholarships, things that will improve the lives of Texans, here’s the governor of Texas spending $20 million for a political stunt, using immigrants as political piñatas,” Garcia told the Dallas outlet.

Have a news tip? Email this reporter: cdavis@insider.com