After Elon Musk’s purchase of Twitter, the future of the platform remains uncertain. Musk promised big changes by encouraging a wide range of voices on the platform, introducing new services, and making people pay $8 per month to obtain the company’s blue check verification certification, which may lead to the spread of more mis- and disinformation.

Yet a few weeks after his ownership, the company seems to be in chaos. More than half of its employees have left or been laid-off. Regulators at the Federal Trade Commission and the European Union have demanded that Musk maintain effective security and privacy policy enforcement. And Musk has allowed former President Donald Trump back on Twitter after an online survey showed 52% of users were in favor of reinstatement.

Equally important, several advertisers paused their spending amidst this turmoil, thereby threatening the longer-term financial stability of the company. Musk’s acquisition and leadership raises interesting questions of where Twitter is now and where it might be going in the future.

In this episode of the podcast, co-host Darrell West speaks to Nicol Turner Lee, senior fellow in Governance Studies and director of the Center for Technology Innovation at Brookings and Tom Wheeler, a visiting fellow in Governance Studies and the author of a forthcoming Brookings book, “Techlash” about Twitter’s future, and the consequences of recent tumultuous changes at the company.

You can listen to the episode and subscribe to the TechTank podcast on Apple, Spotify, or Acast. 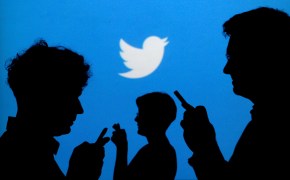