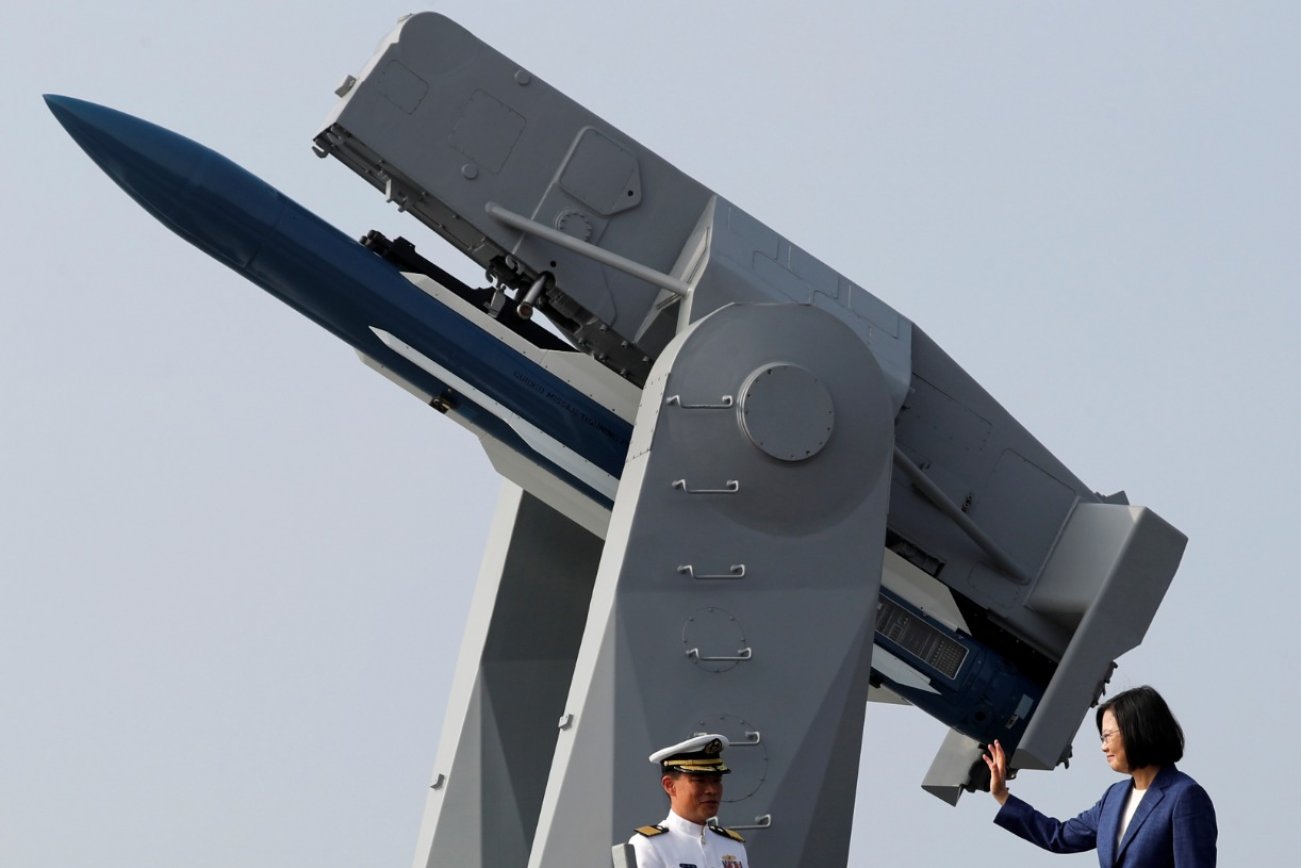 Here’s What You Need To Remember: an invasion of Taiwan would be a daunting challenge for China. Beijing would have to win quickly or risk political and military retaliation by the United States that could doom the attack.

Taiwan has begun production of a new land-attack cruise missile. But the island country still is badly outgunned by China’s own, much larger missile arsenal.

Taiwanese media on Aug. 4, 2019 reported that the country’s National Chung-Shan Institute of Science and Technology had cleared the Yun Feng cruise missile for mass production.

The supersonic land-attack missile has been under development since the 1990s. It can fly as far as 1,200 miles, according to the Center for Strategic and International Studies in Washington, D.C.

That range could allow Taiwan to threaten many of the airbases, ports and other facilities from which China likely would stage any attempt to invade Taiwan.

Taipei reportedly is building an initial 20 Yun Feng missiles as well as 10 truck-based launchers. Taiwan’s Up Media described the missiles as “the top priority of the various studios of the Chinese Academy of Sciences.”

According to a local media report, the Taiwanese air force and the Chinese Academy of Sciences are collaborating on the reverse-engineering of the General Electric J85 engine, two of which power each of Taiwan’s roughly two-dozen F-5 fighters.

The Taiwanese air force operated more than 300 F-5s before replacing most of them with American-made F-16s, French Mirage 2000s and locally-built F-CKs, leaving the country with a large stock of excess J85s.

The J85 is a versatile motor. Compact at just four feet long and capable of producing 3,000 pounds of thrust, the engine powers F-5s, T-38 training jets, A-37 light attack aircraft and other types.

According to local media, the same Chinese Academy of Sciences that’s tearing down the J85 is also developing a cruise missile with a 750-mile range.

The Taiwanese arsenal includes hundreds of ground-launched ballistic missiles with sufficient range to strike the Chinese mainland. The Taiwanese air force has modified its 127 F-CK fighters to carry another cruise-missile type, the Wan Chien.

The Wan Chien with its 150-mile range bolsters the fighter fleet by “increase[ing] combat effectiveness and [providing] the capability to strike airports, harbors and missile and radar positions,” according to Jane’s.

Taiwan also has received two sets of Mk. 41 vertical missile-launchers from the United States, Up Media reported in January 2019. Taipei has acquired the license locally to produce additional launchers. The National Chung-Shan Institute of Science and Technology is modifying its Hai Kung 3 surface-to-air missile to fit the launchers, according to Up Media.

The Republic of China government plans to integrate the VLS and Hai Kung 3 with the Taiwanese navy’s new Hsun Lien naval combat system, which is similar to the U.S. Navy’s own Aegis system. The Mk. 41 can launch anti-air, anti-ship and land-attack missiles.

The ROC navy also operates 10 Cheng Kung-class frigates that are identical to American Perry-class frigates. The Perrys never had VLS while in U.S. service, but the Australian navy modified three Perry-class vessels with the Mk. 41 system.

In a couple of decades, China’s economy has grown to a size 20 times the size of Taiwan’s own economy. All that new wealth has fueled rapid military modernization. China reportedly has deployed more than 1,000 land-attack missiles within range of Taiwan.

Still, an invasion of Taiwan would be a daunting challenge for China. Beijing would have to win quickly or risk political and military retaliation by the United States that could doom the attack.

David Axe serves as Defense Editor of the National Interest. He is the author of the graphic novels  War Fix, War Is Boring and Machete Squad. This article first appeared last year.