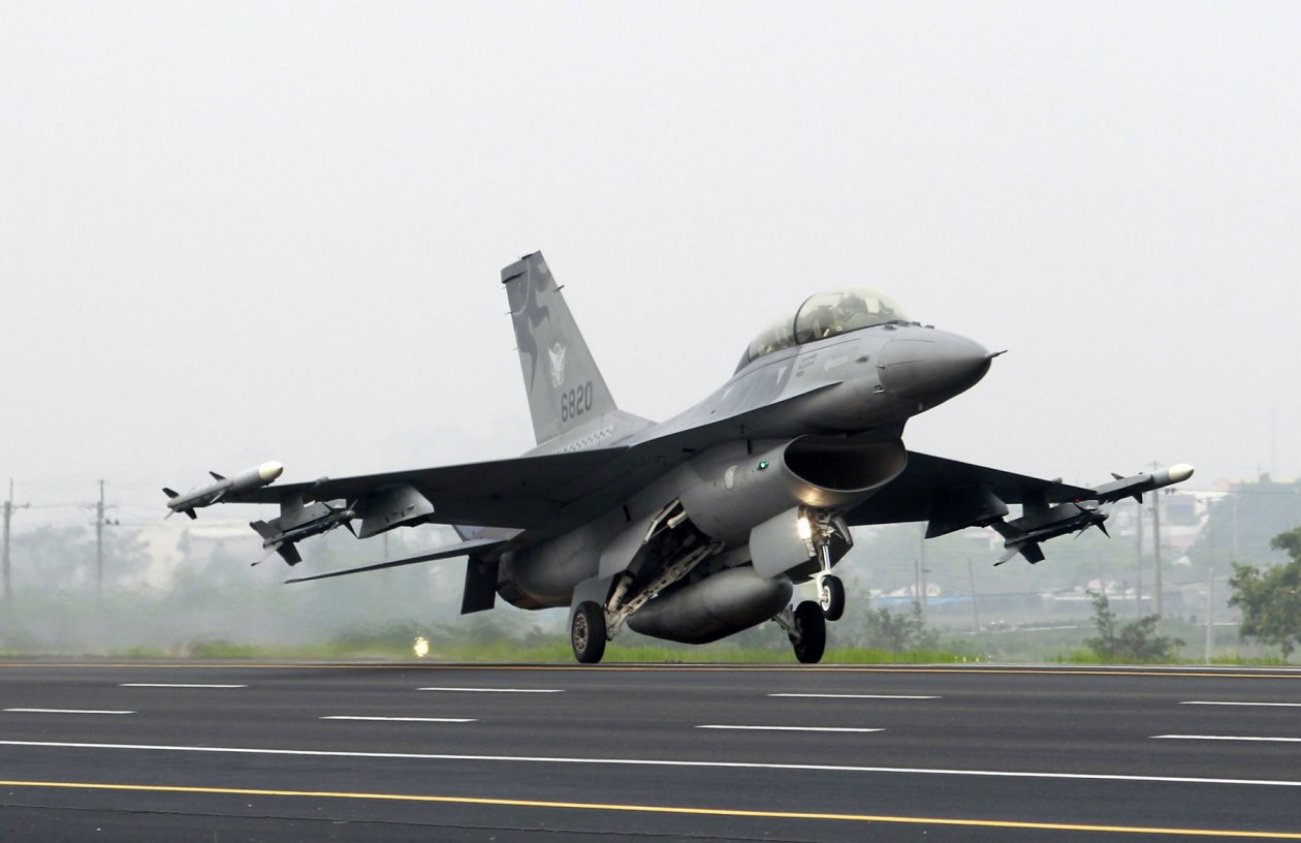 Whether this will save Taiwan’s air force from a Chinese attack is a different matter.

Here’s What You Need To Remember: “The highway drill is necessary, as highway strips would be our priority choice if the runways are damaged during a war.”

An F-16 landing on a public highway, engine roaring as its wheels touch the concrete, is a memorable addition to any driver’s morning commute.

But whether this will save Taiwan’s air force from a Chinese attack is a different matter.

Earlier this week, Taiwanese jets landed on a highway as part of a military drill—the first such drill in five years. “Three fighter jets, as well as an early warning aircraft, practiced refueling and loading missiles and other ammunition before taking off again,” according to Taiwanese media. “An F-16V jet, a Mirage 2000-5, an Indigenous Defense Fighter and an E-2K airborne early warning aircraft landed on the Huatan section of the Sun Yat-sen Freeway (Freeway No. 1) in Changhua County at about 6 a.m.”

The goal wasn’t to give local residents an impromptu air show. It was a survival exercise on how the Taiwanese air force, known as the Republic of China Air Force, will cope when its permanent air bases are knocked out. It is a near-certainty that in the event of a Chinese invasion of Taiwan, or any major conflict between the two powers, that China’s huge arsenal of ballistic missiles and strike aircraft will pound Taiwan’s limited number of airfields.

The exercise also gave Taiwan’s military a chance to show off its new F-16Vs, Lockheed Martin’s upgrade of the venerable Cold War fighter. Taiwan is upgrading its 144 F-16A and B jets to the F-16V under a US$3.68 billion modernization project, scheduled to be completed by 2023. While Taiwan can’t get Washington to sell it the F-35, which would deeply antagonize China, the F-16V will be a capable enough platform. Equipped with the advanced APG-83 advanced electronically scanned array (AESA) radar, which is derived from the radars on the F-22 and F-35, the F-16Vs should prove worthy opponents for China’s growing fleet of advanced fighters.

However, advanced fighter radar won’t do much good if the fighters have no place to land for refueling and rearming. “There are only a few military air bases [in Taiwan], which would become prime targets in the event of an attack,” a Taiwanese air force colonel told reporters. “The highway drill is necessary, as highway strips would be our priority choice if the runways are damaged during a war.”

Taiwan isn’t the first nation to turn highways into runways. Sweden and Finland practiced doing this during the Cold War: they mostly stopped after the collapse of the Soviet Union, only to recently resume highways landings in light of Russia’s growing power. And every now and then, a civilian pilot suffers an emergency and lands his little propeller plane on the interstate.

Nonetheless, while an impressive spectacle for public morale, how useful would Taiwanese highway airstrips be in a with China? While feasible in the short term for simple refueling and rearming, the maintenance demands of modern jet fighters would eventually require service at a permanent facility more amply equipped than a highway rest stop. Or, they would need to fly to bases in another nation, such as Japan.

Still, given that China’s air force is several times larger, and is backed by numerous ballistic and cruise missiles, Taiwan’s air force would be somewhat expendable in a war. Highway-runways will at least keep it in the war a little longer.

Michael Peck is a contributing writer for the National Interest. He can be found on Twitter and Facebook. This article was published in 2020.