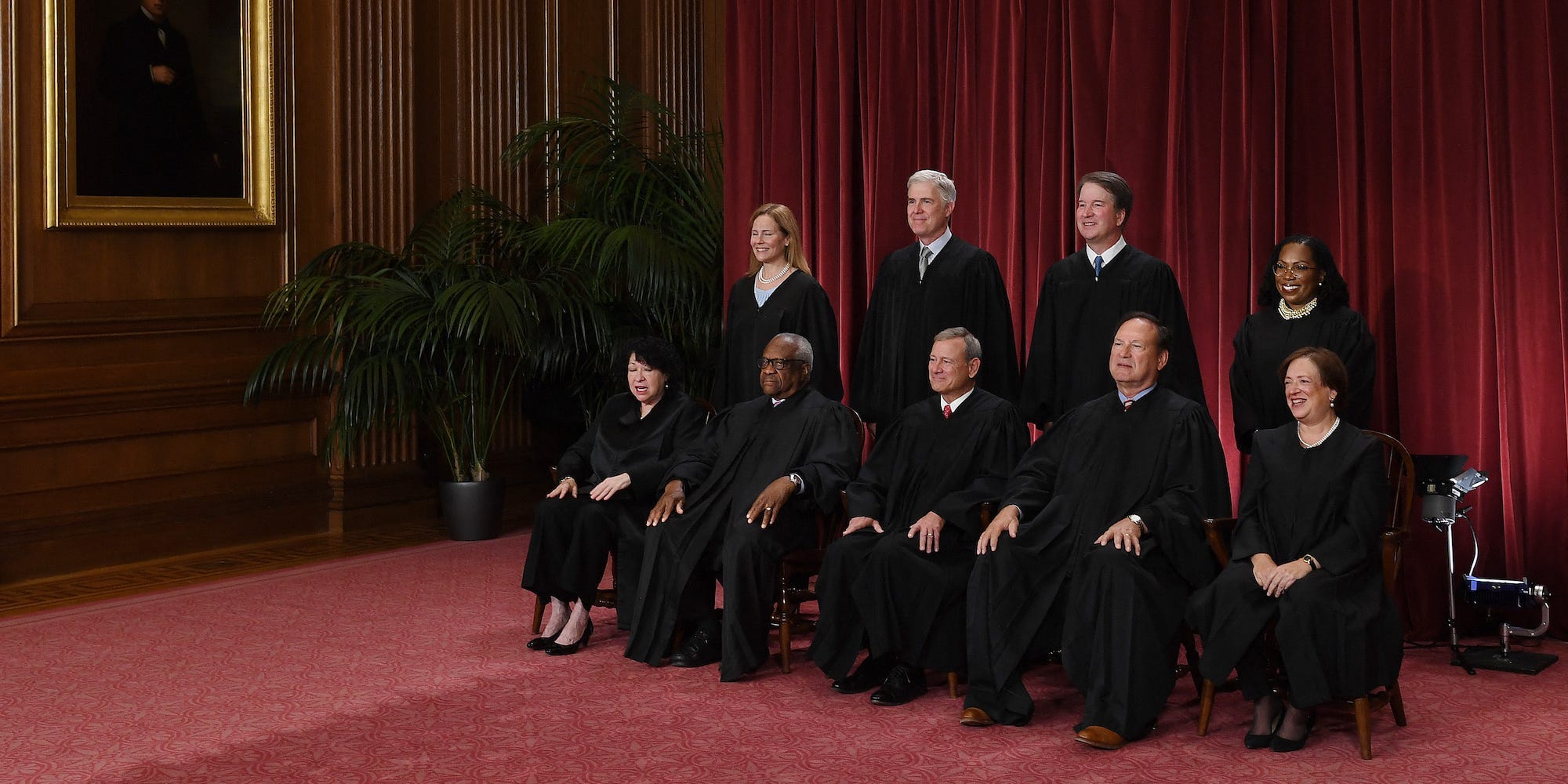 A report issued by the United States Supreme Court on Thursday revealed that some court personnel had discussed the draft opinion overturning Roe v. Wade with their spouses or partners ahead of the decision’s public release.

The revelation came as the result of a months-long investigation that sought to identify who leaked a draft opinion on Dobbs v. Jackson Women’s Health Organization to Politico, which first published a copy of the document.

Investigators said they weren’t able to identify the person, despite conducting 126 interviews of 97 court personnel.

But in the course of those interviews — which required employees to sign an affidavit, under penalty of perjury, stating that they did not leak the draft opinion or otherwise provide information about it to individuals not employed by the Supreme Court — several personnel did admit to telling their spouses or partner about the opinion or the vote count.

That constituted a violation of the court’s confidentiality rules.

“The temptation to discuss interesting pending or decided cases among friends, spouses, or other family members, for example, must be scrupulously resisted,” reads the court’s Law Clerk Code of Conduct.

The report also stated that some employees had more generally shared confidential details of their work to investigators, and thought it was permissible to do so. It was not clear if those employees were set to face disciplinary measures.

At the conclusion of the report, investigators made a series of findings and recommendations, including reducing the number of people with access to draft opinions, clarifying confidentiality policies, and improving personnel training.

The leak first became apparent on May 2, when Politico published a copy of a draft opinion written by Justice Samuel Alito that overturned Roe v. Wade, the precedent that guaranteed a constitutional right to an abortion.

While Democrats focused on the substance of the draft opinion, Republicans focused their attention more on the fact that a leak had occurred, with some GOP senators claiming without evidence that someone on the political left had leaked the opinion in order to sway the outcome.

Chief Justice John Roberts launched an investigation into the leak the following day, calling the incident a “betrayal of the confidences of the Court intended to undermine the integrity of our operations.”