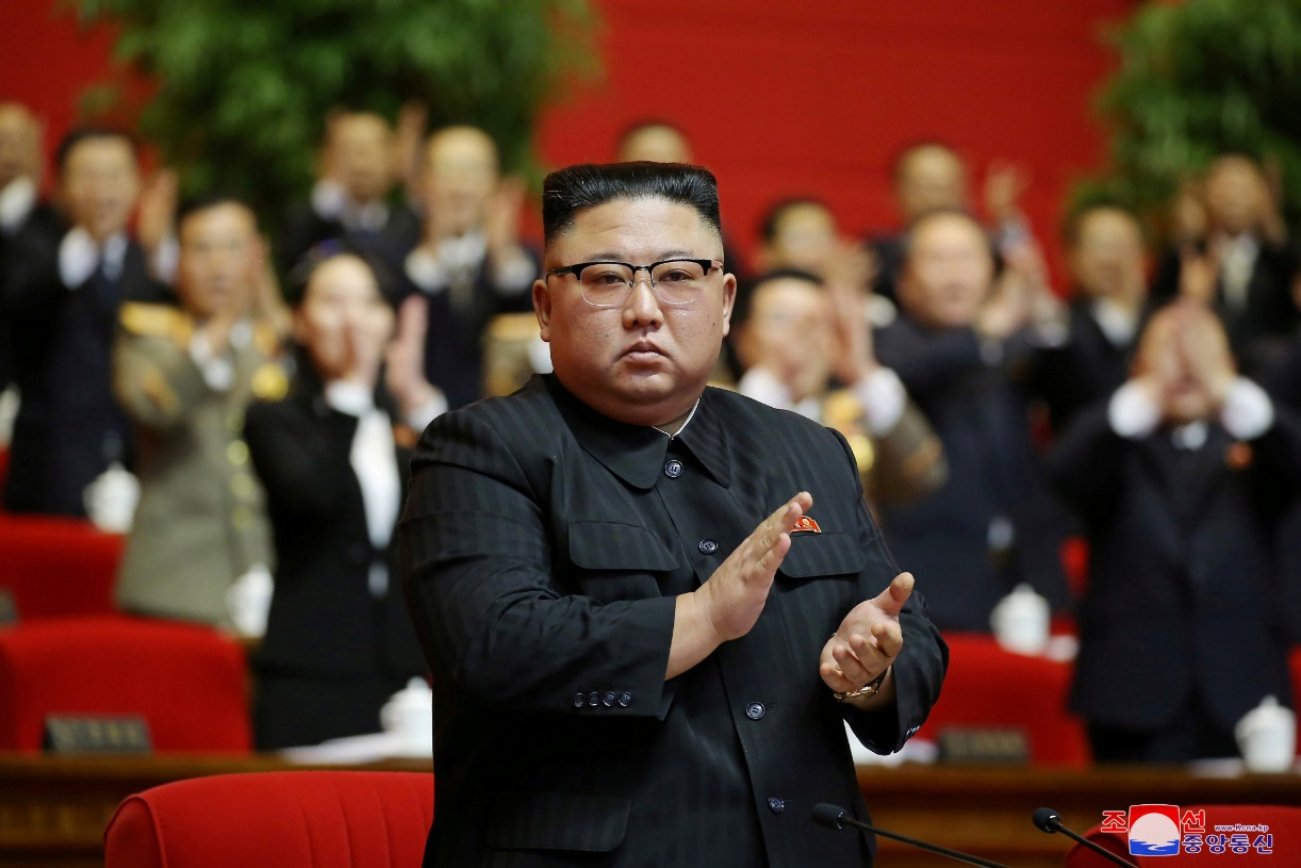 To be successful, the upcoming administration policy review requires more than a touch of realism about Washington’s diplomacy.

How to negotiate with North Korea over nuclear weapons? Joe Biden is the sixth president trying to answer that question.

All correctly eschewed resort to force. Although the United States would defeat the Democratic People’s Republic of Korea in battle, the costs of war would be too great, with the risk of enormous death and destruction on the peninsula and beyond. Going to war today to prevent possible war tomorrow would be a bad bargain.

Nevertheless, successive presidents insisted that the North could not be allowed to possess nuclear weapons. Which was just empty bloviation from Pyongyang’s perspective. Three decades later the Democratic People’s Republic of Korea (DPRK) is a nuclear power. The size and sophistication of its arsenal remains a mystery, but Pyongyang almost certainly is capable of striking nations and U.S. bases in its region, though probably not America’s homeland. Convincing an existing nuclear power to relinquish its capability—and knowing that it actually has done so—is far more than dissuading a non-nuclear power from taking the atomic path.

Over the years the policy community has grown more skeptical that the DPRK is prepared to abandon its nuclear program. The regime invested much, created a powerful deterrent, cemented the military’s loyalty, and enhanced its international stature. It would take significant incentives to convince any government to toss aside such assets.

Washington needs to convince Pyongyang that giving up nuclear weapons would make the country more prosperous and prominent. And leave the government more respected and accepted. These objectives might be met: the DPRK’s neighbors probably would shower the regime with cash, invite it to international fora, and include it in numerous international organizations. However, Kim no doubt realizes that money and accolades are not enough. Consider the fate of Libya’s Muammar al-Gaddafi. He ultimately was abandoned by his international fair-weather friends, who backed his overthrow and laughed when he was literally gutted by an angry mob.

Thus, most important—actually, absolutely necessary—would be leaving the regime more secure than before. And that will be a difficult case to make to Kim.

Consider the world from the viewpoint of North Korea’s Supreme Leader. The George W. Bush administration killed the Agreed Framework after the GOP Congress resisted funding the pact. While the DPRK shared blame for the bust-up, Washington bears much of the guilt. The same administration overthrew Saddam Hussein based on a fictional claim that he was developing nuclear weapons. And sought not only to punish but overthrow the Taliban which, of course, never had a nuclear program.

Obama partially redeemed himself with the Joint Comprehensive Plan of Action with Iran. However, after Tehran complied with the agreement President Donald Trump was elected and tossed it. He then imposed tougher sanctions than before and demanded Iran’s veritable surrender, insisting that Tehran abandon both its deterrent (missiles) and sovereignty (independent foreign policy). Along the way, he assassinated a top Iranian official. Even as he left office his administration was doing its best to destroy Iran’s economy. Now there is talk that Biden might attempt to use the supposedly extra leverage accumulated to force Tehran to agree to a more restrictive deal.

After all this, why would Kim, who appears to be neither foolish nor suicidal, believe anyone in Washington about anything?

Trump’s willingness to meet obviously gave Kim a unique opportunity worth exploring almost irrespective of the chances of success. It seems unlikely that Kim actually considered giving up his nukes, but he did set what were obvious conditions for such a step in the Singapore statement, which his officials emphasized afterwards: first a better relationship, next a peaceful regional arrangement, then denuclearization. At the same time he was quoted by South Korean officials as saying that if North Koreans and Americans developed a relationship and were having regular contact, then why would he need nukes?

Obviously, there would be more to any denuclearization decision, but the essential point is simple: if two countries develop a regular, cooperative, and peaceful relationship, there would be no need to defend against each other. The United States would not be threatening regime change, so Pyongyang would not need a powerful deterrent.

Unfortunately, such a relationship did not develop. Part of the problem was the lack of authority invested in North Korean negotiators. So long as Kim had to make every important decision, it was not easy to expand official contacts. Moreover, the United States failed to eliminate obvious elements of what Pyongyang called America’s “hostile policy.” Trump should have dropped the travel ban both ways and suggested symbolic exchanges, such as allowing North Korean students to study in America. Proposing a peace declaration and negotiations on a more formal peace treaty would have provided a positive counterpoint to the name-calling in fall 2017.

Moreover, Trump’s continued demand for all-or-nothing, complete denuclearization by the North to be rewarded with U.S. promises to be nice to Pyongyang in the future, could not be taken seriously by Kim, especially in light of past U.S. behavior. Kim might have decided no in any case. However, his willingness to make concessions was never adequately tested. How much was closing Yongbyon worth to the United States? How much did the DPRK need in return? Answers to these and similar questions should have been worked out before the two leaders met in Hanoi.

Now Trump is gone and Biden must deal with the North. If the latter wants to pursue denuclearization with Pyongyang, he must convince Kim that the family dynasty is more likely to survive by surrendering his nuclear arsenal. How to do that?

First, don’t endlessly threaten war, prattle on about how “all options are on the table,” fly bombers over the peninsula, send carriers off North Korea’s coast, and otherwise remind the DPRK of how the United States has taken out a succession of regimes that it did not like. Kim is not a stupid man; knows that America is well-armed; and is very aware that Washington policymakers believe they have the mandate of heaven to bomb, invade, and occupy every nation on earth whenever and for whatever reason they decide. That is one reason that the Kim dynasty developed and deployed the bomb. Every time Washington reminds the North Korean leadership of the threat, it has more reason to bolster its military capabilities.

Second, don’t keep insisting that Pyongyang give up its capabilities in return for promises of future reward. Kim does not take chances, having ruthlessly consolidated power by executing hundreds of unlucky officials around him. He may have watched the video of Gaddafi’s painful end. He certainly is aware of Trump’s JCPOA reversal and demand that Iran’s mullahs surrender their policy manhood. Making this kind of offer suggests that America is not serious about negotiation.

Third, follow what Kim agreed to in Singapore and push normalization of relations before expecting denuclearization. Allow travel between the two nations. Open a liaison office. Pursue regular conversations over a variety of issues. Give South Korea flexibility to work with the North. Consider what American policymakers in his place would demand from such a demonstrably untrustworthy negotiating partner before agreeing to abandon the ultimate military deterrent.

Fourth, demonstrate good faith in attempting to restore the JCPOA. Show that at least one U.S. administration is serious about keeping its word. Returning both parties to compliance would communicate to Kim that the Biden administration is prepared to handle even the toughest diplomatic challenges, working through complications and reaching compromises that benefit both parties.

Lastly, set denuclearization as the ultimate goal while pursuing arms control. Today, at least, total nuclear disarmament is a fantasy. Maybe that goal was attainable three decades ago. Alas, that was multiple nuclear weapons, atomic tests, missile developments, ICBM tests, and numerous provocations ago. The North Korea that was not supposed to become a nuclear power is a nuclear power. Watch last October’s military parade and read Kim’s work report at the latest Korean Workers’ Party congress and it is evident that the choice today is not between a non-nuclear and nuclear DPRK, but a well-armed and a very well-armed DPRK. At this point capping Pyongyang’s nuclear program should be Washington’s immediate goal. Anything more will require additional time and proof that America again is what it has not been in recent years, a reliable negotiating partner.

Washington policymakers are convinced that North Korea should disarm. No doubt. However, the Kim regime is unlikely to dismantle itself because Americans want it to do so. This means the Biden administration must convince Pyongyang to act. That requires convincing it that doing so would be in its interest. Which in turn necessitates not just a good agreement but one that can be relied on. America’s unreliable behavior over the last two decades will make almost anything a tough sell.

To be successful, the upcoming administration policy review requires more than a touch of realism about Washington’s diplomacy. Can Kim be sold on denuclearization? Doubtful. Can he be convinced on disarmament? Maybe. To have any chance of doing so, however, the United States must address its shortcomings, sell its position, and honor its promises.

Doug Bandow is a Senior Fellow at the Cato Institute. A former Special Assistant to President Ronald Reagan, he is author of Tripwire: Korea and U.S. Foreign Policy in a Changed World and co-author of The Korean Conundrum: America’s Troubled Relations with North and South Korea.