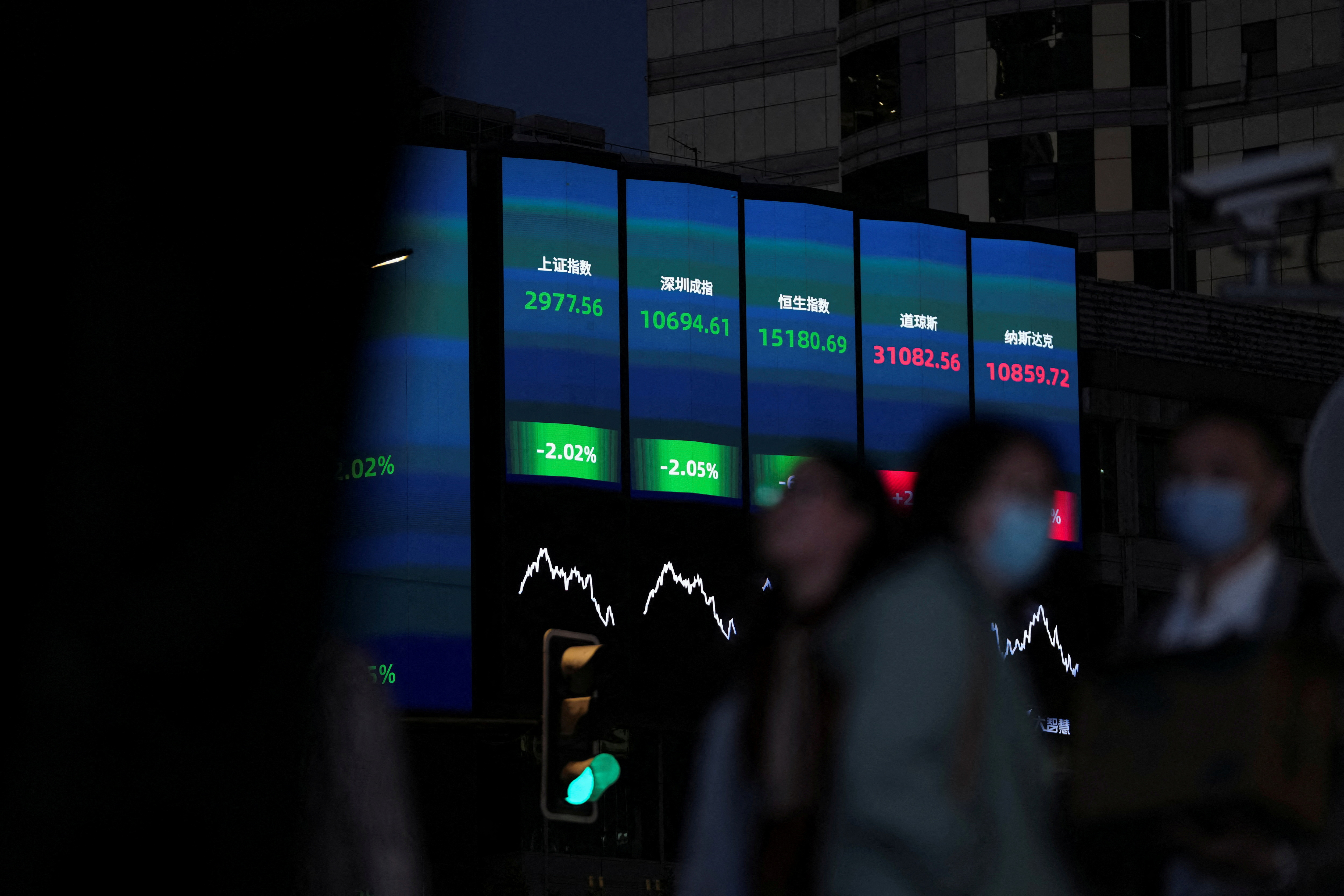 Stocks and commodities prices slid sharply on Monday as rare protests in major Chinese cities against the country’s strict zero-COVID curbs raised investors’ concerns about the growth implications for the world’s second-largest economy.

MSCI’s broadest index of Asia-Pacific shares outside Japan (.MIAPJ0000PUS) was down 1.5% having slumped 2.2% at the open, pulled lower by a selldown in Chinese markets.

“Clearly the harsh China lock downs have been impacting their consumer and business sentiment for some time and the persistent downgrades to China GDP have been consistent for well over a year now with further downgrades to come,” said George Boubouras, executive direct of K2 Asset Management in Melbourne.

“Markets do not like uncertainty and investors will look for some clarification to China’s very harsh domestic lock down protocols.”

Oil remained deep in negative territory on Monday with U.S. crude dipping 3% to $73.99 a barrel and Brent crude falling 2.86% to $81.24 per barrel, as the COVID protests in top importer China fanned demand worries.

Copper and other metals also fell on the protests.

Australia’s benchmark stock index (.AXJO) closed 0.42% lower while its risk-sensitive currency was off more than 1%. Japan’s Nikkei stock index (.N225) was down 0.6%.

European stock futures were down across each of the major markets while S&P 500 futures , were 0.77% lower.

The bigger worries about China’s COVID policies dwarfed any support to investor sentiment from the central bank’s 25 basis point cut to the reserve requirement ratio (RRR) announced on Friday, which would free up about $70 billion in liquidity to prop up a faltering economy.

In Shanghai, demonstrators and police clashed on Sunday night as protests over the country’s stringent COVID restrictions flared for a third day.

There were also protests in Wuhan, Chengdu and parts of the capital Beijing as COVID restrictions were put in place in an attempt to quell fresh outbreaks.

“Things are very fluid,” he said. “Protests could also be the catalyst that leads to a positive outcome in leading the government to set a clearer game plan on how the country is going to learn to live with COVID, setting a more transparent timetable, and accelerating China’s move to living with COVID.”

The dollar extended gains against the yuan , rising 0.57% but off earlier session highs.

The COVID rules and resulting protests are creating fears the economic hit for China will be greater than first expected.

“Even if China is on a path to eventually move away from its zero-COVID approach, the low level of vaccination among the elderly means the exit is likely to be slow and possibly disorderly,” CBA analysts said on Monday. “The economic impacts are unlikely to be small.”

The euro fell 0.4%, having gained 4.94% in a month, while the dollar index , which tracks the greenback against a basket of currencies of other major trading partners, was up at 106.39.