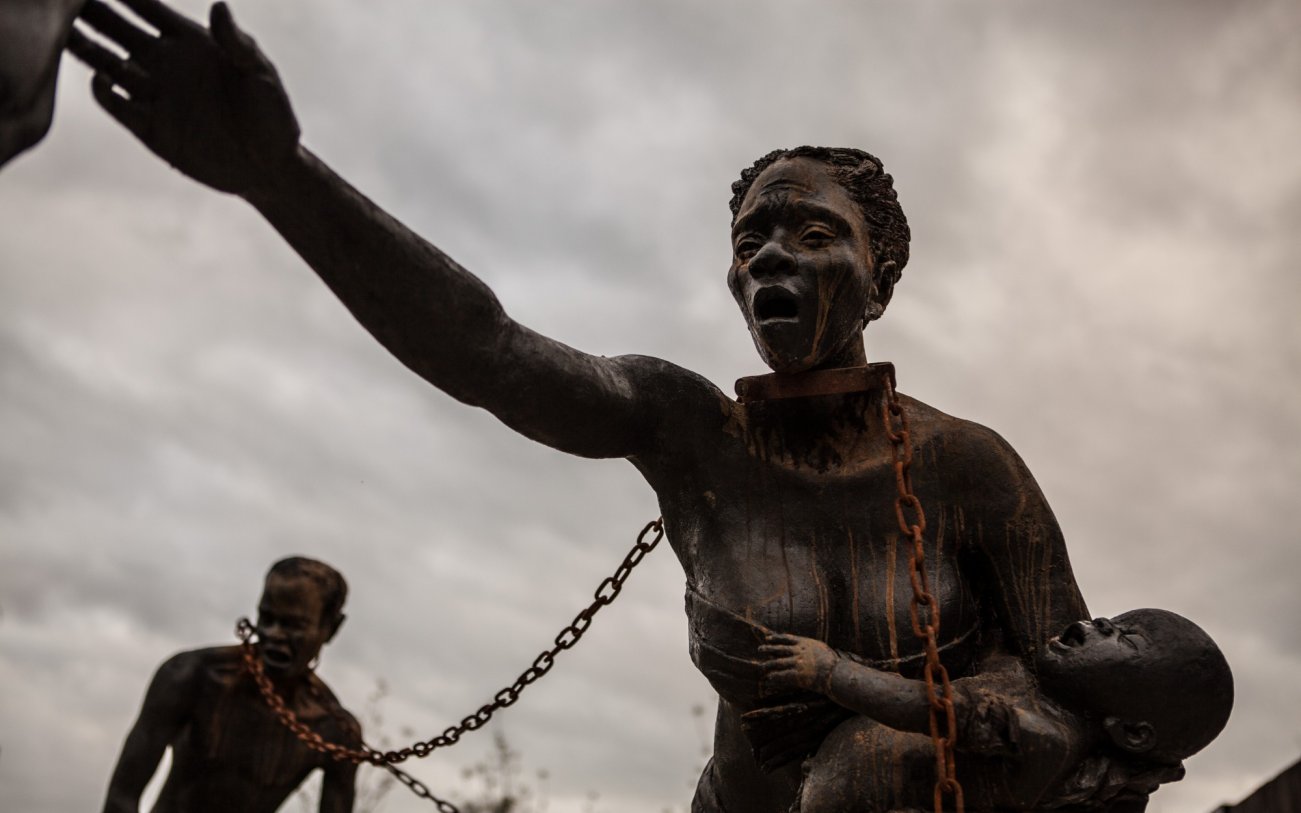 “The fight for freedom is important, but it really has to include everybody.”

Our historical understanding of Blackness is most commonly shaped by the story of the Atlantic slave trade – the forced movement of Africans to the West, in particular to the Americas. But this is a linear narrative that is dominated by American voices. It’s not just potentially exclusory; it doesn’t adequately take into account the diversity of black people worldwide. The same is true of Blackness studies, which continue to be dominated by and serve the interests of Western scholarship. Aretha Phiri asks Michelle M. Wright, professor and author of Becoming Black: Creating Identity in the African Diaspora, about her work in disrupting the slavery narrative.

Aretha Phiri: To start with a recent development, the Black Lives Matter movement appears to have gained global momentum. And yet its impact seems to be mainly in the global North. Does this suggest that black people’s experience of race and racism is not universal?

Michelle M. Wright: The fight for freedom is important, but it really has to include everybody. This requires some radical rethinking. We have to ask who gets to access contemporary spaces. Who has the time (and money) to join in the fight according to the times and places set by the leaders? Who speaks the language we have chosen to communicate in, and who is left out? Black folks are astonishingly diverse in their cultures, histories, languages, religions, so no single definition of Blackness is going to fit everyone. When we fail to consider this, we effectively leave many Black people out of the conversation.

Aretha Phiri: Slavery’s afterlife is central to Black Lives Matter’s important call for racial and structural justice and equality. Yet, in your paper, Black in Time: Diaspora, Diversity and Identity, you trouble the dominance of a corresponding “Middle Passage” epistemology as racially reductive. What is broadly meant by “Middle Passage” thinking and how is it disseminated by US-based scholars?

Michelle M. Wright: In most US (and European) academic conversations, the “Middle Passage” – also known as the Atlantic slave trade – is used interchangeably with the African “diaspora” – the dispersal of Black and African people from their “original”, typically (West) African locales to North America. This linear mapping is not just convenient, it is false. Ninety-five percent of enslaved Africans were transported to South America and the Caribbean, not the US; not to mention the millions of slaves who were transported east to places like Turkey and India. Reinforced by a linear timeline which is understood to “progressively” track history, this mapping further distorts history in service to the West. That is, because (West) Africa is the starting point, the tendency is to view it as embedded in “the past” and the West as aligned with “the future”.

In my book, Physics of Blackness: Beyond the Middle Passage Epistemology, I call this particular mapping of Blackness the “Middle Passage epistemology”. It’s a specific form of knowledge or way of knowing (the world) that is oriented to the West, specifically to America. This is problematic not just because it hierarchises or “ranks” Blackness, but also because (transatlantic) scholarship on Black African diaspora is often imagined through historical and cultural parameters in which “Middle Passage Blackness” is the norm, often the only representation of Blackness.

Aretha Phiri: Building on your observation, I am struck by the continued influence in South African universities of Paul Gilroy’s seminal text The Black Atlantic: Modernity and Double Consciousness in particular and US-based Black Atlantic studies in general. Where these foreground the global influences and contributions of Black peoples, they also unfortunately disseminate “Middle Passage” thinking which situates Africa in the past. What are the other challenges presented here?

Michelle M. Wright: Not only is what is typically represented in Black Atlantic scholarship narrow, it is almost always heterosexual and masculinist. It struggles to imagine race and racism outside of the threat of emasculation and racial futures and racial pasts outside of a heteropatriarchal norm.

Most recently, the famous 1619 Project in The New York Times aimed at documenting the impact of slavery on the US. But it focuses almost exclusively on Black men in African American history, eliding the achievements of women and queer folks. This leads to the assumption that it is heterosexual Black men who played the major contributory roles. But our earliest abolitionist movements were started by Black women, our first Presidential candidate was a Black woman, and it was Black queer activists like James Baldwin and Bayard Rustin who were central to the Civil Rights Movement. So yes, part of the ethical challenge, then, is to recognise that some Black people have much more privilege than others.

Aretha Phiri: I am struck, again, at how your analysis is relevant to Black African scholarship, where considerations of women and queer bodies have also historically been obscured or omitted…

Michelle M. Wright: Racial metanarratives are inherently limiting. It’s very difficult for Black Africans, much less Black Europeans and Black peoples of the Pacific and Central and South America, to read themselves through the dominant (US) framings of Blackness. For example, if you are a Kenyan living in Mombasa, chances are high that your greatest preoccupation is not racist white cops, but violence from Black Kenyan policemen. And here we are, one scholar Zimbabwean/South African, the other a US citizen born and raised in Western Europe, both women, myself queer. The “Middle Passage” epistemology fails because it dictates that you belong to the past and I belong to the present and future. But history, nationality, gender, class and sexuality intersected us here at this exchange even as we came through different paths and bring different experiences, outlooks and philosophies.