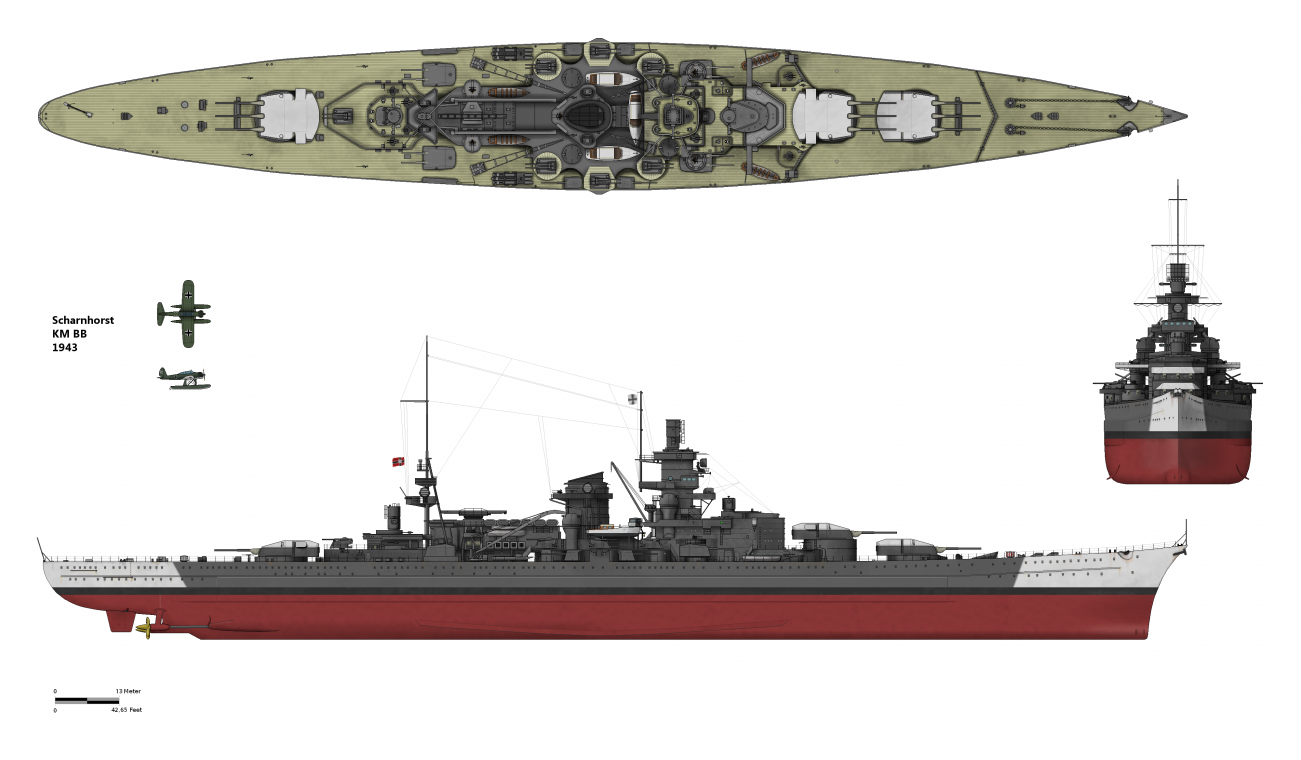 Let us find out.

Scharnhorst remained at Kiel for most of 1942. In early 1943, it proceeded to Norway with Prinz Eugen (Gneisenau had been badly damaged by an RAF attack on Kiel, and would not return to service). While in Norway, Scharnhorst operated as part of a “fleet in being” with Prinz Eugen, Tirpitz (the sister of Bismarck) and other ships. These vessels threatened British convoys to Russia, inducing the convoys to occasionally disperse (making the easy prey for U-boats), and forcing the Royal Navy to keep assets in the area.

The Treaty of Versailles drastically limited the size of the postwar Kriegsmarine, precluding Germany from owning any dreadnought battleships. The Germans could keep (and replace) pre-dreadnought vessels of ten thousand tons or less, roughly the size of a heavy cruiser in most navies. Presented with this problem, German engineers developed a novel solution: they designed the pocket battleships, warships of relatively small size (twelve thousand tons or so, pushing treaty limits), with relatively heavy armaments (two triple eleven-inch turrets) that could outrun or outgun any potential foe. The pocket battleships were designed as commerce raiders, not as mainline units, but could still outfight enemy heavy cruisers.