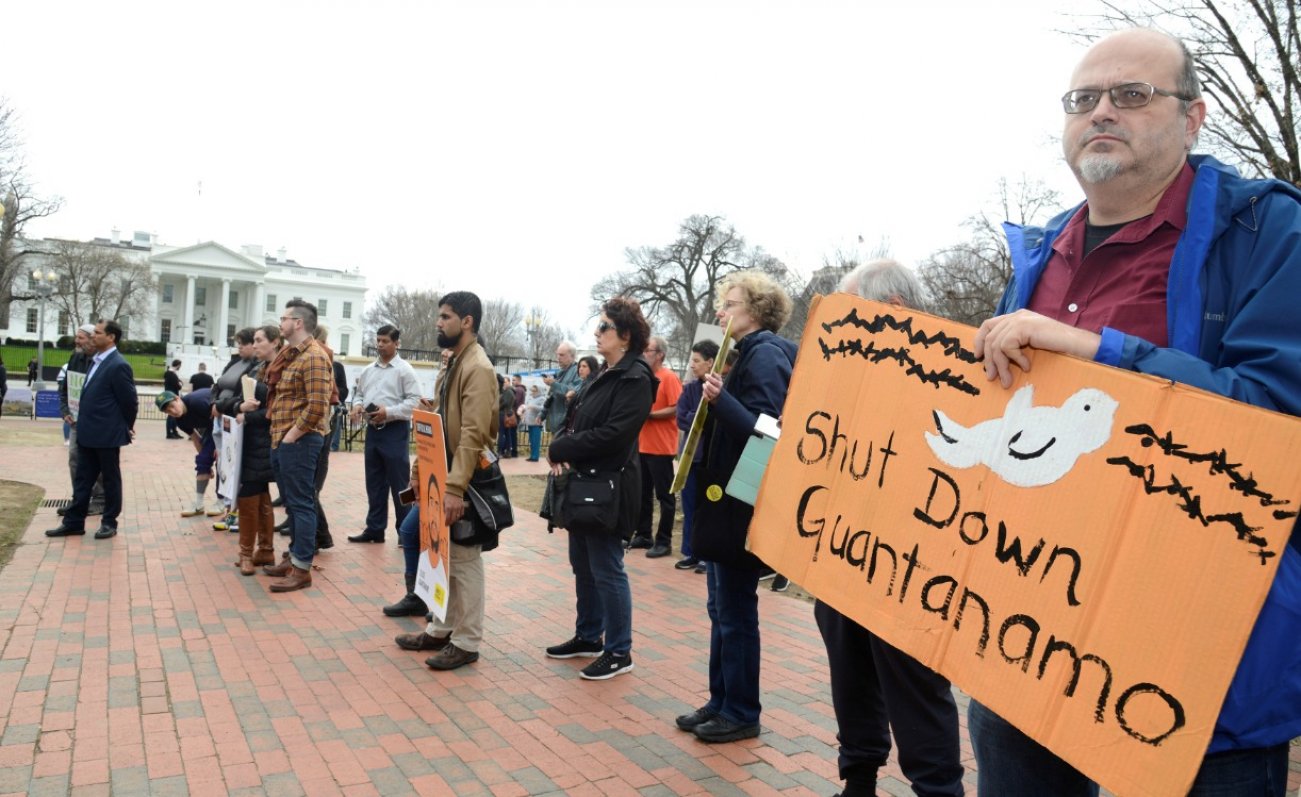 In undermining its work, the Trump administration claims to protect American security. But if the U.S. won’t cooperate with the ICC in international criminal investigations of its own citizens, other countries are less likely to help when the U.S. wants terrorists and war criminals brought to justice.

The Trump administration has sought to weaken or abandon various international agencies since 2016. Now it’s taking aim at the International Criminal Court, a global tribunal that investigates and prosecutes war crimes, torture and genocide.

Claiming the ICC’s investigation into alleged war crimes by U.S. forces in Afghanistan poses a national security threat, President Donald Trump issued an executive order on June 11 effectively criminalizing anyone who works at the ICC. Its lawyers, judges, human rights researchers and staff could now have their U.S. bank accounts frozen, U.S. visas revoked and travel to the U.S. denied.

On Sept. 2, Sec. State Mike Pompeo announced the new sanctions would be applied for the first time, against ICC special prosecutor Fatou Bensouda and her top aide.

The executive order does not target U.S. citizens. But Americans can be sanctioned if they “materially support” the ICC by, say, filing an amicus brief to support a case. Such language usually applies to foreign terrorist organizations and their enablers – not human rights lawyers.

The retired Gen. Wesley Clark called Trump’s order a “tragic mistake” in foreign policy. He says the U.S. “has nothing to fear from the ICC,” which exists to deter and punish the kinds of atrocities committed by Germany and Japan during World War II.

I am an international human rights lawyer who has defended and advocated for victims of gross human rights violations in American courts and at the United Nations. For these people, the ICC is the only real means to hold their persecutors accountable, even if few of them will ever set foot in the court.

Brief history of the ICC

The ICC is the only criminal court with near global jurisdiction.

Since its founding in 2002 in The Hague, it has successfully prosecuted over 40 high-ranking politicians, warlords and heads of state for genocide, war crimes and crimes against humanity. Those imprisoned include Thomas Lubanga, a warlord who recruited child soldiers and forced them to fight in the Democratic Republic of the Congo, and Bosco Ntaganda, convicted of rape, murder and sexual slavery in the same conflict.

The ICC also issues warrants for the arrests of leaders who’ve fled the court’s justice, such as Sudan’s Omar al-Bashir, who stands charged with genocide for the rape, killing and torture of civilians in Darfur. Fugitive suspects are prosecuted by the ICC if and when they are extradited to The Hague.

Together, the ICC and these complementary special tribunals enforce international human rights law. The ICC is a court of last resort. It acts only when national governments cannot or will not investigate and prosecute war crimes. Its jurisdiction is intentionally narrow. It means countries with a strong rule of law need not fear international investigation.

US fearful of international justice

In the early 1990s, the U.S. was deeply involved in United Nations negotiations in the Rome Statute, the treaty that created the ICC. But in 1998 President Bill Clinton decided not to ask Congress to ratify the Rome Statute, claiming there was no protection against “politicized prosecutions.”

Despite not being one of the court’s 123 member countries, the U.S. has often facilitated the ICC’s work. Successive U.S. administrations have imposed a series of sanctions against people under ICC investigation, including members of the Assad regime suspected of committing war crimes in Syria.

The U.S. has also championed the ICC’s ongoing examination of crimes committed by the Taliban in Afghanistan and its investigation of Myanmar for possible genocide against the Rohingya Muslims. The U.S. also got involved in the hunt for the infamous Ugandan guerrilla leader Joseph Kony, who was indicted by the ICC in 2005 for using children as sex slaves and insurgents.

But some of the ICC’s newest cases hit close to home.

One is a pending investigation of American military actions in Afghanistan between 2003 and 2004. Dozens of people claim to have been tortured during interrogation by the CIA in “black sites” created by the Bush administration. Two current Guantanamo detainees, Sharqawi Al Hajj and Guled Duran, who are represented by legal counsel, have provided detailed testimonies to the ICC.

Another is the ICC’s investigation into possible crimes by Israel related to Jewish settlements in the West Bank and East Jerusalem. Israel, like its ally the U.S., is not a member of the ICC.

In May, Secretary of State Mike Pompeo warned the ICC to end its “illegitimate” probes into the U.S. and Israel or else face “consequences.”

The ICC persisted, saying the U.S. could fend off the ICC by investigating the alleged war crimes itself.

“The I.C.C. is not intent on ‘hauling’ Americans up to trial before it,” wrote ICC president Eboe-Osujiin in a June 18 New York Times op-ed responding to Trump’s Executive Order. It is simply committed to seeing credible claims against U.S. security personnel in Afghanistan investigated, Eboe-Osuji said.

But the U.S., like Israel, has refused to acknowledge that war crimes may have been committed. Such standoffs trigger ICC involvement as the court of last resort.

Historically, the International Criminal Court has almost exclusively prosecuted individuals from weaker nations, primarily in Africa. Some critics have dubbed it the “African criminal court.” Yet most African countries, like other ICC members, remain supportive of the court’s work.

[Insight, in your inbox each day. You can get it with The Conversation’s email newsletter.]

The ICC is also a slow, cumbersome and expensive form of justice. It has spent over US$1.2 billion over the past 12 years to successfully punish only three individuals of the dozens it has prosecuted.

But the court’s importance goes beyond its verdicts. Without its watchful eye and long arm, war criminals would roam free.

In undermining its work, the Trump administration claims to protect American security. But if the U.S. won’t cooperate with the ICC in international criminal investigations of its own citizens, other countries are less likely to help when the U.S. wants terrorists and war criminals brought to justice.