Global miner Rio Tinto Ltd (RIO.AX) has reached a restitution agreement with an Aboriginal group whose rock shelters in Western Australia it destroyed two years ago for an iron ore mine, the groups said on Monday.

The destruction of the Juukan Gorge sites that showed evidence of human habitation stretching back into the last Ice Age 46,000 years ago caused deep distress to the traditional owners, the Puutu Kunti, Kurrama and Pinikura (PKKP) peoples.

It also fueled a global uproar, cost three senior leaders and two board members their jobs, a parliamentary enquiry and an overhaul of the mining industry’s agreements with Indigenous Australians.

Financial terms were not disclosed by either party at the request of the PKKP, the parties said.

“Nothing can compensate for or replace the loss suffered at Juukan Gorge, so this is an outcome orientated legacy to ensure something positive will come from it for years to come,” PKKP Aboriginal Corp Chairperson Burchell Hayes said.

The Juukan Gorge Legacy Foundation will focus on education and training opportunities, financial independence through business development, preservation and an increased voice over heritage, culture and land, the PKKP said in a statement.

The two groups are in advanced talks about a co-management of mining agreement, the PKKP added.

“We fell far short of our values as a company and breached the trust placed in us by the PKKP people by allowing the destruction of the Juukan Gorge rock shelters,” Rio Tinto Chief Executive Jakob Stausholm said.

“As we work hard to rebuild our relationship, I would like to thank the PKKP people, their elders, and the Corporation for their guidance and leadership in forming this important agreement,” he said in a separate statement.

As well as the legacy foundation, remedy discussions have centred on ongoing rehabilitation of the rock shelters and their surrounds at Juukan Gorge, Rio said.

Australia said last week that it would strengthen laws to better protect Aboriginal cultural heritage following the enquiry, although it did not offer a time frame for completion. read more 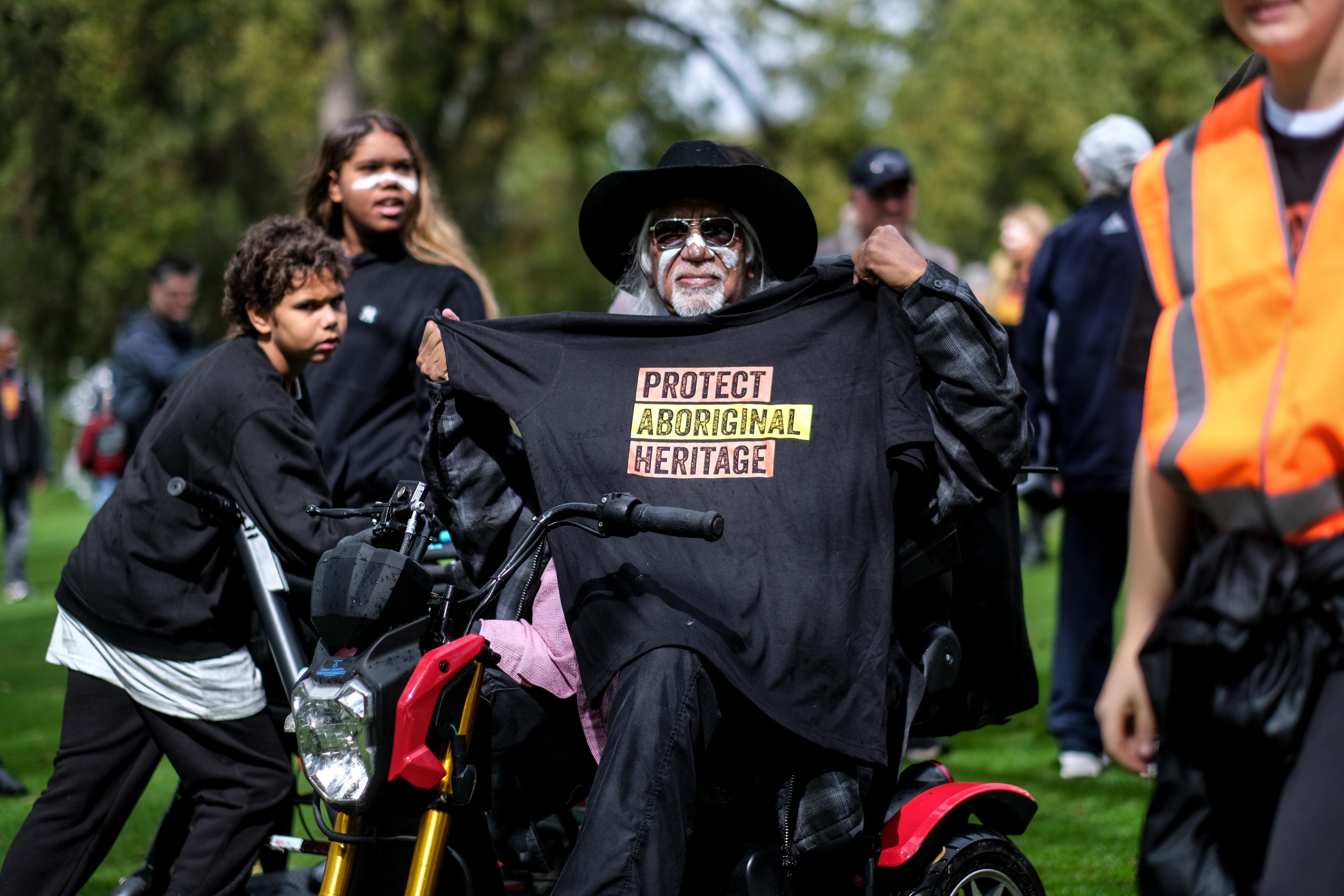 A man displays a t-shirt with a message reading “Protect Aboriginal Heritage” during a protest by aboriginal groups against what they say is a lack of detail and consultation on new heritage protection laws, after the Rio Tinto mining group destroyed ancient rock shelters for an iron ore mine last year, in Perth, Australia August 19, 2021. Courtesy Gabrielle Timmins/Kimberley Land Council/Handout via REUTERS/File Photo 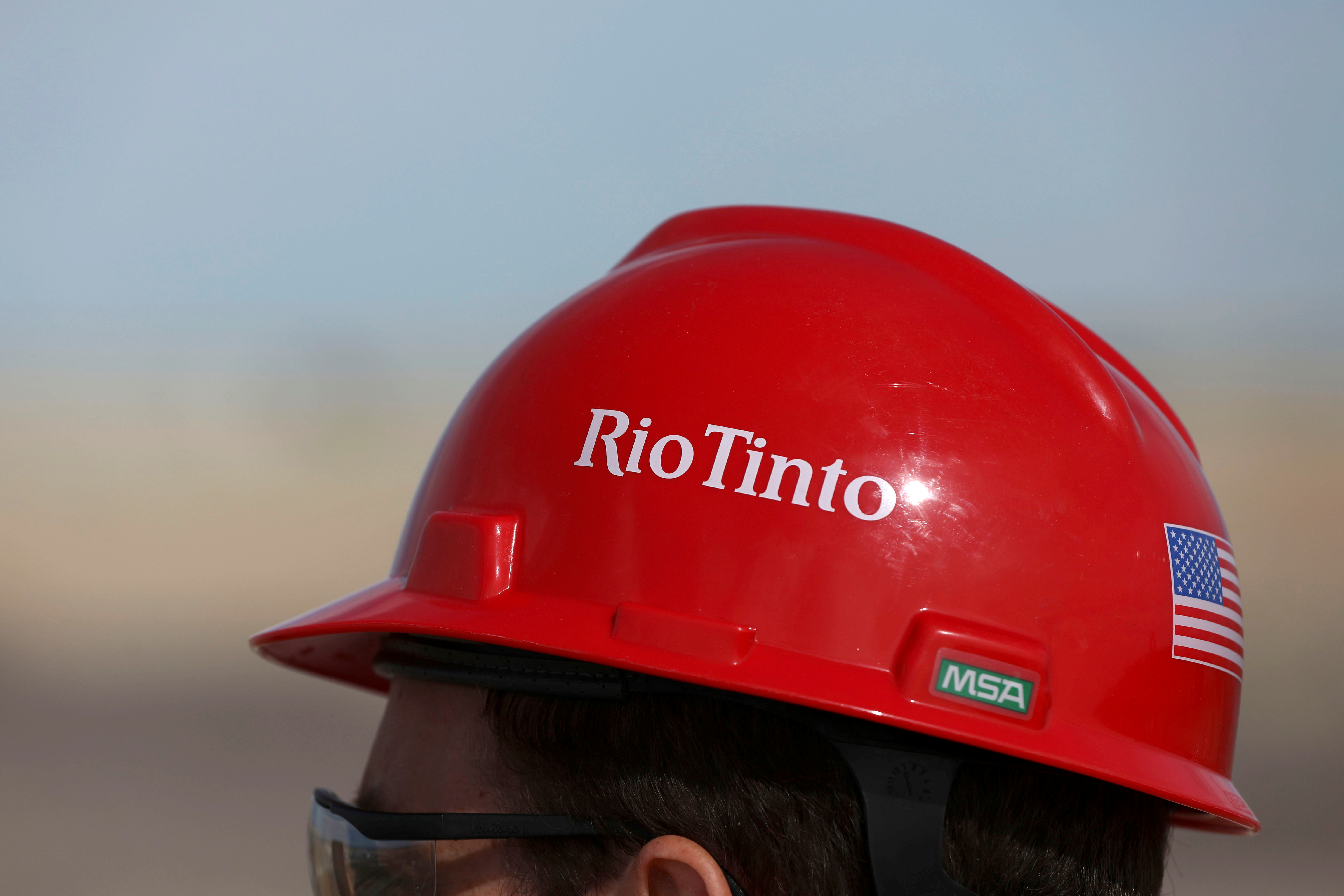 The Rio Tinto logo is displayed on a visitor’s helmet at a borates mine in Boron, California, U.S., November 15, 2019. REUTERS/Patrick T. Fallon/File Photo