Yevgeny Prigozhin, whose Wagner Group of mercenaries has dominated headlines in Ukraine, has reportedly been sidelined by Vladimir Putin after failing to make good on his promises of military gains.

The Institute for the Study of War (ISW) said Prigozhin’s “star has begun to set” following his boasts that his forces could capture the Donetsk city of Bakhmut.

The think tank said on Sunday that Putin wanted to see what Prigozhin and his previous commander in Ukraine, General Sergey Surovikin could do after the conventional Russian military had suffered disastrous setbacks.

“Both efforts failed,” the ISW said, as Prigozhin’s attempts to seize Bakhmut were frustrated and Surovikin’s air campaign to inflict suffering on Ukrainian civilians expended “most of Russia’s remaining stocks of precision missiles.” 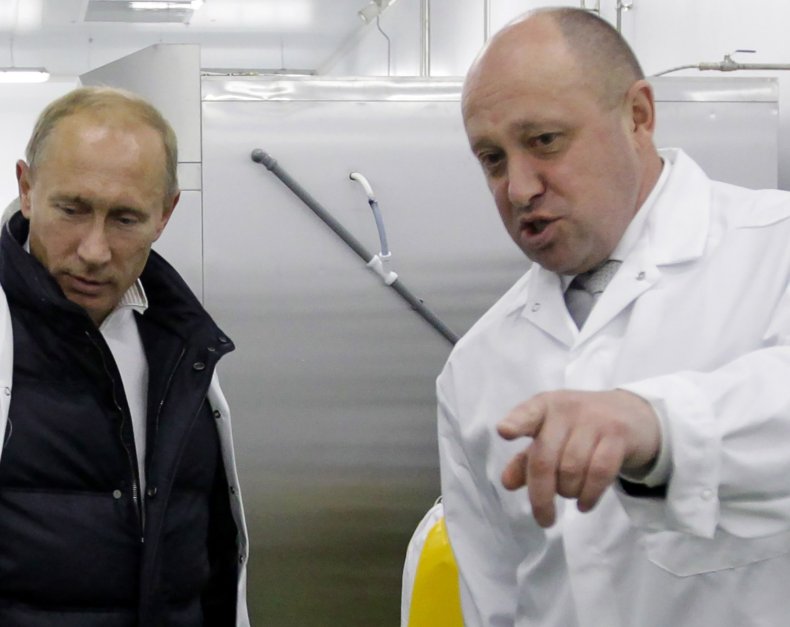 Wagner financier Yevgeny Prigozhin with Vladimir Putin outside Saint Petersburg on September 20, 2010. The Institute for the Study of War (ISW) said on January 22 that Putin has sidelined Prigozhin, whose troops are fighting in Ukraine.
ALEXEY DRUZHININ/Getty Images

Around 80 per cent of Prigozhin’s 50,000-strong force in Ukraine are reportedly convicts who have been thrown into assault operations around Bakhmut at high cost. Putin was prepared to test how the use of prisoners would play out in the war.

On January 11, Putin appointed Valery Gerasimov, demoting Surovikin, in a move that the ISW said showed the Russian president is putting his trust in “the conventional Russian military once more.”

Prigozhin’s social media posts, in which he touted his forces’ purported gains and disparaged the Russian command in the field, suggested he fancied himself as someone who could be a big player in military affairs. The ISW said “those hopes now seem to have been delusional” with Wagner not getting the expected credit for gains in the town of Soledar, near Bakhmut.

“Putin may have felt threatened by Prigozhin’s rise and tactless self-assertion,” said the think tank. It pointed to the president’s new focus on conventional forces and said that “is marginalizing the Wagner Group,” which last week the White House designated a “transnational criminal organization.”

Surovikin’s demotion has also probably disrupted Prigozhin’s ability to exploit his connections within the Russian military command to get heavy weapons.

“Prigozhin’s recent apparent fall from grace and influence likely reflects the real limitations on his actual power,” said the ISW, which added that Wagner’s lack of administrative organs have stopped it from becoming an effective parallel military structure.

It added that Prigozhin’s “marginalization” would be “a good thing” because it suggests “a reduced likelihood that Putin will give in to the crazier demands of the far-right pro-war faction.”

However, it said that the re-embrace of Gerasimov and regular order means he is more focused on rebuilding his military, posing more of a threat to NATO.

Newsweek has contacted the Russian defense ministry for comment.