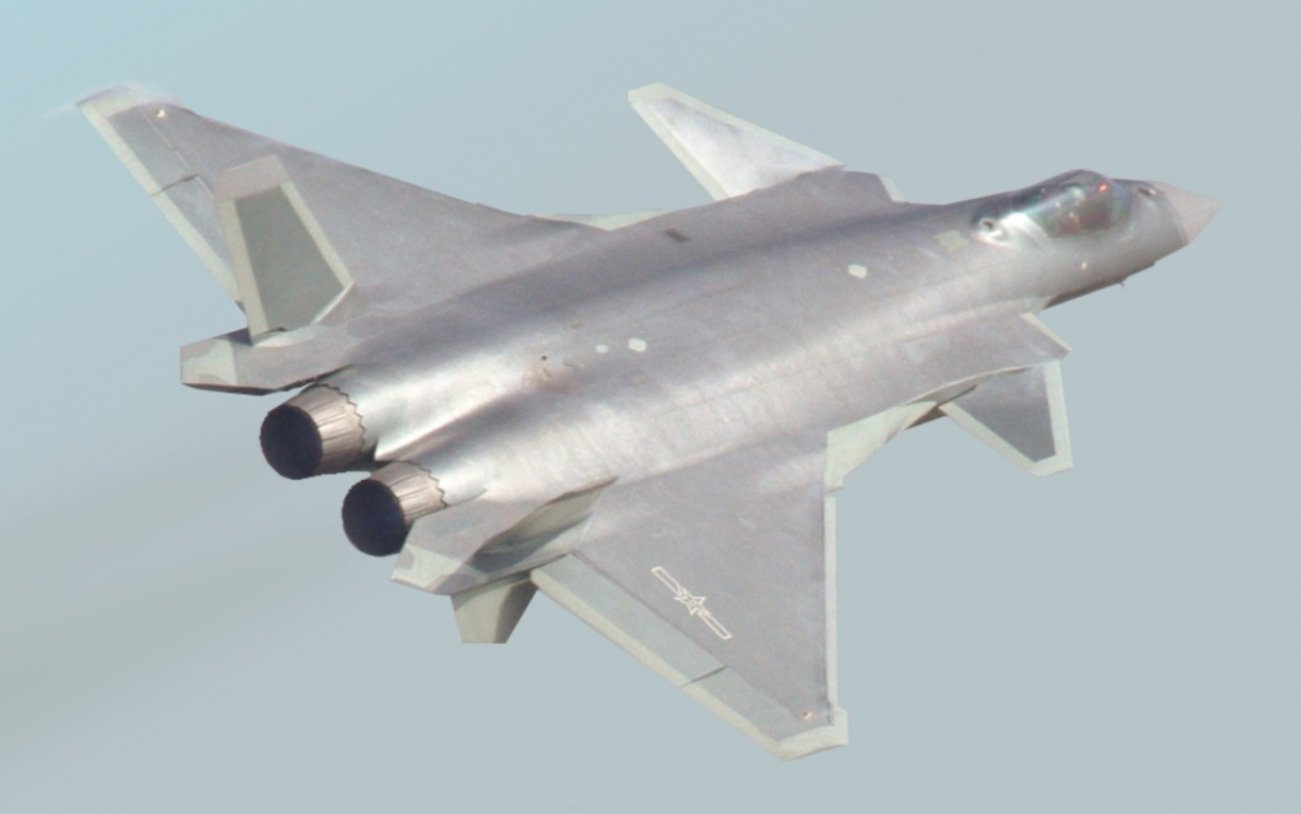 Here’s What You Need To Remember: All of this raises significant questions about various characteristics of the J-20, such as its speed, stealth performance and maneuverability. While much of the specifics of the J-20 could simply remain a mystery, the aircraft may not truly rival the F-22 or F-35, despite the apparent external similarities.

An overhead satellite picture shows an interesting and significant view of the Chinese J-20 stealth multi-role fifth-generation fighter, offering an informative view of the top of the fuselage.

The images can be seen in an overhead satellite picture published by The Aviationist.

The first thing that jumps out is the dual-wing configuration, meaning the aircraft has a short set of sloped, horizontal wings followed by larger structures aligning across the back end of the body. Perhaps this represents an effort to break up or smooth out the airflow passing on either side of the fuselage; airflow at high speeds can generate heat signatures potentially vulnerable to detection from enemy air defenses.

The F-35 and F-22, by contrast, have singular gradually sloped-horizontal wings. A shorter protruding, yet aligned or sloped wing, followed by longer wings, might represent an attempt to improve stealth performance.

A dual-wing formation could, it seems, interrupt the speed of the aerodynamic airflow on each side, potentially better managing temperature. Stealth properties can be optimized if temperatures emitting from or surrounding the aircraft align with or somewhat match the surrounding temperature, thereby concealing or removing thermal signature.

The structure also includes the kind of conformal, blended wing-body shape of many fifth-generation fighters, complete with rounded back end exhaust emissions. Interestingly, the J-20 reveals a dual-engine configuration, something which mirrors an F-22 as opposed to an F-35.

This may indicate an attempt to achieve an F-22-like supercruise technology that enables sustained speeds without needing an afterburner, something that helps expand mission time and improve aerial performance.

Also, the top of the J-20 has dual rounded “humps” that look nearly identical to the top of an F-22. In contrast, the F-35 has a single rounded parabola like fuselage on top, whereas the J-20 and F-22 reveal a flat upper fuselage blended into two separate rounded engine pathways. This kind of engineering might also be an effort to maximize maneuvering, vectoring and aerial dogfighting capabilities similar to those known to be possible with an F-22.

All of this raises significant questions about various characteristics of the J-20, such as its speed, stealth performance and maneuverability. While much of the specifics of the J-20 could simply remain a mystery, the aircraft may not truly rival the F-22 or F-35, despite the apparent external similarities. After all, while a stealth fighter’s ultimate success is related to stealth configuration, its true margin of superiority may lie in its sensors, weapons, avionics, temperature management and internal construction.

Kris Osborn is the new Defense Editor for the National Interest. Osborn previously served at the Pentagon as a Highly Qualified Expert with the Office of the Assistant Secretary of the Army—Acquisition, Logistics & Technology. Osborn has also worked as an anchor and on-air military specialist at national TV networks. He has appeared as a guest military expert on Fox News, MSNBC, The Military Channel, and The History Channel. He also has a Masters Degree in Comparative Literature from Columbia University. This article first appeared earlier this year.