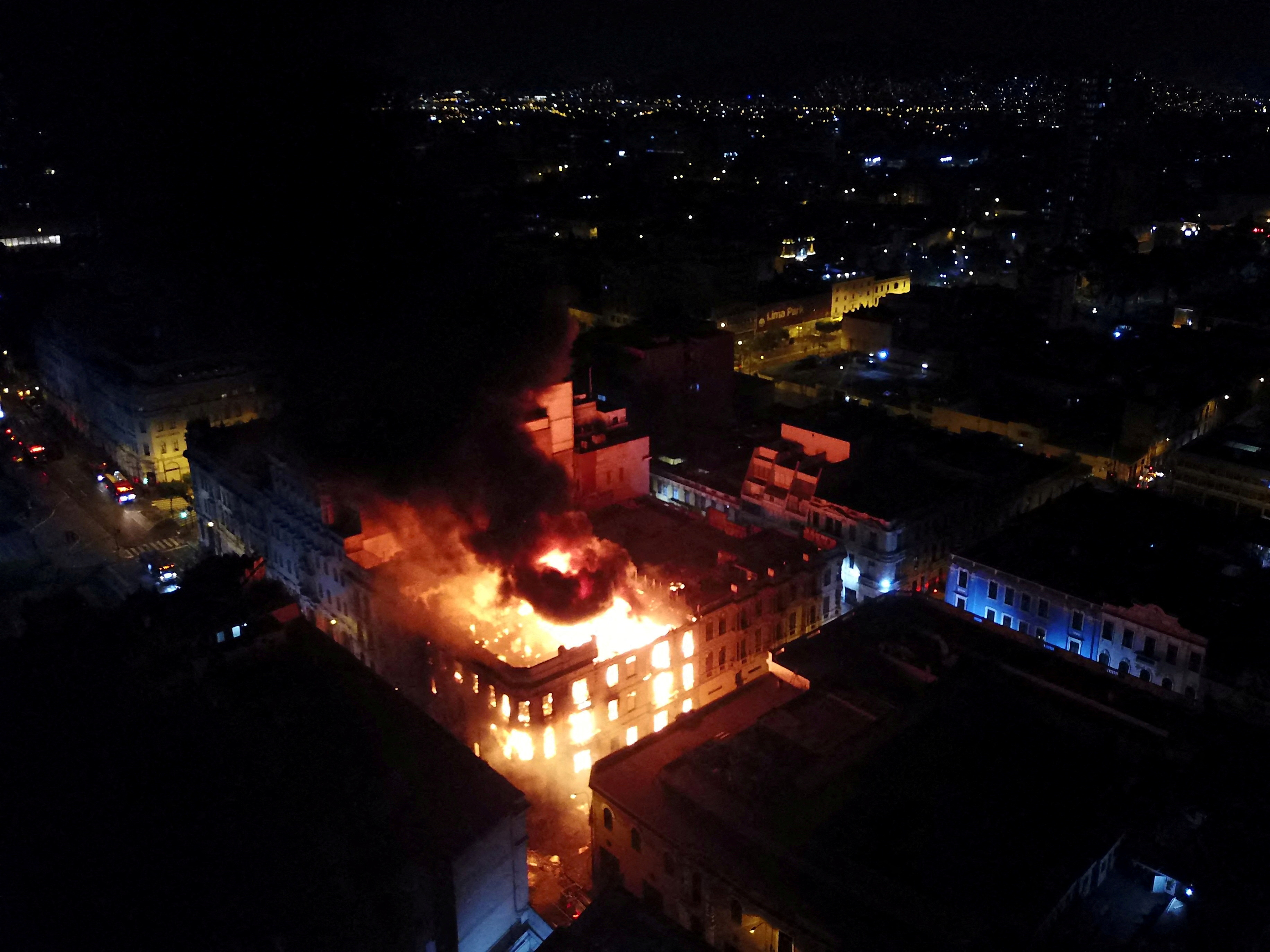 Smoke and flames rise from a building during the ‘Take over Lima’ march to demonstrate against Peru’s President Dina Boluarte, following the ousting and arrest of former President Pedro Castillo, in Lima, Peru January 19, 2023. REUTERS/Pilar Olivares TPX IMAGES OF THE DAY/File Photo

Peru’s capital Lima awoke on Friday to find one of the city’s most historic buildings burnt to the ground after a night of fresh anti-government protests that extended across the country, as the president vowed to get tougher on “vandals.”

A near-century old mansion in central Lima was destroyed after catching fire. Authorities are investigating the causes and lamented the loss of a “monumental asset.”

The government rejected rumors that the fire, which had no casualties, was caused by a tear gas bomb thrown by the police during the violent clashes.

The incident came after thousands of protesters descended on Lima earlier this week, calling for sweeping change and angered by the mounting death toll from the protests, which officially rose to 45 on Thursday.

Meanwhile, in Arequipa, fresh clashes broke out between demonstrators and police, while operations at the region’s main airport were suspended on Thursday.

The city of Cusco’s airport and another in the southern city of Juliaca also were attacked.

“It’s nationwide chaos, you can’t live like this. We are in a terrible uncertainty, the economy, vandalism,” said Lima resident Leonardo Rojas.

The government this week extended a state of emergency to six regions, curtailing some civil rights.

But President Dina Boluarte has dismissed calls to resign and for snap elections, instead calling for dialogue and promising to punish those involved in the unrest.

“All the rigor of the law will fall on those people who have acted with vandalism,” Boluarte said on Thursday.

Some locals pointed the finger at Boluarte for “not taking any action” to quell the protests, which began on Dec. 7 in response to the ouster and arrest of former president Pedro Castillo, who illegally tried to dissolve Congress.

Human rights groups have accused the police and army of using deadly firearms. The police say protesters have used weapons and homemade explosives.