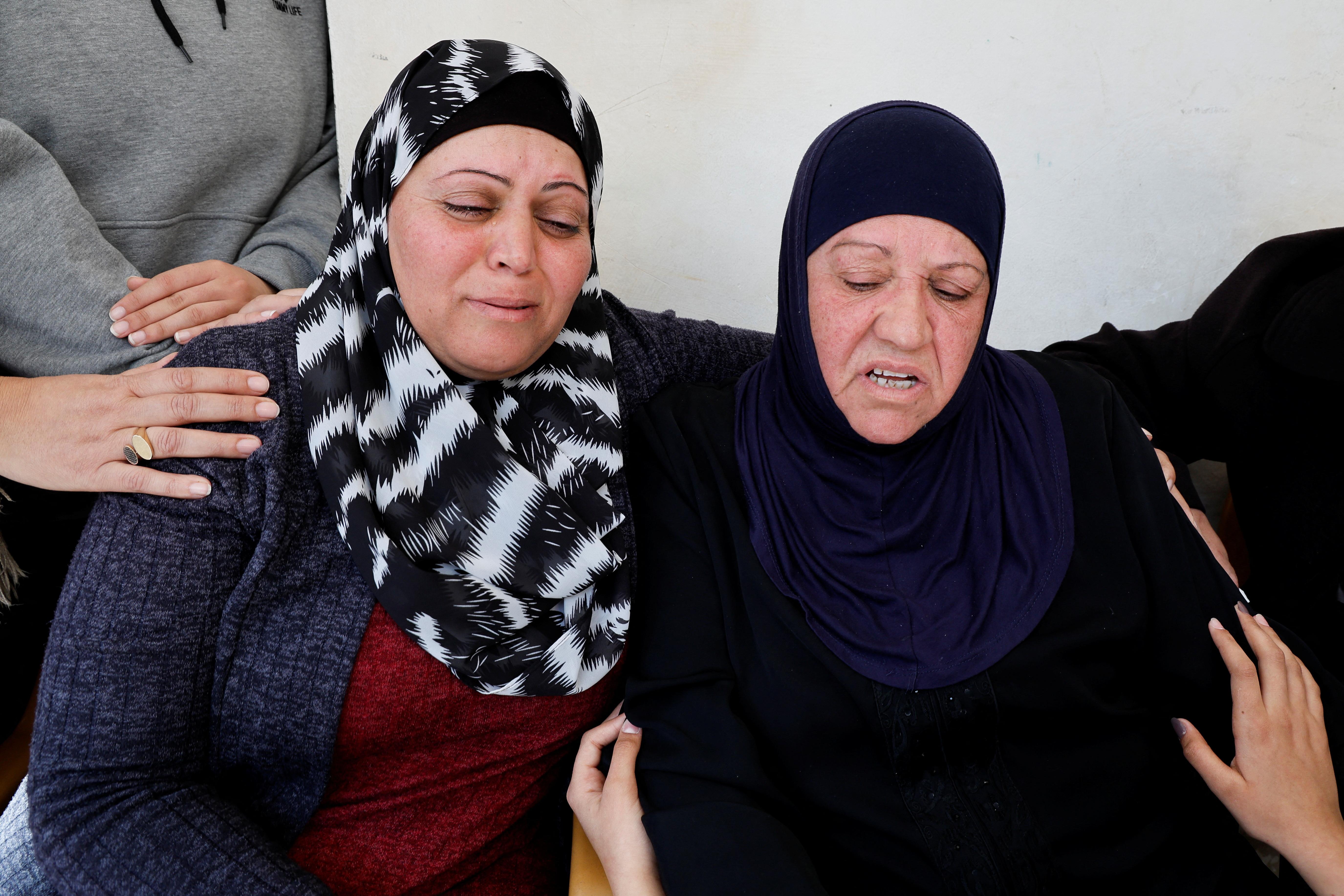 Family members of a Palestinian man, who was killed by Israeli forces after an attempted stabbing, react, near Ramallah, in the Israeli-occupied West Bank, January 21, 2023. REUTERS/Ammar Awad

JERUSALEM (Reuters) – A Palestinian man was killed by an Israeli on Saturday in the occupied West Bank, Palestinian officials said, and the Israeli military said the Palestinian had earlier tried to stab Jewish residents.

CCTV footage released by the Israeli military showed an individual running through the entrance gate of the Jewish Sde Efraim farm and being shot by an Israeli as he tries to advance further.

The Palestinian was trying to commit a stabbing attack against the residents, a statement from the Israeli military said. The military could not confirm whether the Israeli was working as a guard for the farm at the time.

Violence in the West Bank has surged over the past year, following stepped-up raids by Israel in response to a spate of Palestinian street attacks in its cities. At least 18 Palestinians, including militants and civilians, have been killed by Israeli forces in the West Bank since Jan. 1.