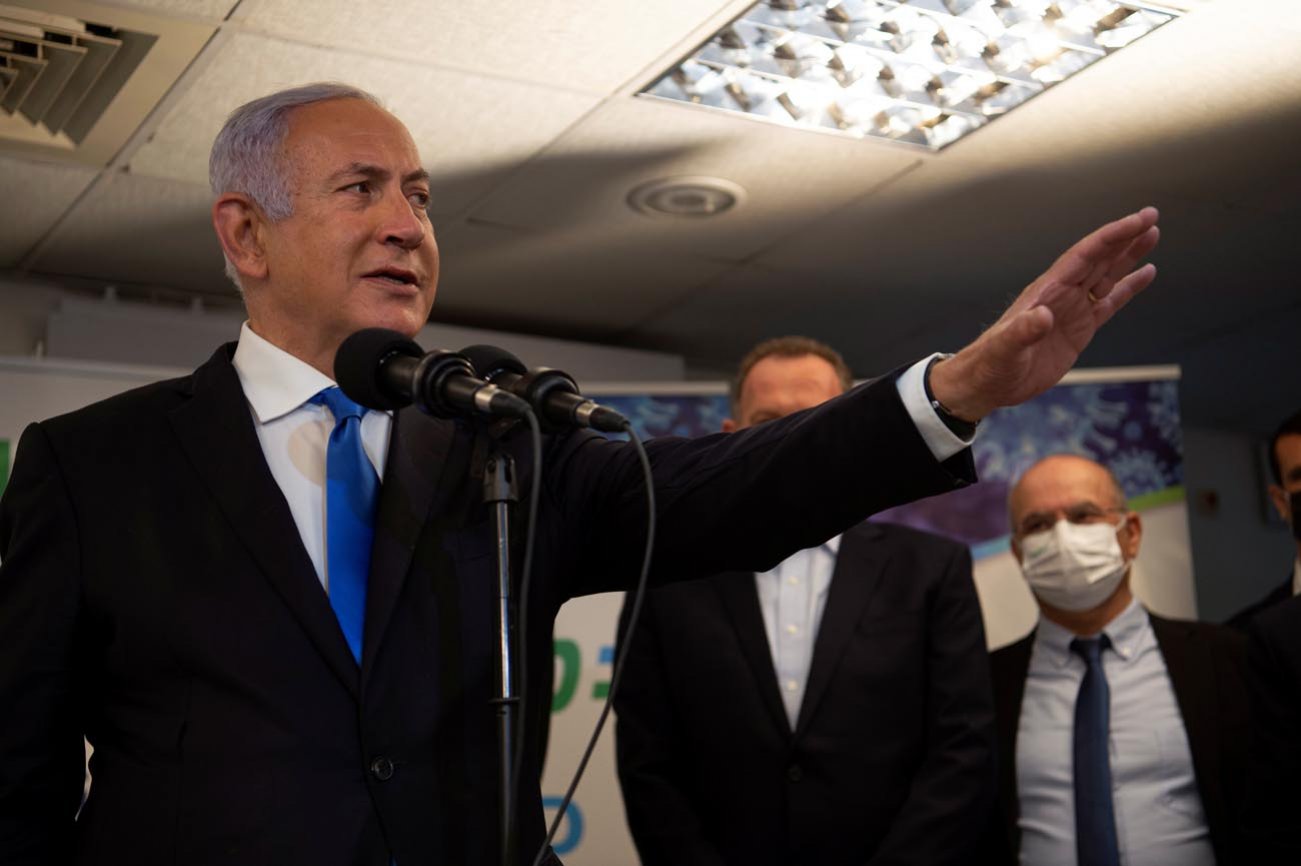 Israel has been praised as a pace-setter in administering the vaccine, but it has not been vaccinating all the population under its control—only the dominant ethnic/religious group, including West Bank settlers, while Palestinian Arabs have had to watch and wait.

In its first statement to the United Nations Security Council about the Israeli-Palestinian conflict, the Biden administration declared its support for “a mutually agreed two-state solution, one in which Israel lives in peace and security alongside a viable Palestinian state.” This unsurprising position marks a departure from the Trump administration’s swatting aside of the Palestinians and promotion of a one-sided proposal in which the only mutual agreement was between that administration and the right-wing Israeli government of Benjamin Netanyahu. The one practical difference that the new administration’s posture will make is a restoration of diplomatic communication with, and aid to, the Palestinians, both of which Trump had terminated.

The restoration of communication is important, but in other respects, the policy the Biden administration has announced is old hat. It offers no reason to believe that it is any more likely to yield progress toward peace than what previous U.S. administrations with the same declared aim accomplished. It is fair to ask whether the policy was obsolete even before it was announced—bypassed by events that go beyond Trump’s destructive approach.

Even four years ago, there already was good reason to question whether a separate Palestinian state worthy of the label “state” was still possible after a half-century of unilateral Israeli creation of “facts” on the ground in the West Bank. Israel has now settled approximately four hundred thousand Israeli Jews in the West Bank, plus another two hundred thousand within the expanded boundary of what it considers East Jerusalem since it conquered these territories in the war it launched in 1967.

During the past few months, some especially well-informed observers have publicly concluded that the problem of Israeli-Palestinian peace must now be thought of within the framework of a single state because the reality of a single state is the biggest fact of all on the ground. Last summer Peter Beinart, one of the most perspicacious writers on this subject in the United States, stated that he had given up his previous hope for a two-state resolution of the conflict and concluded that peace must be sought through equal political and human rights for all who live in the single state that extends from the Mediterranean to the Jordan River.

In January, Nathan Thrall, an American journalist residing in Jerusalem and author of The Only Language They Understand, detailed in an article in the London Review of Books the many ways in which Israel has erased almost all legal and practical distinctions between its citizens who live in the West Bank and those who live within the pre-1967 borders of Israel. In the same month, the Israeli human-rights organization B’Tselem issued a paper that similarly described why it no longer makes sense to talk about separate legal and political regimes governing each side of the 1967 boundary. Other knowledgeable observers, such as the liberal Israeli columnist Gideon Levy, have echoed these themes.

Israeli governments have vigorously resisted this description and have relied primarily on two images to promote its preferred way of framing their conflict with the Palestinians. One is permanent impermanence—the idea that there is still a two-state promised land somewhere out there in the future, and that if the Palestinians would only behave properly, they would someday reach that land. Inherent to this image is the myth, which does not accord with the history of the conflict, that the Palestinians are to blame for most of the missed opportunities for peace.

The other image portrays the West Bank as fitting neither of the only two possible statuses that under international law a conquered territory could logically have, with Israel thereby escaping the responsibilities associated with either of the two. If the West Bank is effectively part of Israel, then to call itself a democracy rather than an apartheid state, Israel would have to give equal political rights to all the people living there. If the West Bank instead is occupied territory, then Israel would be obliged to carry out the duties that, according to international conventions, any occupying power has and to take steps to end the occupation.

The escape mechanism is the Palestinian Authority (PA), the sui generis entity that was established in 1994 as a five-year transition mechanism but has hung around for twenty-seven years. The PA can’t do much of anything that Israel doesn’t allow, but for Israel, the PA is the supposed holder of responsibilities that Israel itself does not want to assume.

Sustaining this part of the image is aided by a lack of imagination among Palestinian functionaries who rely on the PA as a source of employment and never took the initiative to abolish it when the projected transition to a more permanent arrangement did not materialize. The recent announcement by PA President Mahmoud Abbas, who is sixteen years into a four-year term, of Palestinian elections later this year is a rather feeble attempt to restore credibility that was lost some time ago.

Vaccinations for the coronavirus illustrate all the patterns described above. Israel has been praised as a pace-setter in administering the vaccine, but it has not been vaccinating all the population under its control—only the dominant ethnic/religious group, including West Bank settlers, while Palestinian Arabs have had to watch and wait. The Israeli health minister, when challenged about this by a BBC interviewer, disavowed any responsibility for the health and vaccination of Palestinians and said that’s a matter for the PA. Only very recently, in the face of international criticism, has this situation even begun to be corrected.

All the drawbacks of anything that could be described as a one-state solution to the Israeli-Palestinian conflict continue as arguments against it. No such arrangement would satisfy the nationalist aspirations of either Israelis or Palestinians as well as two separate states living side-by-side in peace. But like it or not, Israel has over the past half-century established one, single state—not one that resolves the conflict, but one state nonetheless.  As Beinart notes, those who say a one-state solution would not work are really arguing that a single state in which everyone gets to vote would not work.

The limitations that bandwidth and domestic politics place on what the Biden administration is likely to do about this conflict during the coming four years are obvious. With so much else on his plate, Biden is unlikely to spend the political capital needed to be frank about on-the-ground realities in Palestine and to take bold steps that would be necessary for progress toward peace.  Some of the rhetoric of his appointees on this subject does not sound much different from what Trump’s people were saying. For the time being, the single apartheid state is likely to remain.

Paul R. Pillar is a contributing editor at the National Interest and the author of Why America Misunderstands the World.