Like the rest of Ukraine, Odesa has been dealing with electricity shortages, caused by Russian missile attacks, with whatever resources at its disposal. In the Black Sea city’s case, humor is one of its best tools. And European public opinion is shocked

Many neighborhoods of Odesa have been without electricity and heating for several days. The night is dark, with flashes of light from a few supermarkets and buildings. The whole city echoes with the widespread hum of portable generators. Fortunately, there is no shortage of light in hospitals.

Among the many images of the way in which the inhabitants of Odesa organize themselves in the face of the energy emergency, one of the most beautiful is the fried egg cooked on candles. This photo shows the reaction to the damage caused by the Russian missile attacks, with a spirit of adaptation and irony. The photo is by Aleksandr Levitsky, founder of “ArchOdessa,” an association created to protect the cultural heritage of the city. Even during the last months of the war, Levitsky and his volunteers have kept on working on the restoration of the old wooden and wrought iron doors of the 19-century buildings in Odesa, with the support of fundraising from citizens. 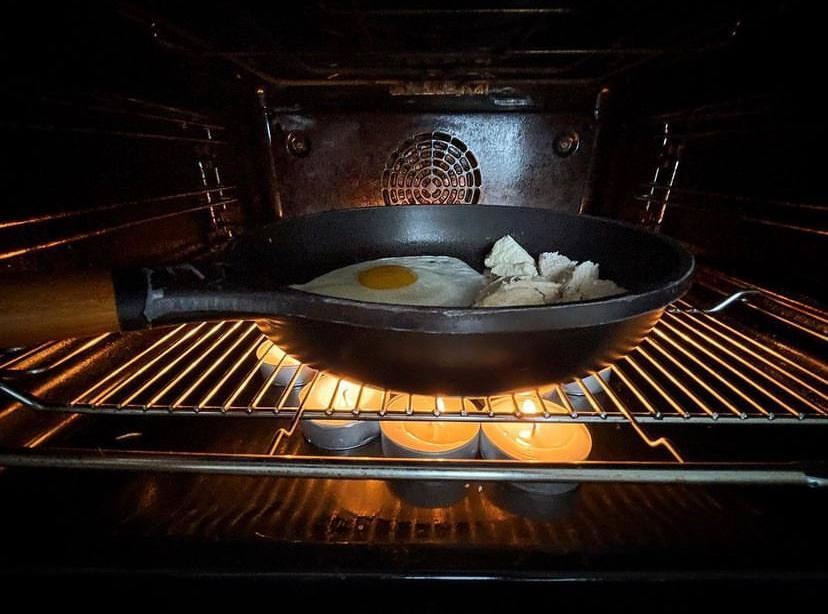 He is one of the many inhabitants of the maritime capital of Ukraine, who, regardless of the missiles and the risk of remaining in the cold and dark, make do without getting upset. Ladies have been seen going with their hairdryer to the supermarket socket to dry their hair, among the shopping trolleys. Or the manicurist setting up table to treat the customers’ nails in an illuminated underground car park. Everyone gets by and uses the resources of family members and neighbors.

“My daughter is married to a foreigner and they are both away. Luckily for us, their house has light and is heated. So my husband and I went to their apartment to use the fridge and sleep,” says Katerina Nunuparova, a music and singing teacher.

The latest Russian attacks in the Odesa region have aggravated the energy distribution situation. People have hoarded bottles of water, for fear that they will turn off the taps. Yet thanks to the work of the government and local administrators, during the day the situation seems to have returned to normal.

“To be honest, the worst memory of my trip back to Ukraine was when I crossed the Danube by ferry. At the Romanian customs there was only one toilet for the thousands of people in transit, with an indescribable filth and stench,” says Frenchman Francois Ledoux from Nice, one of the many foreign residents who have returned to Odesa after a few months of absence. “Then, having entered the Odesa region, everything seemed normal and organized, as in peacetime. In the city, even the wi-fi works, except for a few hours of interruption.”

The situation is certainly not easy and people are worried about the arrival of winter with low temperatures. Odesa has a milder temperature than Kyiv and Lviv; and thanks to the mitigating effect of the Black Sea, winter comes later. For now, there are no signs of a large exodus, as some foreign media have dramatized. People wait to see how the situation develops before deciding to leave the country. Ukrainians remained in their homes during the bombings. They are not so easily frightened.

Therefore, calm prevails in the city, and there is no sign of demoralization with respect to the desire to win this war. “If the Russians think they can scare us with these means, they are deluded,” says Antonina Semenova, social media manager for Ukrainian contemporary art events, with defiant pride. “Unfortunately, it seems that the Europeans are much more impressed than we are, and for this reason they insistently suggest that we be more conciliatory with the invaders who are constantly shelling us.”