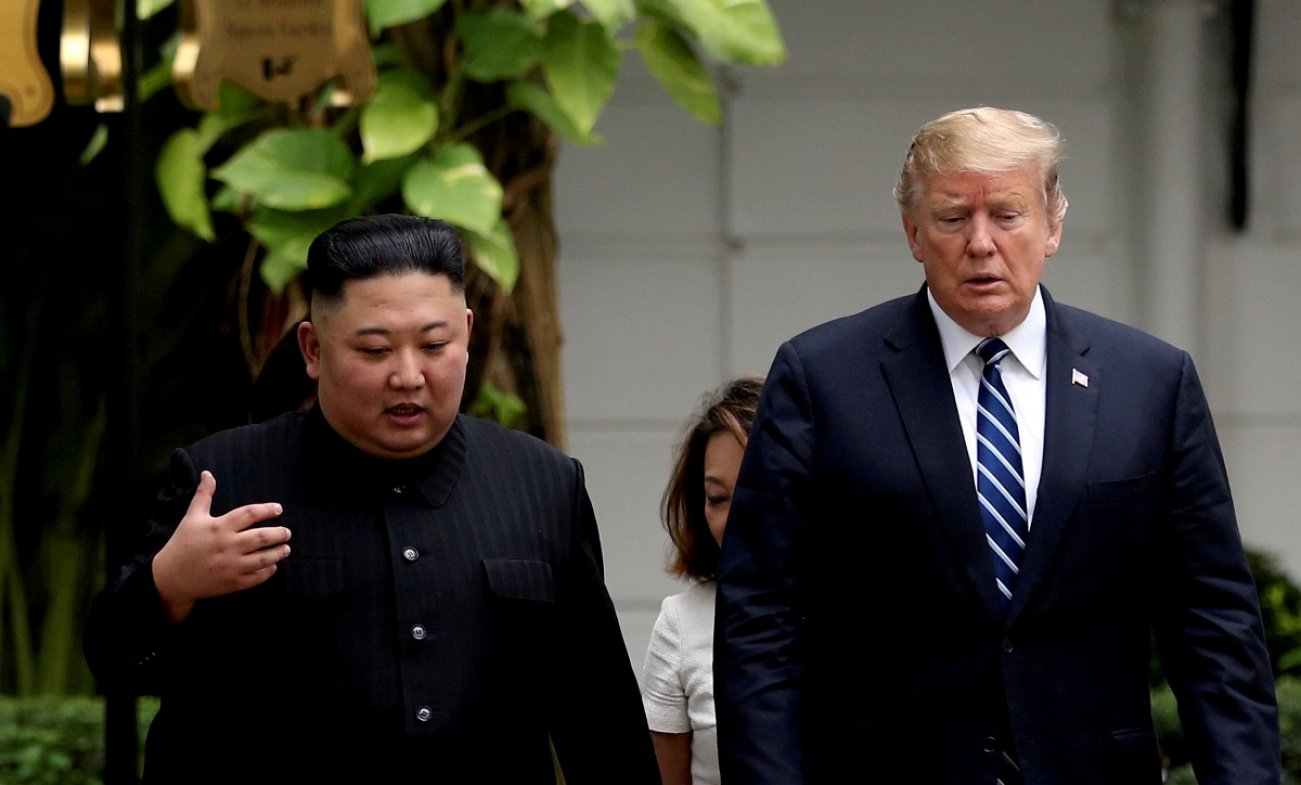 From the author: It is imperative that a re-elected President Trump not return to the dangerously confrontational policy toward North Korea that he embraced during the initial months of his first term.

If Donald Trump defies the predictions of polls and pundits once again to win another term as president, he will have considerable latitude to adopt bold initiatives, especially with respect to foreign policy.  Such latitude could be especially useful in the case of U.S. policy toward North Korea.

Trump’s volatile performance during his first term, though, makes it difficult to predict what direction his relationship with Pyongyang might take. From the time that he took office until shortly before his historic June 2018 summit with Kim Jong-un in Singapore, the president pursued an extremely aggressive policy toward North Korea. Not only did the United States build up its air and naval forces in Northeast Asia and work to tighten international economic sanctions against Pyongyang, but Trump also exhibited extreme personal animus toward the North Korean leader, including deriding him as “Little Rocket Man.”

The administration then made a sharp reversal and adopted a cordial program of diplomatic outreach, culminating in the so-called photo-op summit at the DMZ in June 2019, during which the U.S. president briefly strolled into North Korea in a powerful symbolic gesture. Unfortunately, that phase of U.S. policy did not last. Since the summer of 2019, Washington and Pyongyang have been at a diplomatic impasse over a seemingly intractable issue: the long-standing U.S. demand that North Korea agree to a complete, verifiable, and irreversible end to its nuclear-weapons program.

It is imperative that a re-elected President Trump not return to the dangerously confrontational policy toward North Korea that he embraced during the initial months of his first term. Such a policy would greatly endanger the already fragile peace of East Asia. Instead, the president would be wise to begin his second term with a renewed bid for a rapprochement with Pyongyang.  As I’ve written elsewhere, it is highly improbable that North Korea will ever capitulate regarding the U.S. insistence on complete denuclearization.  At the same time, it would be difficult (because of both policy inertia and domestic political pressures) for Washington to explicitly abandon that demand—however unrealistic the position might be.  Unless some changes in U.S. policy take place, though, the ongoing impasse will persist indefinitely.

President Trump would have an opportunity in his second term to do an end-run around that policy blockage.  Instead of focusing on the narrow nuclear issue, he should seek to normalize overall relations with North Korea as soon as possible. That approach would include signing a peace treaty formally ending the state of war on the Korean Peninsula, establishing diplomatic relations with Pyongyang, working to lift international sanctions directed against North Korea, and issuing an executive order lifting all U.S. sanctions that he can without needing congressional action.

If Trump wants to give expression to his inner realist, he would then use the normalized relationship with North Korea as a foundation to build a new overall U.S. policy in Northeast Asia. The centerpiece of such a policy would be to terminate not only the U.S. troop presence in South Korea but to phase-out the bilateral security alliance with Seoul.  Such moves would signal Washington’s determination to adopt a lower military profile in the region and not treat North Korea as a dire threat to peace. Primary responsibility for dealing with Pyongyang, including coming to some resolution on the nuclear issue, would be transferred from the United States to Japan and South Korea—the nations that have far greater interests at stake.

It remains to be seen whether a re-elected President Trump would have the fortitude and wisdom to adopt such a bold course.  He will be under intense pressure to return to the futile approach based on isolating North Korea and imposing sanctions that the United States pursued for decades before his initial foray at conciliation in 2018.  Worse, hawks in his own party will push for a return to the belligerent approach that he adopted throughout 2017.  If he intends to leave a meaningful, beneficial foreign policy legacy, he must ignore both of those factions and pursue a true, comprehensive rapprochement with North Korea.

Ted Galen Carpenter, a senior fellow in security studies at the Cato Institute and a contributing editor at the National Interest, is the author of 12 books on international affairs, including (with Doug Bandow) The Korean Conundrum: America’s Troubled Relations with North and South Korea (Palgrave Macmillan).