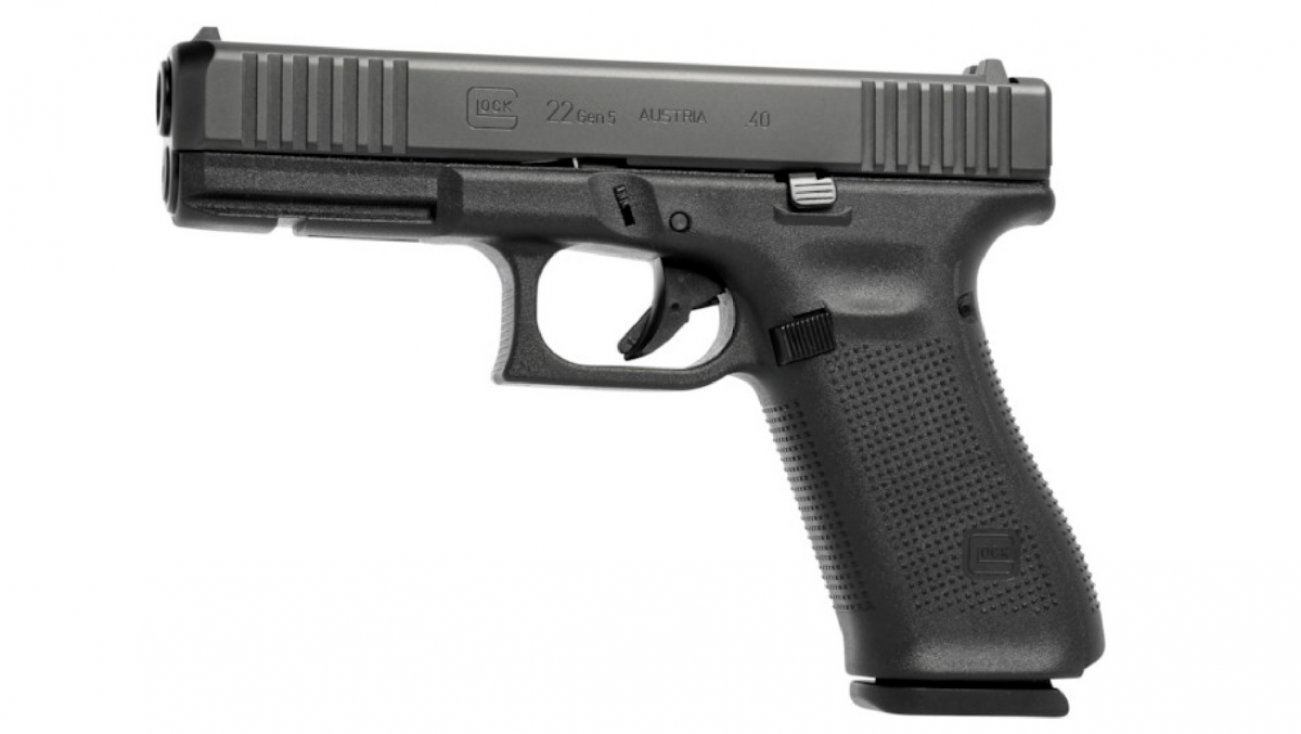 The Glock 22 was one of the first mass-produced .40 S&W guns, widely adopted by police departments across the United States.

One of America’s most popular service handguns, the Glock 22 got even better in 2020 with the vaunted Gen5 upgrade.

First introduced in 1990, the Glock 22 is a .40 S&W version of the iconic Glock 17. The .40 Smith & Wesson round was designed specifically for law enforcement in 1990, following the infamous 1986 Miami Shootout in which eight FBI agents were outgunned by just two robbers. The Glock 22 became one of the first mass-produced .40 S&W guns, widely adopted by police departments across the United States. Their visual similarities notwithstanding, the Glock 22 employs a slightly different frame from the Glock 17 to account for its heavier .40 S&W rounds. It also carries two less rounds, for a total of fifteen as opposed to the Glock 17’s seventeen. The baseline Glock 22 is only slightly heavier than the Glock 17 but boasts an identical barrel length and trigger pull.

In the decades that followed, Glock released a steady stream of revisions—dubbed “generations”—to keep pace with competitors. The informal second generation brought minor frame revisions and caliber options for certain models; Gen3 was a more comprehensive upgrade package, offering numerous ergonomics updates in addition to a universal accessory rail for mounting such tools as lights or lasers. Introduced in 2010, the Gen4 revision featured a new backstrap system and Rough Textured Frame (RTF) surface for additional grip support, among other quality of life improvements.

The Glock 22, along with its smaller Glock 23 counterpart, was recently upgraded to the Gen4 standard. But in 2020, the Glock 22 made the leap to Gen5—Glock’s latest handgun platform. Gen5 brings nDLC  (diamond-like carbon) coating for added protection against scratches and corrosion, the new  GLOCK Marksman Barrel (GMB) with superior rifling, flared magwell for more streamlined reloads, ambidextrous slide stop, smoother and more ergonomic trigger design, and the removal of finger grooves to better accommodate all possible hand sizes.

The Gen5 Glock 22 is available in two variants: the baseline model, and the Modular Optic System (MOS) variant that adds compatibility with popular aftermarket optics solutions. The Gen5 iteration of the Glock 22 has little interchangeability with prior models.

Not terribly impactful by themselves, Gen5’s slew of small-but-thoughtful changes quickly add up to produce a more formidable Glock 22 that’s not only more accurate but offers better handling and improved durability.  Nevertheless, the .40 S&W caliber’s popularity has declined precipitously in recent years; even the FBI, which originally commissioned the round, has stopped using it, returning instead to higher-capacity, softer-shooting, and more compact 9mm guns. Although too unwieldy for law enforcement, the 10-millimeter caliber has recently resurfaced as an increasingly popular option for consumers (especially some hunters) who want the stopping power and don’t mind the recoil.

The Gen5 upgrade breathes much-needed new life into Glock’s .40 S&W range, but it likely won’t be enough to reverse the .40 S&W ongoing downwards spiral in the consumer and law enforcement markets.

Mark Episkopos is a national security reporter for the National Interest.