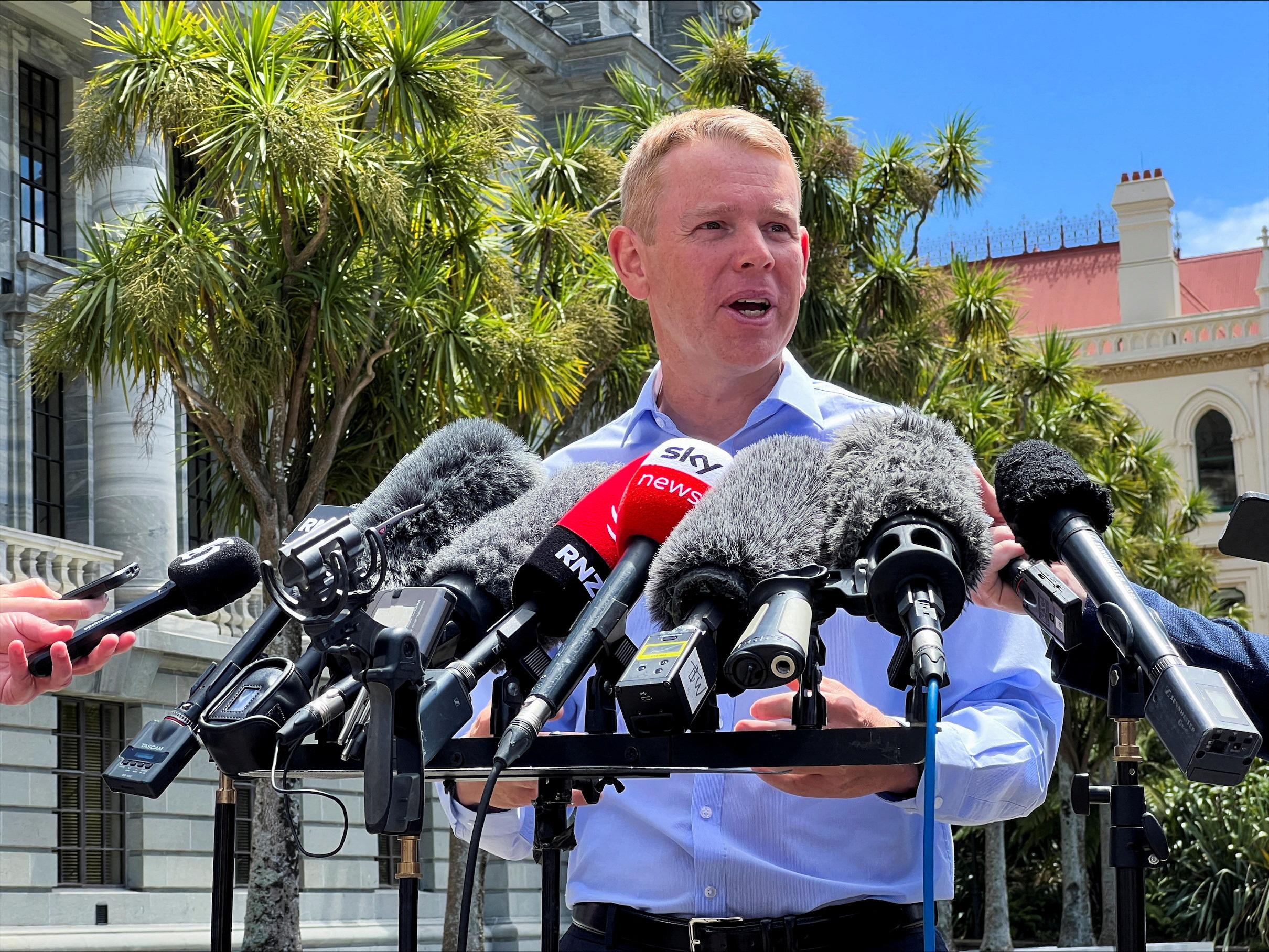 FILE PHOTO: Chris Hipkins speaks to members of the media, after being confirmed as the only nomination to replace Jacinda Ardern as leader of the Labour Party, outside New Zealand’s parliament in Wellington, New Zealand January 21 2023. REUTERS/Lucy Craymer/File Photo

The Labour party elected former COVID-19 Response and Police minister Hipkins, 44, to lead the party and the country on Sunday. This comes after the surprise resignation of Ardern, 42, who said she had “no more in the tank” to lead the country.

Hundreds gathered in the grounds of Parliament as Ardern left for the final time, hugging each of her members of parliament in turn, with many looking visibly emotional.

She then travelled to Government House, where she tendered her resignation to King Charles’ representative in New Zealand, Governor General Cindy Kiro.

Hipkins and his deputy Carmel Sepuloni – the first person of Pacific Islander descent to hold the role – were then sworn in, in a ceremony lasting a few minutes.

Hipkins, who has so far refused to comment on his policies since being elected leader, will hold his first cabinet meeting later on Wednesday.

Known as “Chippy”, Hipkins is well-known to New Zealanders for his competence in tackling COVID-19, though he acknowledged some mistakes in handling the pandemic and faces a tough battle to retain power in an October general election.

A 1News-Kantar poll released in December had Labour’s support falling to 33% from 40% at the start of 2022, meaning Labour would not be able to form a majority even with traditional coalition partner the Green Party at 9%. The opposition National Party has benefited from Labour’s decline.