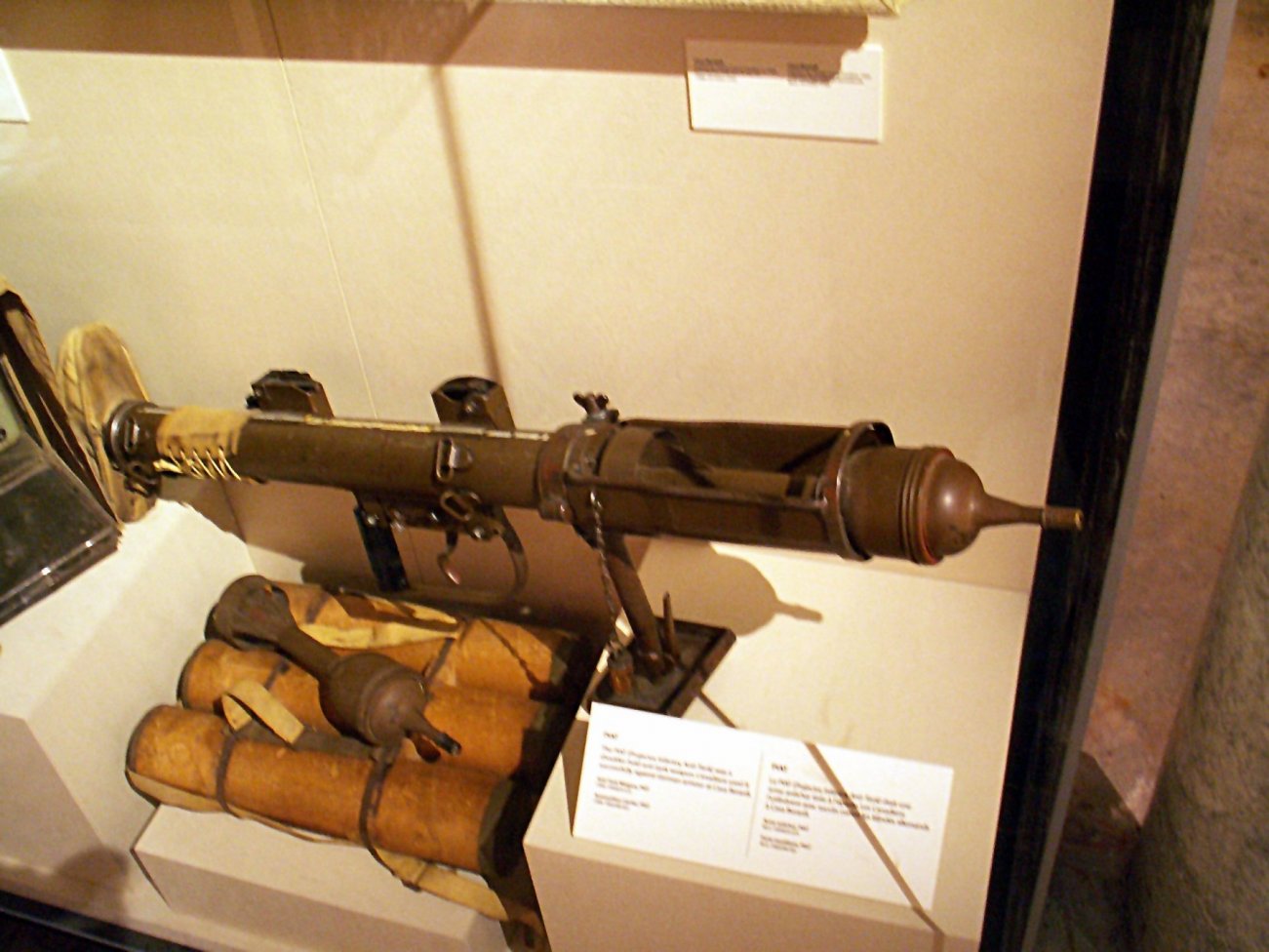 But fame wouldn’t spare him a tragic fate.

On May 6, 1944 during the Battle of Monte Cassino in Italy, Francis Arthur Jefferson, a soldier with the British Army’s Lancashire Fusiliers, engaged a German tank with a Projectile Infantry Anti-Tank grenade launcher, or PIAT.

The action made Jefferson famous. But fame wouldn’t spare him a tragic fate.

An anti-tank obstacle had held up the Fusiliers’ supporting tanks. The battalion had pushed forward alone and had begun to establish a defensive position. With no tank support and no anti-tank guns available the Fusiliers were in an exposed position.

The Germans counterattacked with two Mark IV Panzers and supporting infantry, opening fire at close range and killing a PIAT team trying to engage them.

Jefferson, a 23-year-old from Ulverston, Lancashire, grabbed a nearby PIAT and moved forward to engage the advancing Panzers. “Running forward alone under heavy fire, [Jefferson] took up a position behind a hedge; as he could not see properly, he came into the open and, standing up under a hail of bullets, fired at the leading tank which was now only 20 yards away,” his Victoria Cross citation would explain. “It burst into flames and all the crew were killed.”

Fusilier Jefferson then reloaded his PIAT and advanced on the second tank, but the vehicle began to withdraw before Jefferson could get within the weapon’s effective range of around 50 meters.

“By this time our own tanks had arrived and the enemy counterattack was smashed with heavy casualties,” the citation reads. “Fusilier Jefferson’s gallant act not merely saved the lives of his company and caused many casualties to the Germans, but also broke up the enemy counterattack and had a decisive effect on the subsequent operation. His supreme gallantry and disregard of personal risk contributed very, largely to the success of the action.”

Jefferson remained in the army until 1946, ultimately demobilizing with the rank of lance corporal. He was one of seven recipients of the Victoria Cross, Britain’s highest award for gallantry, for actions involving the PIAT.

His Victoria Cross was sadly stolen from his home in Bolton during a burglary in 1982. This greatly depressed Frank, who began drinking heavily. He was hit by a train and died in September 1982 at the age of 61.