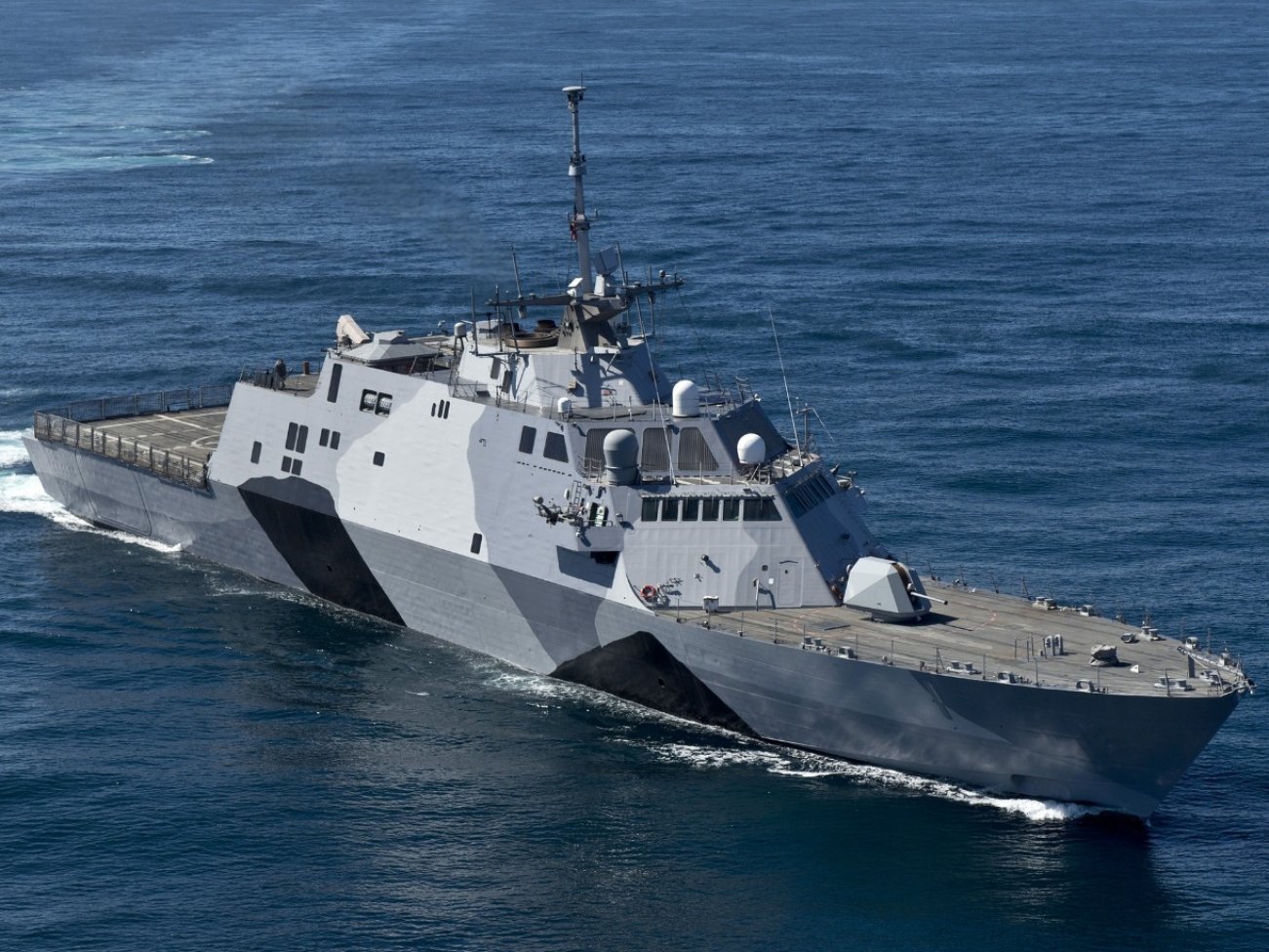 Here’s What You Need To Remember: The Constellation will be the first warship in the Navy’s new program to build a class of twenty guided-missiles frigates, where were funded by United States Congress in fiscal year 2020 (FY2020) at a cost of $1.28 billion. The new frigates will be able to operate independently or as part of a strike group.

On Tuesday, from the museum ship USS Constellation in Baltimore’s Inner Harbor Secretary of the Navy Kenneth J. Braithwaite announced that the lead vessel in the new class of guided missile frigates—FFG(X)—would be named for the nineteenth century sloop-of-war.

The name was selected to honor the first U.S. Navy ships authorized by Congress in 1794. The original six heavy frigates, which helped establish the Continental Navy as an agile, lethal and ready to fight force for the nineteenth century, were named United States, Constellation, Constitution, Chesapeake, Congress, and President. FFG-62 will be the fifth U.S. Navy vessel named Constellation.

“As the first in her class, these ships will now be known as the Constellation Class frigates, linking them directly to the original six frigates of our Navy, carrying on the traditions of our great service which have been passed down from generation to generation of sailors,” said Braithwaite from the second vessel—the nineteenth-century sloop-of-war—to bear the name. “While providing an unmatched capability and survivability for the twenty-first Century, Constellation Class Frigates will honor our Navy’s historic beginnings as we continue to operate around the world in today’s era of Great Power Competition.”

The Constellation will be the first warship in the Navy’s new program to build a class of twenty guided-missiles frigates, where were funded by United States Congress in fiscal year 2020 (FY2020) at a cost of $1.28 billion. The new frigates will be able to operate independently or as part of a strike group.

The future warships will be built at Marinette Marine Corporation in Marinette, Wisconsin with the first ship scheduled for delivery in 2026. It should reach initial operational capability by 2030, while the fleet should grow by two hulls or more a year after that.

A total of four U.S. Navy warships have been named Constellation. In addition to the original heavy 38-gun frigate, which was named to represent the “new constellation of stars” on the United States flag, and the nineteenth century sloop-of-war; USS Constellation (CC-2) was a battlecruiser that was laid down in 1920 but cancelled in 1923, while USS Constellation (CV-64) was a Kitty Hawk-class aircraft carrier that served from 1961 until 2003. In addition to supporting operations during the Vietnam War, the first Persian Gulf War and both Operations Enduring Freedom and Iraqi Freedom, the carrier suffered several catastrophic fires.

The choice of names for the new class of frigates is notable in that previous classes of U.S. Navy frigates, along with destroyers, have generally been named for naval leaders and heroes, USNI News reported, citing a Congressional Research Service report on ship naming conventions.

Other names considered included Agility, which was favored by former Acting Secretary of the Navy Thomas Modly, who suggested the name would evoke a “uniquely American brand of agility—agility that wins, and agility that will shape our maritime presence and ability to fight wherever we are called upon to do so.” The names Dauntless, Endeavor, and Intrepid were also on the short list according to a memo obtained by USNI shortly before Modly resigned as acting secretary.

However, as the Navy secretary has total discretion on names, the new class of guided missile cruisers will be the Constellation-class.