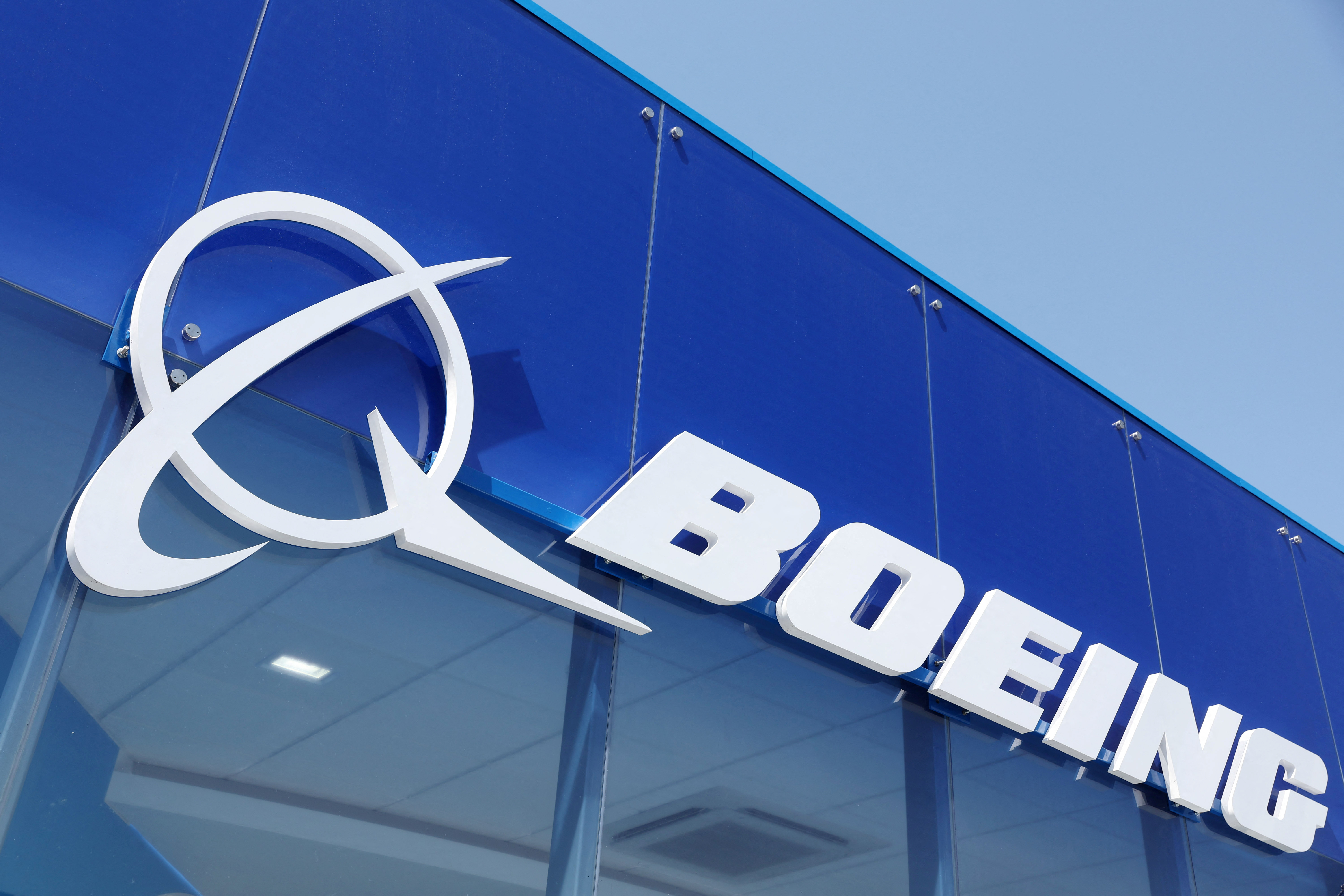 Signage for Boeing is seen on a trade pavilion at the Farnborough International Airshow, in Farnborough, Britain, July 19, 2022. REUTERS/Matthew Childs

Boeing will work with NASA to “build, test, and fly a full-scale demonstrator aircraft and validate technologies aimed at lowering emissions,” the agency said.

Over seven years, NASA will invest $425 million, while Boeing and its partners will contribute the remainder of the agreement funding, estimated at about $725 million.

The “Transonic Truss-Braced Wing” demonstrator single-aisle airplane aims to reduce fuel consumption and emissions by up to 30%. The concept involves an aircraft with extra-long, ultrathin wings stabilized by diagonal struts and higher-aspect ratios that could eventually accommodate advanced propulsion systems.

Single-aisle aircraft account for nearly half of worldwide aviation emissions. NASA plans to complete testing by the late 2020s, so technologies demonstrated could impact industry decisions about next generation aircraft in the 2030s.

NASA Administrator Bill Nelson said the goal of the project is to “produce and test a full-scale demonstrator will help lead to future commercial airliners that are more fuel efficient, with benefits to the environment, the commercial aviation industry, and to passengers worldwide.”

Boeing Chief Executive Dave Calhoun in November said the planemaker’s next all-new commercial jetliners were not likely until the middle of the 2030s – and that improving emissions is a key driver.

“If it doesn’t have a sustainability wrapper all around it, if it can’t meet the emissions tests, if it can’t deliver significant performance advantages, then there won’t be an airplane,” Calhoun said. “There’ll be a moment in time where we’ll pull a rabbit out of the hat and introduce some new airplanes sometime in the middle of next decade.”

The United States has set a goal of achieving net-zero greenhouse gas emissions from the U.S. aviation sector by 2050. The White House is targeting 20% lower aviation emissions by 2030, as airlines facing pressure from environmental groups to lower their carbon footprint pledged to use more sustainable aviation fuel.