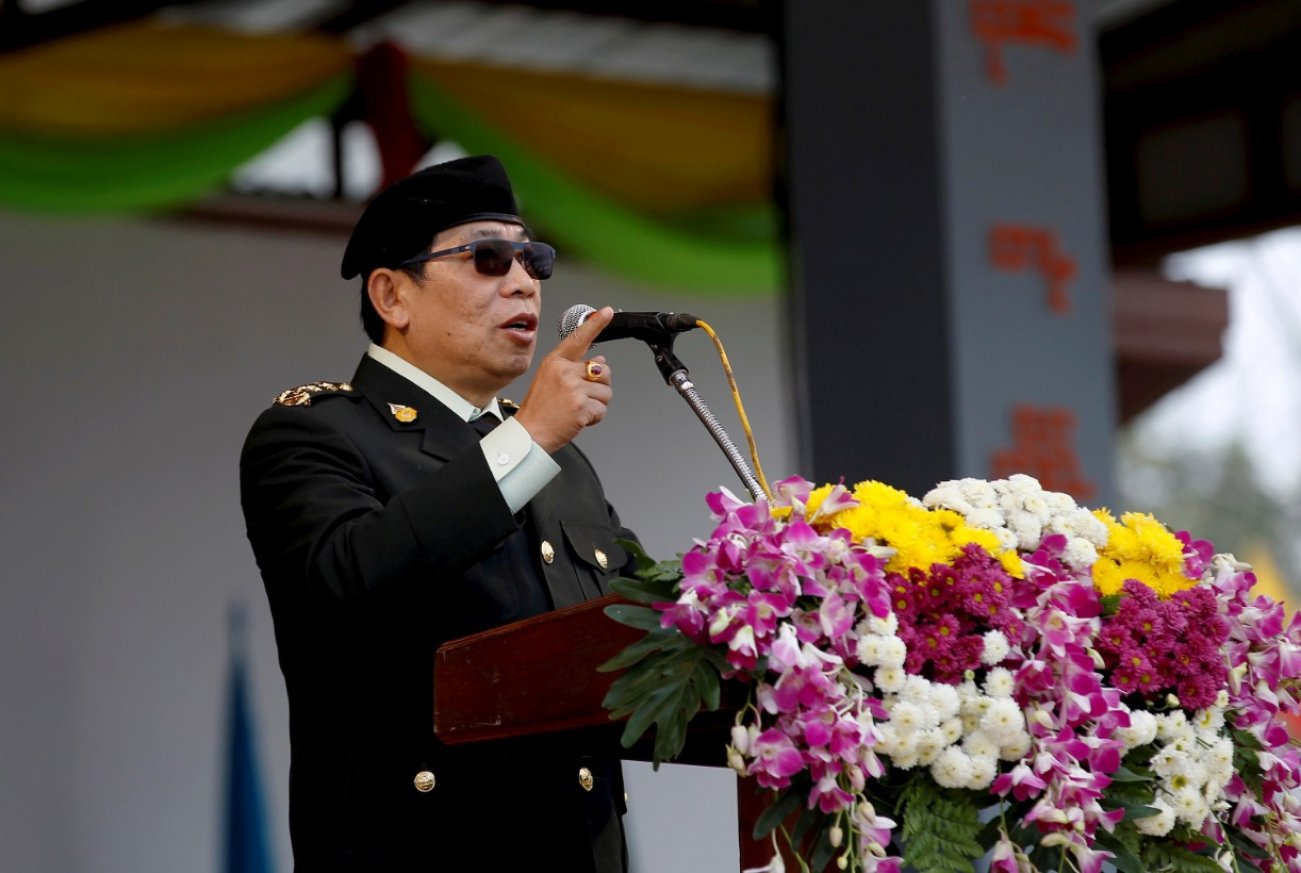 Military control of the government is nothing new for the Burmese people. In one way or another the military has controlled the country since 1962.

The military once again hold the reins of power in Myanmar. Citing constitutional provisions that give the military control in national emergencies, army officers detained government leaders in the early hours of February 1 2021, including state counsellor and popular national leader Aung San Suu Kyi.

An announcement on military television said the move was in response to “fraud” during last year’s general election. A spokesman said power had been handed to the army’s commander-in-chief, General Min Aung Hlaing, who would hold power for one year, after which there would be new elections.

Military control of the government is nothing new for the Burmese people. In one way or another the military has controlled the country since 1962. The post-independence civilian government got off to a bad start in 1948. In July 1947 the charismatic nationalist leader General Aung San, the father of Aung San Suu Kyi, was assassinated and leadership was inherited by the less politically agile U Nu.

Civil War broke out in 1949 between the government and an array of different insurgent forces, including communist and ethnic armies. As the civil war waged on and national politics became increasingly divisive, the military came to see itself as the only force that could hold the country together.

General Ne Win, who took power in a military coup, took the country economically and politically down a road informed by a new ideology that mixed together Buddhism and Marxism, known as the “Burmese Way to Socialism”. It brought an end to democratic institutions and civil liberties. Nationalisation of the economy and the forced sales by farmers of produce to the government removed private incentives and ruined the economy, leading to mass protests in the rainy season of 1988.

These displays of pent-up frustration including hundreds of thousands of protesters in the streets forced Ne Win to step down. This brought to the fore Aung San’s daughter, Aung San Suu Kyi and a new political force, the National League for Democracy (NLD). Another military takeover followed, overtly to “restore order”, with the promise of new general elections in 1990.

When Aung San Suu Kyi and the NLD swept the elections, the military cried foul and arrested her, preventing the NLD from taking power.

During nearly six decades in power, the military has been guided by several motivations. Chief among them are the army’s majoritarian nationalism dominated by the Burmese-speaking, Budhdist, Bamar ethnic group and the fear of any open democracy in which ethnic minorities, roughly 30% or so of the population, might gain too much power.

But the most durable motivation is that keeping control of – or at least maintaining a secure veto – over civilian government is a permanent necessity for the Burmese military. The upper echelons of the military and their families have used their control to enrich themselves, largely at the expense of pre-existing political and social elites. The continued wealth of their families would be threatened by any new government that could punish the corruption, reverse the land transfers and demand transfer of foreign bank accounts whose existence explains in part why most Burmese are so poor.

The military has followed a pattern of controlling the government for as long as it can in one guise and then, when a crisis hits, reinventing the official purpose for its continued control under another guise – and another name. So the Revolutionary Council in 1962 gave way to the Burma Socialist Programme Party government in 1974. This gave way to the State Law and Order Restoration Council in 1988, followed by the State Peace and Development Committee in 1997, which in turn was replaced in 2010 by the Thein Sein interim government.

What had been touted as a true democratic transition when the 2008 constitution was implemented, actually set up a system whereby the military still maintained enough power, through its veto power and control of a 25% block of parliamentary seats, to block any reforms that would lead to real change. This was particularly the case given they had banned NLD leader Aung San Suu Kyi from becoming president.

But this changed in 2016 when the NDL, having won won an earlier round of elections in 2015, created the office of state counsellor for Aung San Suu Kyi. The move allowed to take her place as de facto leader, with Win Myint as the figurehead president.

In 2017, the Myanmar military launched a brutal assault on the Rohingya ethnic group in the province of Rakhine in Western Myanmar. Thanks to social media campaigns on platforms such as like Facebook, the majority Bamar Budhdist population had been whipped up into an anti-Islamic frenzy. Aung San Suu Kyi did not oppose the military’s actions as the military had hoped, which would have lost her a great deal of popular support.

Instead she denied the military’s culpability, joined in the military’s political game of not recognising the Rohingya as a nationalist cause, supported the arrest of journalists who had discovered evidence for the military’s actions and even defended the military, most recently in 2019 in the International Court of Justice. These actions were the reason she has lost the human rights halo she once held in the eyes of the world.

But rather than win the military’s favour, army leaders were perturbed that their actions had not cost her and the NLD Burmese public support. Her continued popularity was demonstrated in November 2020 when the NLD swept the elections. The military’s fear that it was losing the nation, and that Aung San Suu Kyi might use this support to force constitutional changes, override the military’s control and bring their game to an end, meant that something had to be done.

Planning for the takeover of the government evidently began immediately. I have been told privately that there were two days of Chinese-brokered negotiations between NLD leaders and the military that came to naught when Aung San refused to budge to military demands. The military moved the next morning and Burmese woke up to yet another version of military control.

As so many times after so many coups and “corrective moves” made before, the future of the country is in the military’s hands. Sooner or later military rule in Myanmar will assume yet another guise – with another claim that it marks the beginning of a real transition. But only until it threatens to actually lead to real change. Then Myanmar is likely to see the cycle repeated again. Politics moves slowly in Myanmar – the military likes it that way.