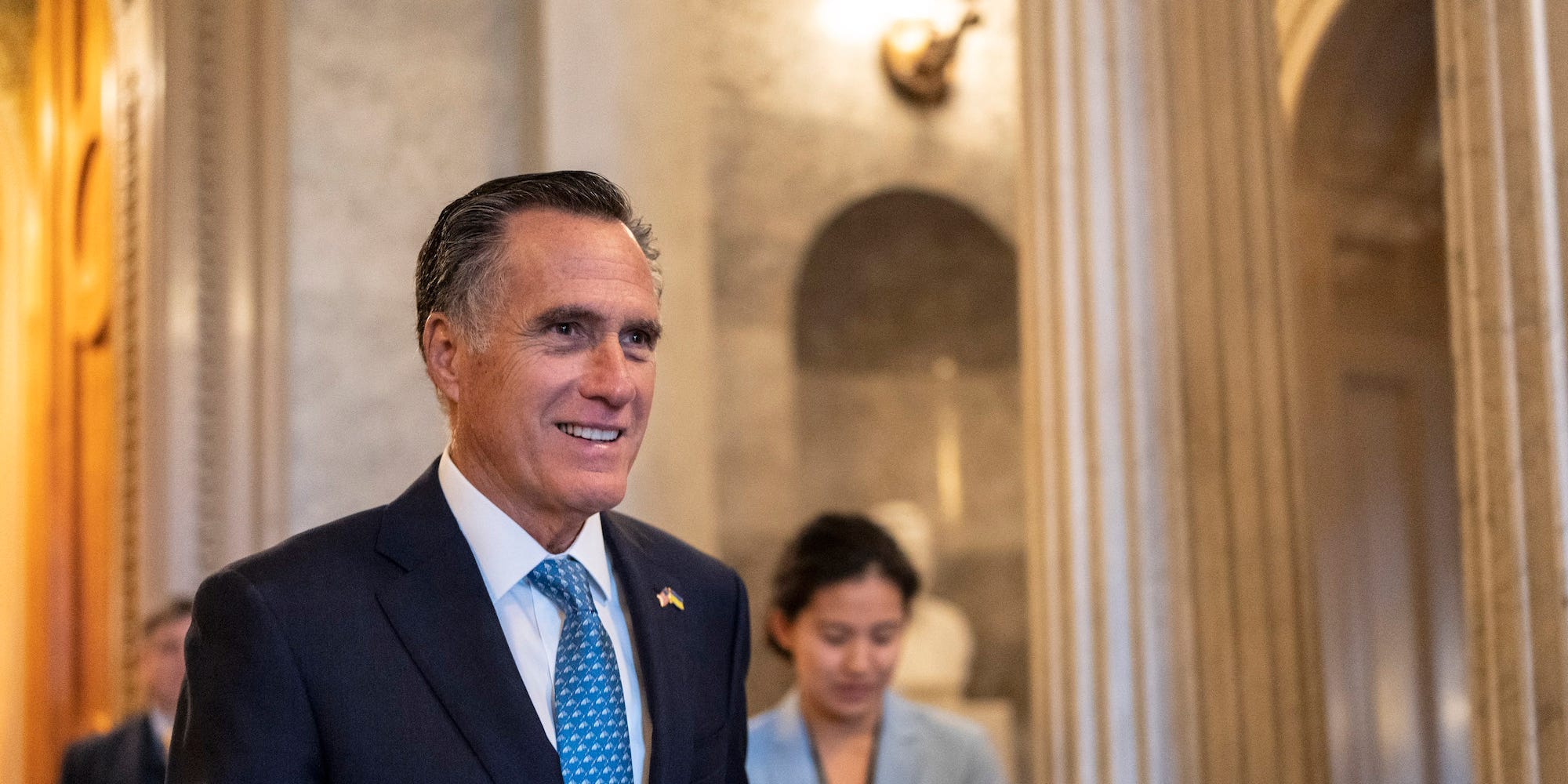 Sen. Mitt Romney has frequently broken with conservatives in the last four years and says he hasn’t decided whether he’ll seek re-election.

When Republican Sen. Mitt Romney of Utah was elected to the US Senate in 2018, he had the explicit backing of then-President Donald Trump.

Four years later, it wouldn’t be a mistake to call him the most anti-Trump Republican in the chamber. And he still hasn’t said whether he’ll seek re-election in his deep-red state next year.

“Anybody that thinks this isn’t gonna be a divided race, and a divisive one, is either lying to you or they don’t know,” said Utah Republican Party Chair Carson Jorgensen in a phone interview with Insider.

Romney voted to convict the former president during both of his impeachments, first on abuse of power charges in 2020 and then incitement of an insurrection in 2021. And it’s not hard for reporters on Capitol Hill to seek out Romney for a quip about the former president. After the 2022 midterm elections, the senator  was quoted calling Trump an “albatross” on the party’s electoral prospects and a “gargoyle” hanging over the Republican Party.

The Utah Republican, who was the party’s presidential nominee a decade ago, has broken with the majority of his party on other high-profile issues as well. He voted for the bipartisan infrastructure law, new gun restrictions, a bill to protect same-sex marriage, and was one of just three Republican senators who voted to confirm Ketanji Brown Jackson to the Supreme Court last April.

Most recently, he was among a group of 18 Republican senators who voted for a nearly $1.7 trillion omnibus government spending bill opposed by the party’s grassroots.

“That wasn’t really popular amongst Utahns,” Jorgensen said of the omnibus, saying Romney’s vote on the government funding bill, as well as his vote for Jackson, had upset even conservatives “who aren’t in the Trump corner.”

If Romney chooses to run again, he’ll have to explain all of that to Republican primary voters back home.

The Utah senator told Insider at the Capitol last month that he had not yet decided whether to run, but was “keeping my options open.”

“There’s no particular timeframe,” he said. “But I make sure that I have the staffing and the financial resources to proceed with the campaign.”

‘An uphill battle on his hands’

Utah is unique, in that there are two different paths to getting on the Republican primary ballot — candidates can either go through a convention process where they face the most committed party activists, or they can gather signatures.

Last year, Senate candidates needed 28,000 signatures to get on the ballot — and Jorgensen said that would be the “best way forward” for Romney. “Amongst the delegates, it’s a pretty rough spell for him,” he said.

Jorgensen also pointed to Romney’s neutrality during the 2022 election — which prompted fellow Utah Republican Sen. Mike Lee to publicly plead for Romney’s endorsement on national television during his race against independent Evan McMullin — as a reason for party activists to distrust him. Romney was the only Republican senator who did not publicly back Lee.

“That’s probably something that they’ll hold over his head,” said Jorgensen. “In Utah, when you don’t say anything, it kind of speaks volumes.” 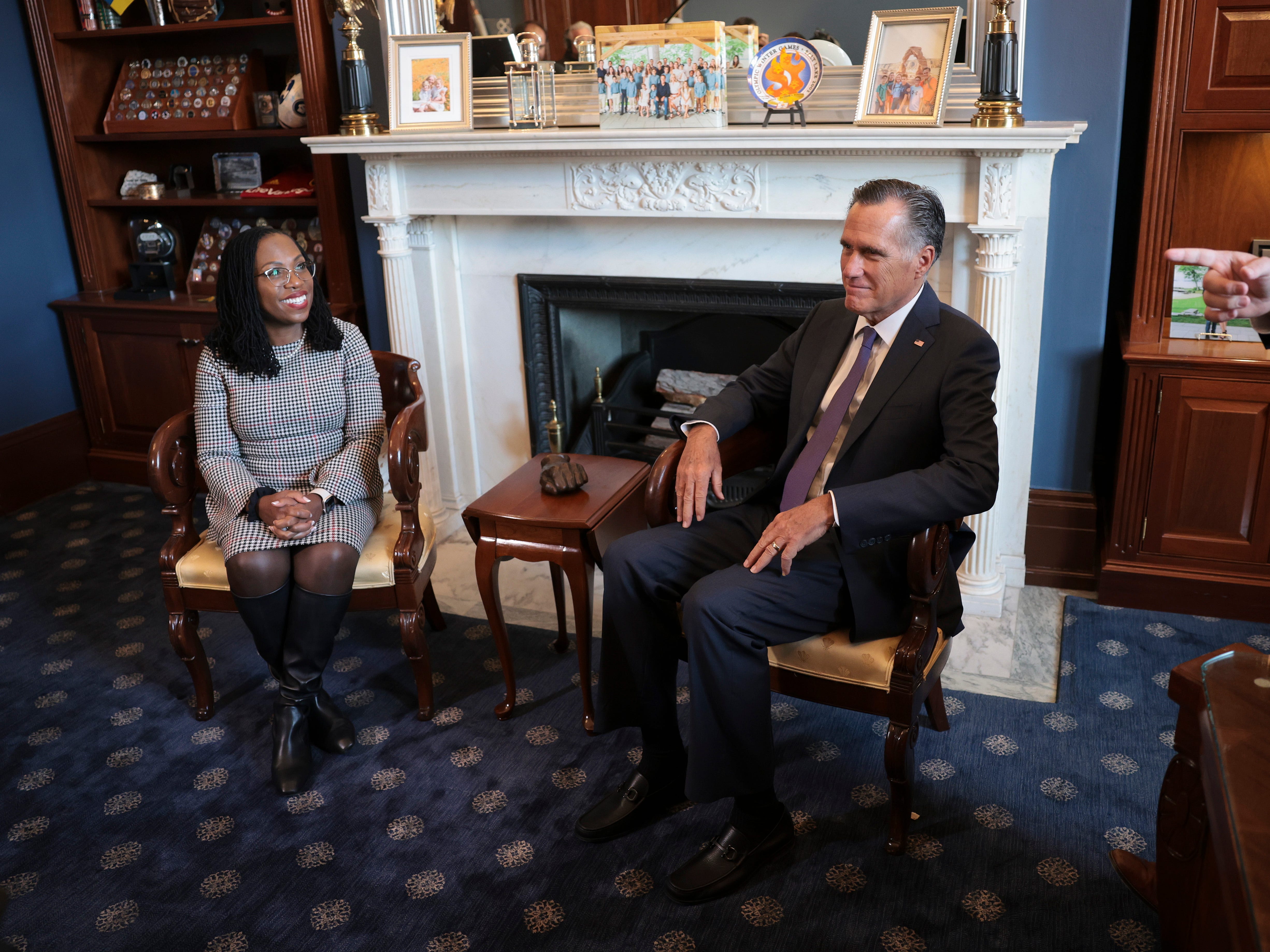 But the state is also unique in the nature of its Republican electorate — Trump significantly underperformed previous GOP presidential candidates in both 2016 and 2020. Mormons, who make up the vast majority of Utah’s population, have historically been less supportive of Trump than other conservative constituencies.

“Of all the Republican states, this is the state that has been probably the least Trump-friendly,” said one Utah Republican consultant, who requested anonymity to speak frankly. But the consultant added that he’d seen polling showing Romney polling in the “low 40s” in a potential primary — enough to get by in a crowded field, but potentially perilous in a head-to-head battle.

In Washington, Romney can count on the backing of Senate Minority Leader Mitch McConnell, who told Politico that it’s “important for the Republican Party and the country” that the Utah Republican seek re-election. McConnell also said he would “absolutely” be willing to make significant outside investments in Romney’s campaign. Romney has also proven to be an able fundraiser himself, bringing in $5.5 million during his 2018 bid.

“Running an election against an incumbent senator who is personally wealthy is a big ask,” said the consultant. “He will have all the money to try and influence the narrative through advertising that he needs, either through raising it, or spending it himself.”

Jorgensen, who says he will remain neutral during the primary, said there are “absolutely going to be challengers, and [Romney] may have an uphill battle on his hands.” He named Attorney General Sean Reyes, former Rep. Jason Chaffetz, and current Utah House Speaker Brad Wilson as potential GOP candidates.

“I think anybody in politics should always assume that they’re going to have a robust election process,” he said. “Thinking otherwise would lead to, I think, a grave error.”