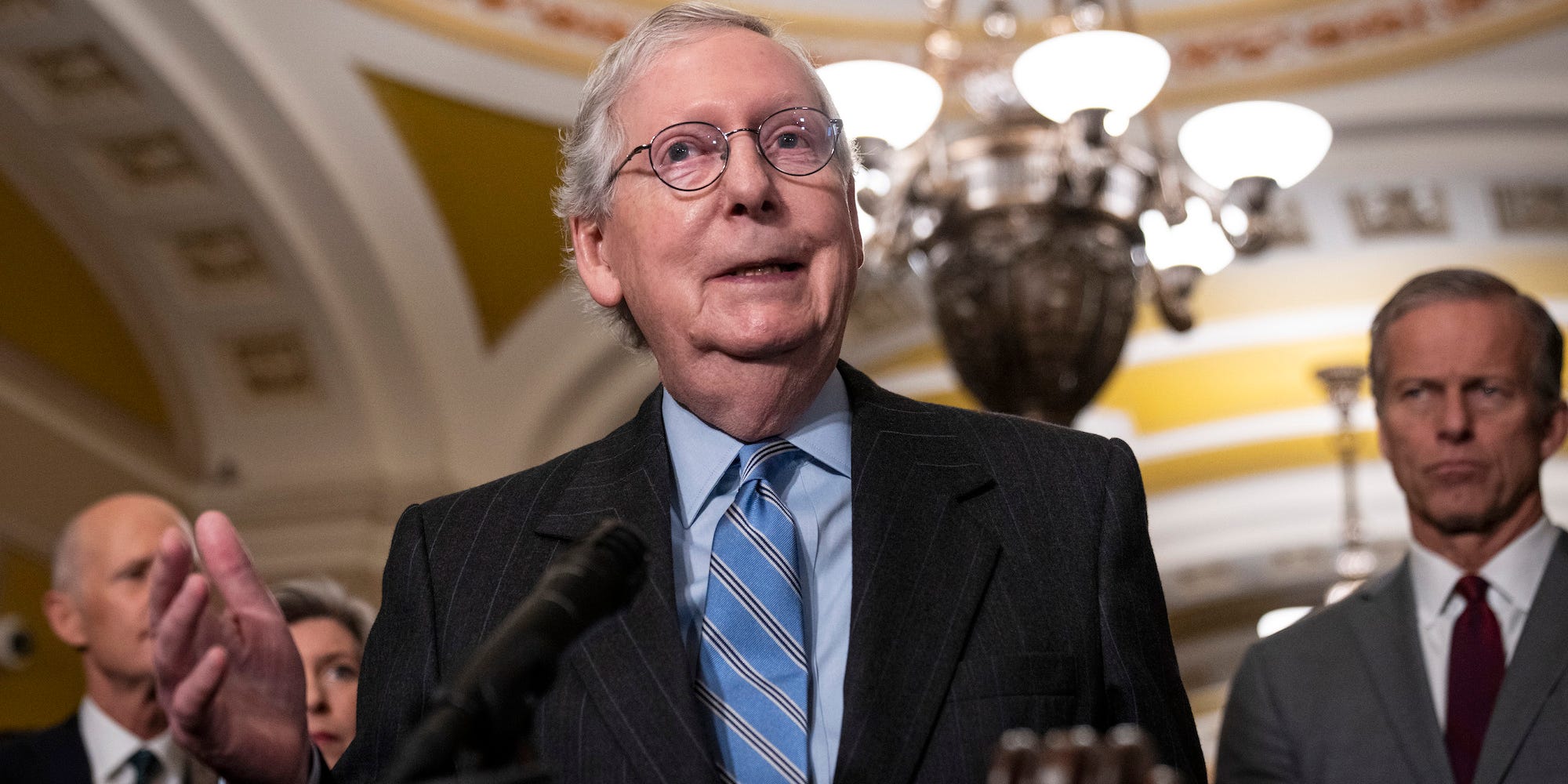 Senate Minority Leader Mitch McConnell at the Capitol on November 29, 2022.

“I’ve got better things to do with my time,” McConnell told Kentucky local news radio 840 WHAS, according to Punchbowl News’ Andrew Desiderio.

McConnell, who recently became the longest serving Republican leader in the Senate, has largely avoided speaking about Trump since he left the White House. The pair’s relationship began to sour after McConnell acknowledged President Joe Biden’s election victory in December 2020. Then came the January 6, 2021 Capitol riot, which McConnell fiercely condemned Trump over, and the two reportedly haven’t spoken since.

Since leaving office, Trump has repeatedly attacked McConnell, often calling him an “Old Crow” and blasting him for working on bipartisan legislation under the Biden administration. For the past several months, Trump has also criticized McConnell’s wife, Elaine Chao, who served as Trump’s transportation secretary before she resigned in the wake of the Capitol attack.

Trump recently decried McConnell over his support for a bill that would keep the government funded through September.

“If the Old Crow waited just 10 days, the Republican Majority in the House could have made the ‘Ominous’ Bill MUCH, MUCH, MUCH BETTER,” Trump wrote of McConnell on Truth Social last month. “Just another win for the Democrats, Mitch, that wouldn’t have happened if ‘Trump’ were President!”

At times, McConnell has responded to the former president’s barbs.

McConnell also recently threw shade at Trump after many of his endorsed GOP candidates failed to beat their Democratic rivals in the midterm elections.

“Hopefully in the next cycle, we’ll have quality candidates everywhere and a better outcome,” he told reporters after the election.

Trump is the only major candidate who has launched a 2024 presidential bid. McConnell on Tuesday told the local radio station, “I hope we nominate someone who can win.”