KUALA LUMPUR (Reuters) – Anwar Ibrahim has ramped up campaigning this week to be Malaysia’s leader, buoyed by polls putting the veteran opposition leader ahead in a closely fought contest. 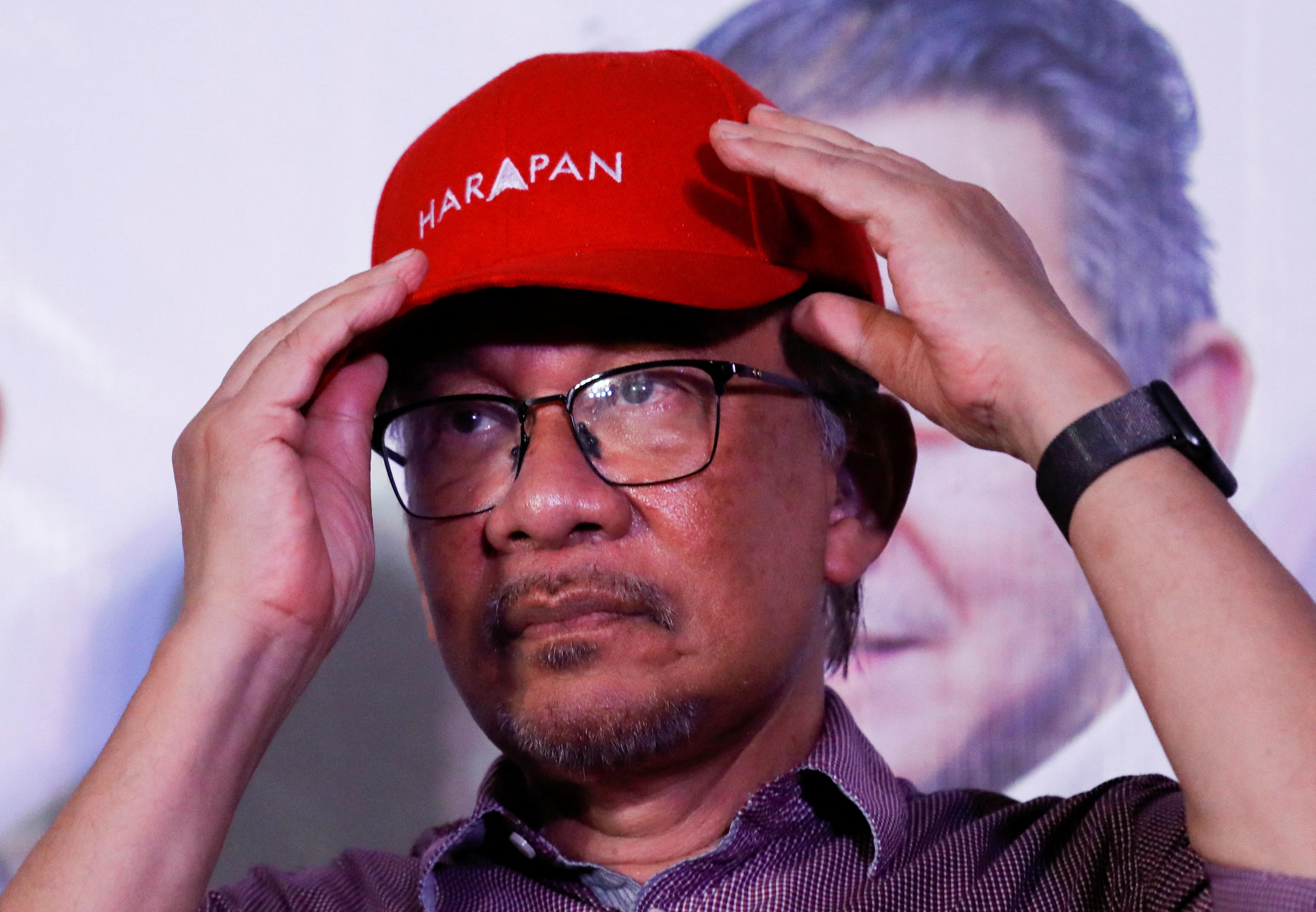 Saturday’s general election looks to be the Southeast Asian nation’s tightest since independence in 1957, with opinion polls predicting no party or coalition will get enough seats to form a government.

But Anwar – who in 25 years has gone from the heir apparent of Malaysia’s longest-serving leader to a prisoner convicted of sodomy to the country’s leading opposition figure – has the best shot of finally taking the reins of power, the polls suggest.

Prime Minister Ismail Sabri Yaakob’s Barisan Nasional alliance had been favoured over the past year, rising on victories in two local polls with its opponents divided.

Now, though, Anwar’s Pakatan Harapan coalition is forecast to secure the largest share of seats at 35%, according to a survey by British research firm YouGov on Wednesday. The Perikatan alliance led by the previous prime minister, Muhyiddin Yassin, is on course for up 20% of the vote, with Barisan at 17%, the survey showed.

Anwar, a former finance minister, has appeared at big rallies vowing to create political stability, heal divisions between the Muslim-majority Malays and other ethnic groups and restore the economy by bringing in jobs and investment.

“This election is not about changing the prime minister,” Anwar said in an address on Thursday. “This election is the best chance to save the country and make sweeping changes to restore our beloved nation.”

‘TOO CLOSE TO CALL’

Anwar heads a multiethnic coalition, while Barisan and Muhyiddin’s Perikatan are led by parties that prioritise the interests of Malays. Race and religion are divisive issues in multi-racial Malaysia, where ethnic Chinese and Indians make up about 30% of the electorate.

Anwar’s alliance could lose if other blocs team up against it, analysts say, with smaller political coalitions based in Borneo island’s Sabah and Sarawak states potentially playing kingmaker.

In the event of a hung parliament, Anwar’s Pakatan could have an advantage in attracting allies, as divisions and infighting made the other two major coalitions “inherently unstable”, said Bridget Welsh of the University of Nottingham Malaysia.

But she said many seats remained too close to call, as 15% to 30% of the electorate are undecided, according to Welsh and a survey by independent pollster Merdeka Center.

Anwar’s more than two decades as an opposition figure have included nine years in jail for sodomy and corruption, charges he says were politically motivated.

He was released from prison in 2018 after joining hands with former Prime Minister Mahathir Mohamad, both his mentor and long-time rival, to defeat Barisan for the first time in Malaysia’s history amid public anger at the government over the multibillion-dollar 1MDB scandal.

Mahathir became prime minister for a second time in 2018, promising to hand over power to Anwar within two years, but the coalition collapsed in 22 months due to infighting over the transition.

Muhyiddin briefly became premier, but his administration collapsed last year, paving the way for Barisan’s return to power with Ismail Sabri at the helm.