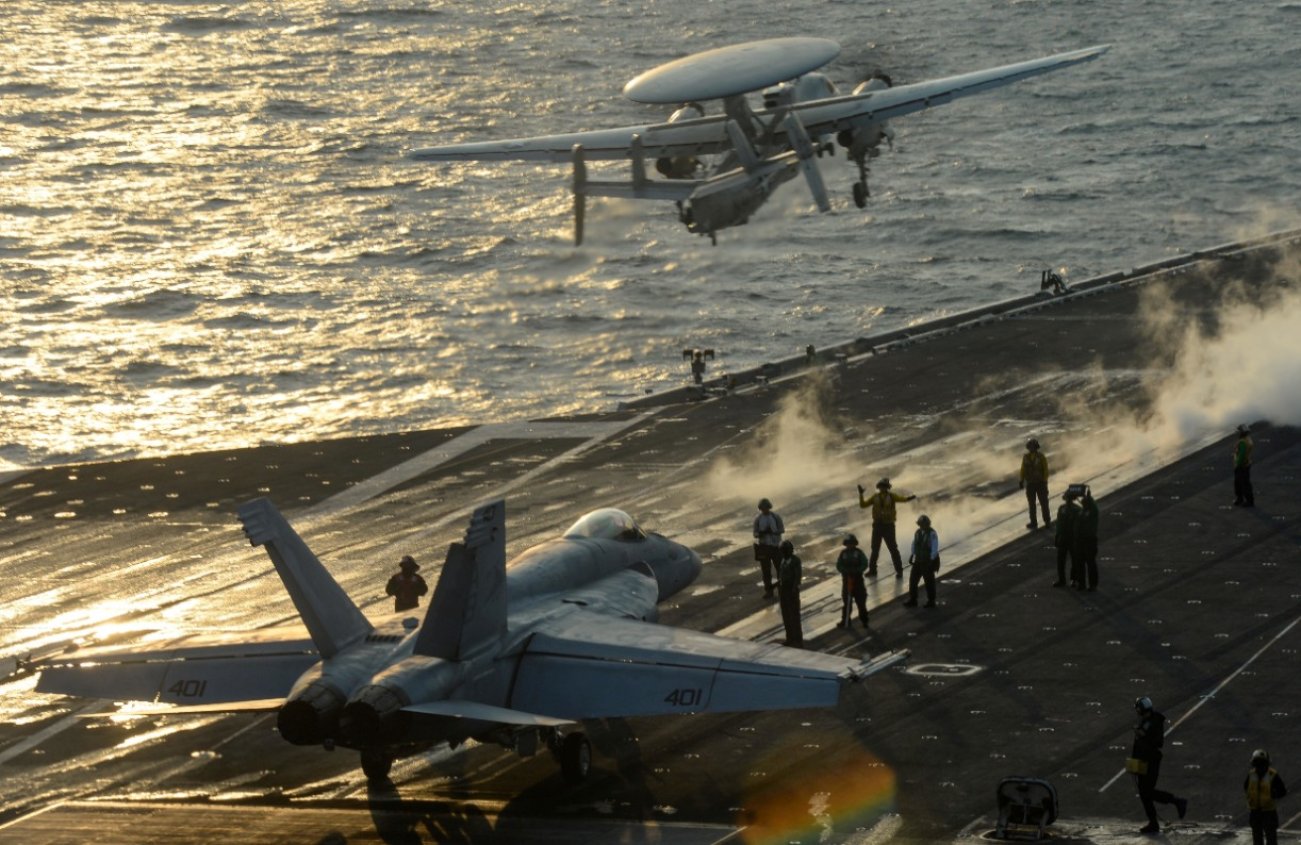 The U.S. Navy might object to this line of reasoning.

Here’s What You Need To Remember: A new Ford-class supercarrier costs around $13 billion. An America-class assault ships costs just $3 billion. A light carrier based on an amphibious ship “might be a low-risk, alternative pathway for the Navy to reduce carrier costs if such a variant were procured in greater numbers than the current carrier shipbuilding plan,” California think-tank RAND explained in a 2017 report.

Cheaper and easier to build and maintain than 100,000-ton supercarriers are, light carriers might seem like an attractive option for many navies that are trying to enhance their at-sea aviation capabilities.

But the U.K. Royal Navy, which is struggling to afford the two 70,000-ton Queen Elizabeth-class carriers it’s building for a total of $10 billion, should ignore light carriers, U.K. Defense Journal’s George Allison argued. This despite the Royal Navy having operated 22,000-ton Invincible-class carriers are recently as 2014.

For example, the Invincible class typically hosted around 12 Sea Harriers and with that their decks were fairly crowded. Tabloids often like to quote 12 as the maximum number of F-35Bs the new Queen Elizabeth class will be able to carry, however this is nonsense.

The three Invincible-class carriers, which the Queen Elizabeth class will replace, operated small and relatively low-performance Sea Harriers. The larger F-35 that will operate from the new carriers is more effective than the Sea Harrier. It carries much more and it flies much faster and much farther.

It’s also a more complicated aircraft, requiring more equipment and personnel. A carrier accommodating as many F-35Bs as the Invincible accommodated Sea Harriers would be far larger by necessity in order to effectively operate the modern, larger aircraft.

The U.S. Navy might object to this line of reasoning. USS Wasp in March 2019 deployed to the Indo-Pacific region with no fewer than 10 F-35Bs on board. An assault ship usually embarks just six F-35s or older AV-8B Harrier jump jets.

As the Marines in recent years began replacing old AV-8Bs and other jets with “fifth-generation” F-35s, planners dusted off the “Harrier carrier” concept and rebranded it as the “Lightning carrier.” Other naval experts simply refer to the Harrier and Lightning carriers as “light carriers.”

And a light carrier could help the Navy shift to a more survivable fleet design. Worrying over the increasing lethality of Chinese and Russian anti-ship missiles, in early 2019 the Navy proposed to decommission the supercarrier USS Harry S. Truman 25 years early in the 2020s, dropping the fleet of large flattops to 10 in the medium term and as few as nine in the long term.

A new Ford-class supercarrier costs around $13 billion. An America-class assault ships costs just $3 billion. A light carrier based on an amphibious ship “might be a low-risk, alternative pathway for the Navy to reduce carrier costs if such a variant were procured in greater numbers than the current carrier shipbuilding plan,” California think-tank RAND explained in a 2017 report. “Our analysis suggests a two-to-one replacement.”

Japan, too, is converting two assault ships into light carriers embarking F-35Bs. South Korea in theory could do the same with its own two assault ships. But the British fleet should stick to large carriers, Allison wrote.

Larger vessels do not have to be resupplied as often, impacting both the effectiveness of the carrier and her vulnerability. Because a carrier is more vulnerable when being replenished, the vessel typically withdraws from station for that function. Much of the time lost is the time spent heading away from station and returning. The smaller the carrier, the more time lost and a bigger logistics chain required in support.

A larger ship is likely to survive damage that will sink or disable a smaller one. The smaller the proportion of a ship that gets damaged, the better the chance that the ship can survive the damage and keep on fighting. It takes sheer size to provide enough protection against all the weapons likely to be used against a carrier, from bombs to cruise missiles to torpedoes.

The Queen Elizabeth-class carriers “are not the largest class of carrier in the world but they are most likely the smallest and least expensive carrier the Royal Navy could build which still have the advantages that large carriers offer,” Allison concluded.

David Axe serves as Defense Editor of the National Interest. He is the author of the graphic novels  War Fix, War Is Boring and Machete Squad. This piece was originally featured in April 2019 and is being republished due to reader’s interest.